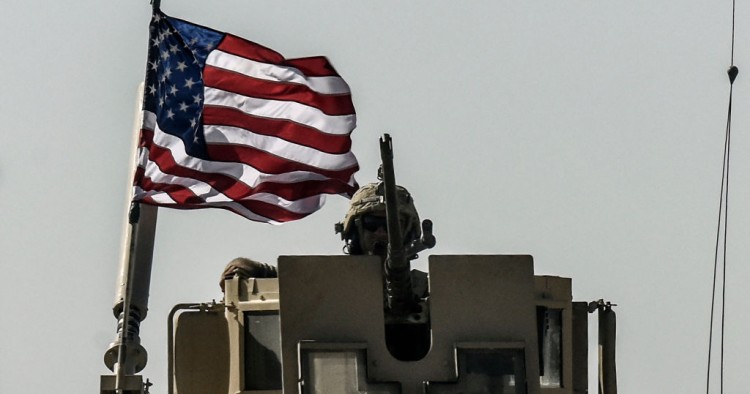 The Trump administration inherited a number of complex problems in the Syrian file from its predecessors in the White House. In dealing with the Syrian crisis, the Obama administration had three main priorities: not disturbing Iran in Syria during the process of nuclear negotiations, working with Russia toward a ceasefire in various parts of Syria (without trusting that Russia could deliver or should have the upper hand), and, most importantly, carrying out a limited military intervention in the northeast to defeat ISIS — an issue it considered separately from the Syrian crisis.

So America’s cooperation with the Kurdish People’s Protection Unit (YPG) forces was a temporary decision that served both sides’ interests. Those planning the war against ISIS did not care much about the long-term implications of this alliance, and there was no other local partner that fit the Obama administration’s political objectives.

The Kurdish leaders have a historical relationship with the Damascus regime and maintain ties with Iran. Their demands were purely related to their cause and Kurdish nationalist communist ideology. They were totally separate from the demands of the Syrian people, who were calling for regime change, the release of thousands of political prisoners, and many other similar things. Their demands also line up with the red lines laid out by Turkey on dealing with the Kurdish crisis, which has a historical and cultural context that is completely different from that in Syria.

The Trump administration has been openly opposed to the Iran nuclear deal and Iran’s influence in the Middle East more broadly. For U.S. policymakers, the American presence in northeastern Syria is an important tool in their effort to counter Iranian influence and apply economic and political pressure on the Assad regime to comply with international resolutions related to resolving the Syrian crisis and defeating ISIS.

The long-running dispute between Turkey and the Kurds remains unresolved, and steps taken by the leaders of the Kurdistan Workers’ Party (PKK) have only exacerbated the crisis. Two recent examples, both from July 2019, are an op-ed published in The Washington Post that considered northeastern Syria a part of Kurdish territory and asked Turkish President Recep Tayyip Erdogan to negotiate a solution to the Kurdish crisis — a move that crossed all the Turkish red lines and would not have happened without U.S. support — and the decision to receive the commander of the Syrian Democratic Forces (SDF) in Geneva and sign an international agreement on child protection with the group.

Following President Donald Trump's announcement of the withdrawal of U.S. troops from Syria on Oct. 9, the situation has changed rapidly, with the launch of Turkish military operations in the northeast, the U.S.-Turkish agreement on the establishment of a safe zone, the withdrawal of Kurdish forces from these areas, and the Turkish-Russian agreement on the border. An important question remains for us as Syrians, however: Is there a mechanism to maintain the objectives set out by the administration for a solution in Syria by continuing the economic and political pressure on Iran and the regime as well as the fight against ISIS sleeper cells given the U.S. withdrawal?

It seems there is a solution provided there is political will.

Media reports suggest that the U.S. plans to keep some soldiers in Syria to protect the oilfields in the east and achieve the administration’s objectives, but as a quick look at the map makes clear, that goal seems impossible to achieve without the participation of the local population.

Deir ez-Zor province is the only part of Syria where the U.S. objectives remain effective, provided America maintains its influence.

When ISIS dominated the region, the local population suffered the most, and it is estimated that the group killed more than 10,000 people. There is a strong desire for revenge among local people given the suffering they endured under the ISIS occupation, and even during the liberation of these lands. There are still sleeper cells in the area, especially close to the Iraqi-Syrian border, and ISIS members are threatening to kill people who cooperate with coalition and Kurdish forces. ISIS continues to blackmail people financially and the situation is expected to worsen if coalition forces withdraw without making domestic and international arrangements.

At the same time, regime forces and Iranian militias have not stopped for a moment their efforts to make demographic and religious changes in Deir ez-Zor under their control, resettling Shi’a families from Iraq and building new military bases. Qassim Soleimani has not stopped visiting the region and threating its people, reminding them what will happen the day after the U.S. withdraws. He keeps inviting them to join the Iranian project and has provided significant grants, financing, and relief facilities.

All of these threats and temptations have been rejected by the population and the tribes.

A large number of people from the region have been in the regime’s prisons since 2011, and the destruction and massacres carried out by its forces in 2012 at the beginning of the revolution are still fresh in their memory. No one trusts the regime, and there is a strong desire to defend their land.

In addition, there is a large bloc of different Arab clans within the SDF. They participated in the liberation of the territories, cooperated with the American forces, learned from them, and their martyrs and wounded number in the thousands. These forces are well trained and ready to continue the mission of fighting ISIS and reining in Iran, quite apart from the Turkish-Kurdish dispute, provided they have political cover and protection. Ensuring these soldiers remain part of any coming arrangements the U.S. government makes to protect Deir ez-Zor and its oilfields will be essential to the success of this mission and will help to battle radicalization.

These political and social bodies, which bring together tribal leaders along with members of civil society and activists and represent the major existing clans, will play a key role in the coming days by shaping the region and gathering people and clans to take a stand on current developments. For tribal leaders, the main goal is to spare their families from death and displacement. The SDC makes sure to prevent any communication between these leaders and the international community, however. They want to paint the northeast as a Kurdish area when in fact the Kurds represent only a third of the population there.

If the U.S. administration wants to continue its policy to achieve its goals against Iran, ISIS, and the Assad regime while maintaining a limited footprint on the ground, it has a local partner whose territory extends all the way along the Syria-Iraq border, shares the same goals, and has all the ingredients to succeed — if only there is the will on the part of U.S. policy makers to take advantage of the opportunity. If they fail to do so though, Russia will not waste this opportunity and will offer the locals the promise of immunity from the regime and other privileges in the hopes of shifting the area against the Americans.

Bassam Barabandi is a former Syrian diplomat and the co-founder and director of external relations of People Demand Change. The views expressed in this article are his own.