Using the Convention against Torture to hold Syria to account 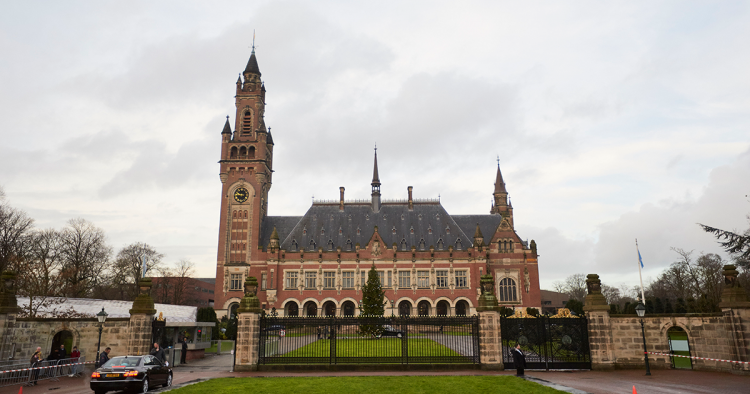 Last month, the Netherlands announced its intent to hold Syria responsible for gross human rights violations and torture under the U.N. Convention against Torture (CAT). With only one other case — Belgium v. Senegal — brought to the International Court of Justice (ICJ) under the CAT, the Netherlands is entering relatively uncharted waters. Indeed, it would be the first country to litigate the substance of Article 1 of the Convention. While it is unlikely that the Netherlands’ claims will reach the ICJ for another year or more, its announcement serves as an important step in the push for broader accountability in Syria.

It is an unquestionable truth that the Syrian government has engaged in egregious human rights violations, including sadistic acts of torture. The military defector — code-named Caesar — smuggled nearly 55,000 photos taken between May 2011 and August 2013 of approximately 11,000 heavily brutalized and mutilated corpses of people who had been detained by the Syrian regime. Despite the torture, many families were able to learn the fate of their loved ones through the photos. In addition, multiple survivor groups have formed and provided their testimony of the inhumane torture they endured while under regime detention to both media outlets and international bodies. European courts have investigated and even prosecuted officials of the Syrian regime for engaging in or overseeing torture. The Netherlands will most certainly have no shortage of evidence — both visual and testimonial — to make its case against Syria.

Making the case in the ICJ

So how can the Netherlands make a claim under the U.N. CAT? Both the Netherlands and Syria are parties to the CAT and have not made any reservations to the Convention’s dispute resolution clause outlined in Article 30. This states, “Any dispute between two or more States Parties concerning the interpretation or application of this Convention which cannot be settled through negotiation shall, at the request of one of them, be submitted to arbitration. If within six months from the date of the request for arbitration the Parties are unable to agree on the organization of the arbitration, any one of those Parties may refer the dispute to the International Court of Justice by request in conformity with the Statute of the Court.” In other words, under the CAT, there are three main steps to dispute resolution: negotiations, arbitration, and finally, referral to the ICJ.

On Sept. 18, the Netherlands announced that it had notified Syria by diplomatic note of its intention to hold the government accountable under the CAT. The Syrian government was quick to respond that the Netherlands was “the last one ... to talk about human rights” based on its support and financing of “terrorist organizations.” This messaging is a common attack by the Syrian government of any political or humanitarian support to opposition actors or individuals based in areas outside of its control. At the time of this writing, it is unclear if the Syrian government has provided the Netherlands with a more substantive response or engaged in a meaningful negotiation of the claims of torture.

It is assumed that Syria will not cooperate in the process — ignoring the Netherlands’ attempts at negotiations and arbitration — and that the Netherlands’ claims will make their way to the ICJ. Looking at precedent, there are multiple examples of states declining to respond to claims made by other states or to even participate in the ICJ’s proceedings. Yet unlike domestic law, where one party’s non-participation can lead to a default judgement, the ICJ will proceed with only one party and — jurisdiction permitting — rule on the merits of the claims.

While Syria may deny the ICJ’s jurisdiction over it, the country is a member of the U.N. Article 93 of the U.N. Charter clearly states that “All Members of the United Nations are ipso facto parties to the Statute of the International Court of Justice.” Further, states are deemed to have accepted the ICJ’s jurisdiction “by virtue of a jurisdictional clause” in a treaty. Both the Netherlands and Syria have accepted the jurisdiction of the ICJ by failing to make reservations to the CAT’s dispute resolution clause in Article 30.

The impact of a ruling

In the only other case brought to the ICJ under the CAT, Belgium filed claims against Senegal for failing to either prosecute the former President of Chad Hissène Habré — who had been granted political asylum by the Senegalese government — for alleged acts of torture and crimes against humanity or failing to extradite Habré to Belgium to face prosecution. The ICJ found that it had jurisdiction on Belgium’s claims based on Articles 6 and 7 of the CAT and that Senegal had in fact failed to comply with its obligations under the CAT. The ICJ eventually ordered Senegal to cease its wrongful act and take the necessary measures to prosecute Habré if it did not extradite him.

Though the ICJ lacks any enforcement mechanisms, its future ruling on the Netherlands’ claims would be the first time an international court makes a legal finding on the state use of torture in Syria — a fact that has been meticulously documented by both Syrian and international human rights organizations and forensically authenticated by intelligence bodies. While an ICJ ruling is unlikely to end Syria’s use of torture, it could open the door to additional efforts at finding accountability, including further attempts at a referral to the International Criminal Court or as evidence for cases brought under universal jurisdiction — where a national court can claim jurisdiction over a few types of international crimes, including war crimes, crimes against humanity, and torture regardless of where the alleged crime was committed or the nationality of the perpetrator. It is still too early to tell how the Netherlands’ action will play out. Yet, it is most certainly a positive step forward in efforts to hold Syria to account for its horrific and mounting crimes over the past decade and beyond.

Reem Salahi is a non-resident scholar with the Middle East Institute’s Syria Program and a senior advisor to the International Commission on Missing Person’s Syria/MENA Program. The views expressed in this piece are her own.