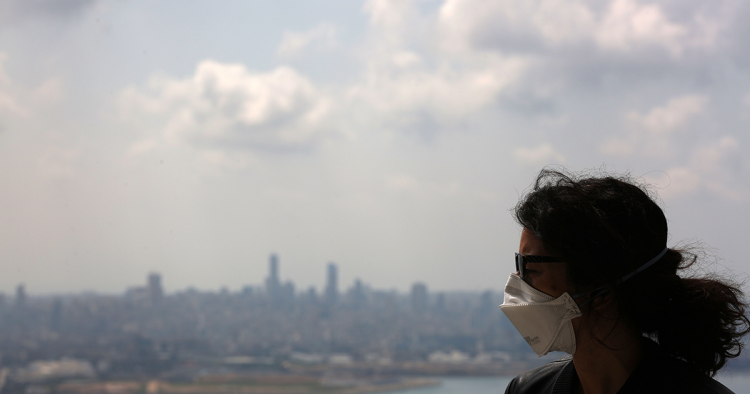 Projecting the Middle East into the future, climate change tops the challenges facing the region. With rising temperatures, higher sea levels, desertification, and the increasing frequency of extreme weather events, climate impacts are widely felt in everyday lives. To be sure, conditions vary given geographic diversity, but while heat stresses may be more extreme in the Arab Gulf, food and water security undermine long-term livability throughout the Middle East.

Almost two-thirds of the population of the Middle East lives in cities, well above the global total of just over half. This rate is expected to increase further, making the region among the most urbanized in the world. Population increases will undoubtedly heighten the challenges of urban livability for cities where most dwellers struggle to secure basic amenities and often rely on ad-hoc, heavily polluting solutions for their energy. Conversely, the concentration of population in urban areas could provide a significant opportunity to change how things are done. Indeed, as the weight of cities expands, so can their positive influence.

Environmental scientists now widely attribute the dramatic global warming to carbon emissions induced by human activities, making climate impacts less of an unfortunate destiny than the impact of social practices. Much of these emissions come from cities. The trends are particularly alarming in the Middle East, where carbon emissions have continued to grow over the past three decades. This does not need to be the case. If properly empowered as units of governance, cities have unique opportunities to reduce their negative impacts and address the climate challenges. They have, to guide them, the accumulated experiences of numerous cities across the globe that have begun to take action and adopt green and viable pathways. To give one example, high urban densities facilitate reliance on shared transportation systems and encourage transport-oriented development that enhances long-term sustainability. While several cities in the Middle East have experimented with public transport, none provides a reliable public mobility system. Dense urban quarters also provide good opportunities for greater energy efficiency.

A prerequisite for cities to play a favorable role is a transformation of the structures of urban governance. Today, almost all city authorities in the Middle East are subjected to multiple levels of controls and oversight that prevent them from realizing their political and economic potential. Despite numerous commitments to decentralization, power is rarely devolved from heavily centralized states. Furthermore, the absence of minimal levels of democratic representation generates severe rifts between local authorities and the populations they claim to serve. As a result, rather than empowering a better response to the challenges of climate change, cities in the Middle East are enduring the outcomes and exacerbating the trends.

Today, all cities in the Middle East lack the necessary social and physical infrastructures to mitigate the impacts of climate challenges. This is alarming. There is ample evidence that cities with deficient social and physical infrastructure and dysfunctional governance systems are more severely impacted by climate change.1 Worse, given the region’s beguiling inequalities, such impacts will predictably be unevenly distributed, reinforcing vulnerabilities for those already suffering from a manufactured precarity associated with disenfranchised economic or social statuses.2 This includes the unusually high number of refugees, migrant workers, and women-headed households, all of whom are known to live in precarious conditions. It is predictable that if so-called “acts of nature” unfold, the homes of such vulnerable households will be less prepared, lives will be unnecessarily lost, and the elements that sustain precarious livelihoods more easily devastated. Needless to say, the aftermath will likely reproduce the same inequities, as relief strategies will tend to ignore the needs of these same populations whose lives are considered unworthy. The pattern is all too well known and has been closely documented within and outside the region, in the aftermath of all types of disasters, whether climate-related or not.3

It would be ludicrous to assume that new urban development or so-called “smart city” technologies can address the climate challenge. Newly designed model cities that have been widely advertised in the region present at best a diversion from addressing the actual problems. Technology can undoubtedly provide options, yet it is dangerous to reduce needed responses from deep-seated problems to easy fixes. A heavy reliance on advanced technologies is also likely to reinforce inequalities. Pathways can only be forged with adequate institutional frameworks and the will to reconsider lifestyle choices. As such, cities in the region need to urgently reevaluate their priorities, re-examine their social and physical infrastructures, and assess their ecological conditions. For this to happen, it is imperative to revisit the structure of their governance. As long as city authorities are disempowered, subdued by a dysfunctional political system, and subjected to debilitating oversight, they will be unable to respond to these challenges.

In the end, the climate question, like any other challenge facing our cities today, is only secondarily technical. Only through better governance and more inclusion can we create the kind of ecologically viable cities that many citizens of the region already aspire to but lack the institutional channels to attain. Urbanization presents an opportunity only if city authorities are empowered to seize it.

Mona Fawaz is professor in Urban Studies and Planning at the American University of Beirut (AUB), the co-founder of the Beirut Urban Lab at AUB, and a non-resident scholar with MEI’s Lebanon Program.