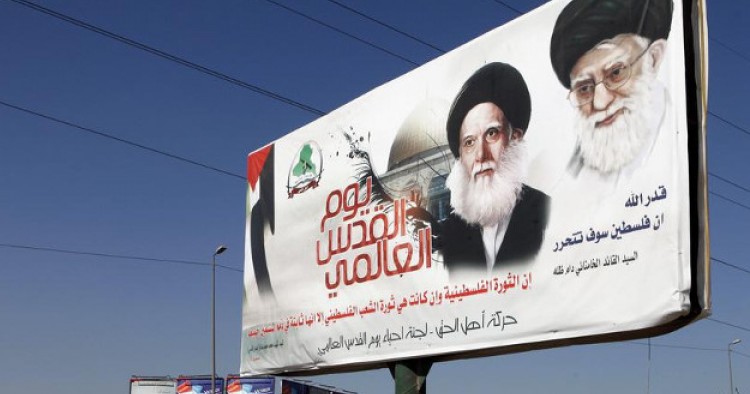 Iraqis in the city of Kufa of Najaf Province held a protest rally against Iran and its Iraqi proxies and attacked the offices of the Badr Organization, according a video clip circulating in social media and published in some Arab outlets. It is not clear when the protest occurred. In the video, protesters are seen ripping up images of Iran’s Supreme Leader Ali Khamenei and Hadi al-Amiri, the leader of the Badr Organization, a powerful group within Iraq’s Popular Mobilization Forces (P.M.F.) and with close to Tehran. According to Kurdish Rudaw news outlet, P.M.F. Deputy Committee Chairman Mu'ayyin al-Kadthimi said that this is an attempt to mislead public opinion and “target prominent figures such as Hadi al-Amiri” ahead of Iraq’s upcoming parliamentary elections.

Comment: It is difficult to confirm whether the protest actually happened in Najaf, but if it did, it would not be the first time that Iraqis, including Shiites, are raising their voices against Iran and its Iraqi allies. Earlier this year, for example, Qais al-Khazali, the leader of Asa’ib Ahl al-Haq, another Iranian-backed P.M.F. group, was heckled by university students in the Iraqi city of Diwaniya with the chant: “Iran, out, out. Baghdad will remain free.” In April, Iraqi authorities also ordered a probe into “acts of vandalism” after posters of Khamenei and Iran’s Iraqi allies were torn down in Baghdad.

The latest incident, however, comes at a time when Iran’s allies within the Iraqi Popular Mobilization Forces (P.M.F.) are gearing up for next year’s parliamentary elections slated for May 15. Last week, several Iranian-backed P.M.F. groups led by the Badr Organization announced the formation of a new political bloc, tentatively called the "The Mujahideen Alliance." The new alliance consists of pro-Iranian and anti-American groups Asa’ib Ahl al-Haq, Harakat al-Nujaba, Kata’ib Hezbollah, Kata’ib Jund al-Imam, Kata’ib al-Tiar al-Rasali. Ahmed al-Asadi, who just resigned as P.M.F. spokesman, will serve as the spokesperson for the new political alliance.

The participation of the P.M.F. groups, particularly ones associated with Tehran, will likely trigger controversy in the elections. While leaders of the P.M.F. groups may resign from their official positions, they will still be indirectly in charge of the military wing of their respective groups.

In a meeting last week, the Special Representative of the U.N. Secretary-General for Iraq, Mr. Ján Kubiš, and Iraq’s top Shiite authority, Sistani, agreed that the P.M.F. should not be involved in the elections. Prime Minister Haider al-Abadi has also recently banned militia leaders from participating in the vote.

The recent protest in Najaf, home to Iraq’s top Shiite religious leaders, also demonstrates the diversity of the Iraqi Shiites. While groups such as the Badr Organization and Asaib Ahl al-Haq are more accountable to Tehran than Baghdad, a vast majority of Iraqi Shiites follow Iraq’s Grand Ayatollah Ali Sistani and are nationalist and loyal to their country and Arab identity.