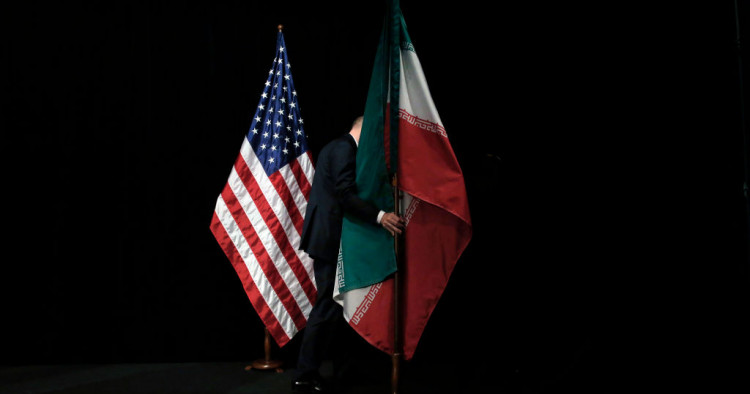 The Iranian authorities anticipate that President Joe Biden’s visit to the Middle East is aimed at one top priority: to reaffirm the U.S. commitment to its partners in the region.

To achieve this goal, the expectation in Tehran is that Biden will make some concessions to America’s regional partners, such as Israel and Saudi Arabia. The Iranians are very hopeful that such concessions will be limited and not capsize the already tenuous U.S.-Iran nuclear talks.

That said, Tehran does not seem to anticipate Biden’s visit will result in the launch of a new regional military alliance aimed at Iran and spearheaded by Washington.

This Iranian reading might well be correct. But at the same time, Tehran also accepts that the U.S. does have the motivation and ability to mobilize its partners in the Middle East at a time when the Russian invasion of Ukraine is propelling Washington to rebuild its reputation as a dependable security guarantor for its partners in Europe and East Asia, as well as the Middle East.

Biden’s goals as Iran sees it

President Biden is set to arrive in the region at a time when U.S.-Iran nuclear talks are at a critical standoff, over a year after the Biden administration resumed negotiations.

The last round of talks in late June in Doha came to naught. More talks are likely but the basic question facing America’s allies in the region is whether Washington has a Plan B if the diplomatic track fails. From skeptical members of Congress to U.S. partners in the region, there is feeling that the Biden team does not have a backup plan to deal with Tehran.

Instead, both Iran and the U.S. resort to pressure tactics, each assuming time is on their side as they maneuver for the best possible deal. Tehran resorts to the usual instruments: downgrading its compliance with its various nuclear obligations as a way to pressure the U.S., while Washington has two tools at its disposal, or so the Iranians believe.

First, the U.S. raises the prospect of a military campaign to stop Iran’s nuclear program. Second, the Biden White House is seemingly working on the creation of a new regional front against Iran, which is where President Biden’s upcoming visit to Israel and Saudi Arabia comes in.

Tehran has for some time considered U.S. threats of military action as a form of psychological warfare. Most recently, when U.S. media reported that U.S. and Israel have for years closely coordinated around Israeli strikes against Iranian assets in Syria, Tehran took that not as an admission of past U.S.-Israeli military-to-military cooperation in Syria, which is hardly a secret, but as a hint of what might be in store for Iran’s nuclear program.

On this occasion, Iran took the leak to the U.S. press to mean that Washington was signaling that it can covertly facilitate an Israeli campaign against Iran’s nuclear program and regional agenda without overt American involvement. This is an implied way to keep the possibility of military strikes against Iran alive and put Tehran on notice as the nuclear diplomatic track is close to a dead end.

As far as the idea of a new regional front goes, Tehran seems to think that Washington has so far refused to “regionalize” Iran’s nuclear program, meaning that it has not given regional states — such as the Gulf countries — a front seat in the talks with Iran.

The U.S. did this for two reasons. The Iranians have not wanted their Arab neighbors to join the nuclear talks as direct participants. Nor is it clear Washington wanted these countries involved.

Their participation in the talks would have only complicated the process as the Gulf states are as worried about Tehran’s regional agenda — if not more so — than they are about its nuclear program.

What if there is no nuclear deal with Iran?

This basic configuration might be changing, and if so, the rationale for the Biden administration to do so is also linked to the post-Ukraine tectonic shifts in great power competition.

While Tehran does not view the possibility of a U.S. military campaign against it as likely in the foreseeable future, it is anxious to see if Biden’s visit creates new regional momentum against it.

Iran’s fear is that in the absence of a diplomatic resolution to its nuclear program, the price the U.S. has to pay to keep the Gulf states on America’s side — against Russia and China — is to deepen its security cooperation with these countries, whose top security concern is Iranian actions.

In such a scenario, Tehran might have to count on a more robust American-led, including kinetic, pushback against Iran and its allies in places like Iraq, Syria, or Yemen. The net outcome would be greater pressure on Iran’s regional agenda and network of allies — from being able to supply arms to Hezbollah in Lebanon to sponsoring the pro-Shi’a militias in Iraq and the pro-Iran Houthis in Yemen.

Such a campaign is already happening, albeit on a smaller scale. The U.S. and Israel are today working together to, for example, stop the flow of weapons to pro-Iran militants in Syria or Hezbollah in Lebanon.

But this campaign can be deepened and expanded to include more regional states — such as the Gulf states — that share the U.S. and Israel’s apprehensions about Iranian regional actions. This is Tehran’s greatest fear about what might come out of Biden’s visit.

Biden’s trip to the Middle East is focused on Iran but it is broader than that. In fact, it is no secret in Washington that Biden’s primary aim is to help Israel and Saudi Arabia move closer to each other.

The Iran factor helps this process since both Jerusalem and Riyadh share the same trepidations about Tehran’s regional actions. But Biden’s aims are likely grander: for the U.S. to once again be the undisputed security provider to its allies in the Middle East and act as a coordinator among its allies and partners in the region. Hence, the U.S. push to act as a go-between for Israel and Saudi Arabia.

From Biden’s perspective, the logic is straightforward. Why sideline regional allies, or ignore their fears, in confronting the Iranian nuclear program, when those same allies are needed in the likely protracted competition against Russia and China that is already under way and could last for years or even decades to come?

If this line of analysis is accurate, then the issue of Iran is not only one part of, but a key driver behind, a new U.S. push to reinstate its role as the dominant actor in the Middle East. It would suggest a newfound U.S. commitment to the region. Nonetheless, this represents crunch time for Tehran.

The Iranian regional agenda — what the ruling Islamists in Tehran call the “Axis of Resistance — has already cost the Iranians dearly in blood and treasure. Iran’s economy is on the brink thanks to the hundreds of sanctions imposed on it due not only to its nuclear program but also its regional activities.

Tehran does not expect that Biden’s visit will result in the creation of a Middle Eastern NATO with Iran as its key nemesis. For that to happen, a lot more regional readjustments are needed.

But Biden’s visit might just initiate new practical efforts by the U.S. and its partners to challenge Iran’s regional agenda and raise the costs and risks for Iran’s Supreme Leader Ayatollah Ali Khamenei and the Revolutionary Guards, the two powerbrokers in Tehran most invested in upholding the “Axis of Resistance.”

Alex Vatanka is the director of MEI’s Iran Program and a senior fellow with the Frontier Europe Initiative. His most recent book is The Battle of the Ayatollahs in Iran: The United States, Foreign Policy and Political Rivalry Since 1979. You can follow him on Twitter @AlexVatanka.