A wake-up call: The Idlib crisis and its effects look set only to worsen 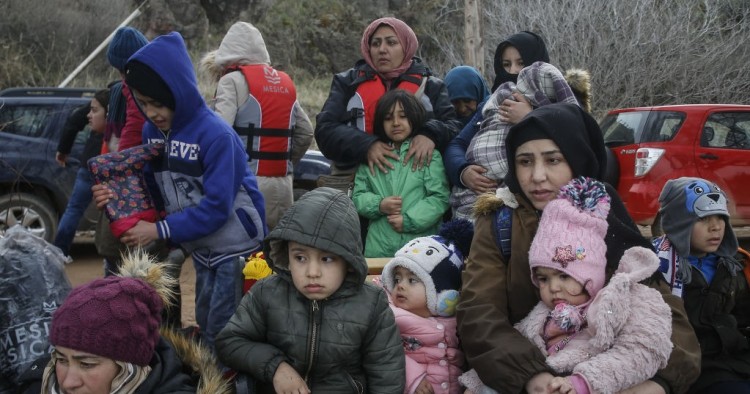 The death of at least 33 Turkish soldiers and wounding of 60 more in Syria’s Idlib on Thursday night was a game-changing development. According to informed sources, the troops were operating in a two-story frontline command headquarters when it was attacked from the air, at night, with precision munitions, including 1.5-ton “demolition bombs” — all clearly indicating the involvement of Russia’s Air Force. As the attack unfolded, Turkish requests to Russia’s command center in Hmeymim Airbase to allow helicopters entry to evacuate casualties were repeatedly denied. In the end, dozens of Turkish troops were driven in ambulances and trucks to the Turkish border, 55 km away — at least an hour’s drive, through an active warzone. Whether the strikes were Syrian or Russian, the message to Ankara was patently clear and the consequences potentially momentous.

Within hours, Turkish leadership had spoken with counterparts in Europe, NATO, and the United States, demanding support. As has been the case for three years, those demands appeared to be swiftly batted aside by statements of “support” and “solidarity.” Then Turkey released all obstacles preventing refugees from heading toward Europe. By Friday morning, border guards had been stepped back; government buses were offering heavily discounted rides to the Greek border; and Turkish TV was following refugees piling onto boats, also destined for Greece. By midday, hundreds had already arrived on Greek beaches and hundreds more were at the land border. For several years, Europe and the U.S. had distanced themselves from the crisis in Syria for fear of prompting a refugee crisis, but as was all too predictable, their indifference and inaction amid the brutal assault on Idlib has started one. With 4 million refugees already in Turkey and 3.5 million more potentially seeking to flee from Idlib, the potential scale of a 2020 migrant flow could far outweigh what Europe faced in 2015.

Whether Turkey’s decision to “open the floodgates” will prove a temporary move or not will likely depend on what happens next in Idlib. The crisis there and its effects represent an existential threat to Turkish President Recep Tayyip Erdogan and his Justice and Development Party (AKP). Another component of Turkey’s response overnight was to air extensive footage detailing dozens of precision drone strikes on Syrian regime targets in Idlib in recent days, conducted in response to previous attacks on Turkish personnel, which until yesterday had killed 21. Based on the footage alone, Turkish drones have destroyed at least 50 Syrian tanks, artillery pieces, howitzers, and armored vehicles in the last two weeks. Opposition group attacks in February have destroyed at least that same number; publicly-trackable pro-regime casualties have amounted to more than 700 dead since December 2019; and the strategic M5 highway is once again cut. Those are extremely painful losses for a Syrian regime already stretched far beyond capacity, but rather than prompting de-escalation or deterrence, they sparked unprecedented escalation. Worse still, two Russian Navy frigates crossed through into the Mediterranean today, armed with Kalibr cruise missiles.

The lessons for Turkey are many, but principal among them ought to be that Russia is not a friend, nor a trustworthy partner. Until now, Turkey has simultaneously underplayed its hand and over-estimated Russian perceptions of Turkish determination or strength. The next few days will be crucially important in determining what happens next. It remains virtually impossible to imagine Turkey ceding Idlib altogether — the stakes at play and the costs that would be incurred are simply too high. But Turkish counter-escalation has similarly huge risks, hence Ankara’s pleas for support from Europe, America, and NATO writ-large.

Western outcry at Turkey’s decision to facilitate refugee movement toward Europe is politically understandable, but the fact that the same level of shock was nowhere to be seen as a million Syrians were displaced in three months and children were freezing to death in open fields speaks volumes. The message is quite clear: What happens in Syria matters little to us in the West, so long as it’s behind a sealed border. The lack of morality is shocking, but the strategic blindness is inexcusable. The crisis in Idlib was never a problem for others to deal with or one that we could ignore — the scale is unprecedented and the implications global. The fact that it was so predictable for so long makes the current impasse all the more shameful. There have been many reasons to censure Turkey in recent years, but for the past year, Turkey has been the only country attempting to stave off an unprecedented catastrophe in northwestern Syria. For too many, the West’s refusal to acknowledge a stake in Idlib or to bolster Turkey’s position there appears to have been driven by animosity toward Turkey, rather than a strategic — and moral — desire to stop the killing in Idlib.

Given that the theater of conflict remains in Syria and not inside Turkey, NATO Article V is out of the question and Article IV consultations are unlikely to bear meaningful fruit. It therefore appears most likely that Turkey will remain alone in dealing with the crisis in Idlib. That presents us with two possible scenarios:

Best case: The “Gazafication” of Idlib

Worst case: The fall of Idlib

There have never been any good options to deal with the crisis in Idlib. Russia made sure of that when it first proposed to the international community the de-escalation zone arrangement — a strategic ploy that fatigued policymakers in the West willingly lent their support to, paving a smooth path for today’s crisis. The best-case scenario is a terrible one and will result in a humanitarian crisis the like of which the world has not witnessed in decades. And yet it could be far worse. If the world wants to avoid a true nightmare from becoming reality, it needs to wake up, get engaged, and acknowledge that inaction is an action. In fact, more often than not inaction can produce far more significant results than action itself. Many warnings have been given in recent years about what a crisis in Idlib could bring. Let’s hope today’s warnings are heard this time.