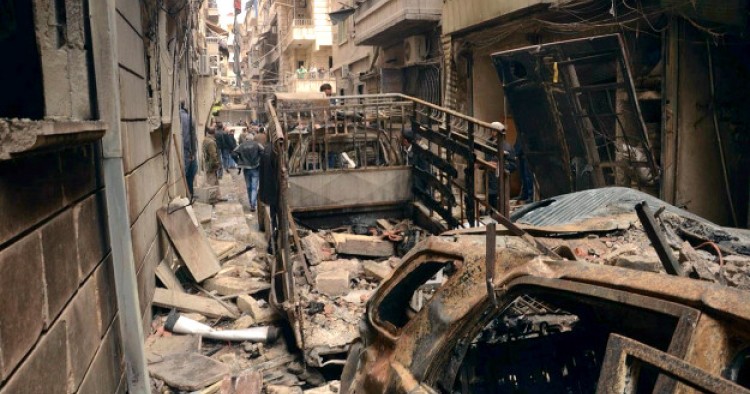 In the first installment of a new series of weekly briefings on the most important regional issues, MEI experts Randa Slim, Alex Vatanka, and Paul Salem analyze recent events including the ceasefire agreement in Syria, upcoming elections in Iran, and Saudi Arabia's suspension of military aid to Lebanon.

The successful implementation of the February 22 agreement for the cessation of hostilities will partially hinge on the United States and Russia agreeing on three practical matters:

Per the agreement, the Syrian regime, the Russian air force and their Iranian, Lebanese and Iraqi allies will have five more days to finish their mopping around Aleppo. If they were serious about a cease-fire, they could have implemented one immediately.

Preview of this week’s Iranian Elections

The Lebanese government, realizing this could have dramatic security and political implications, has already moved to try to walk back Saudi Arabia’s decision. They met today, belatedly, and roundly condemned the attacks on Saudi Arabia’s embassy in Tehran, thanked Saudi Arabia and the GCC for all their support of Lebanon and its armed forces, and the prime minister announced that he would visit the kingdom and other GCC countries right away to try to resolve the issue.

There are fears in Lebanon as to whether the Saudi aid suspension is just a response to recent diplomatic missteps by Lebanon or signals a more profound change of policy.

It’s still possible that the suspension might be temporary; or that it is a prelude to a scaling down of the grant. The $4 billion pledge was made when oil prices were high; the Saudi government has been cutting back across many sectors.

The army has proven effective over the past two years in protecting most of the porous Syrian-Lebanese border against ISIS and Jabhat al-Nusra incursions. Its successes, as well as the ISF’s increasing effectiveness, have given the Lebanese state more credibility in the security sector, even while other governance issues remain log-jammed.

The suspension might also have serious political ramifications. Lebanon’s Justice Minister Ashraf Rifi has already resigned in protest over what he alleges is Hezbollah’s excessive dominance in the government, and if these tensions continue the survival of the government as a whole is in question. Lebanon has already been without a president for almost two years, and more resignations from the government would put the country’s political survival even more deeply at risk.

If the Lebanese-Saudi row is not settled, this could put Lebanon’s precarious stability in serious jeopardy and could add Lebanon to the growing list of countries in the region that have collapsed from the strains of the Syrian war and the tensions of regional proxy conflict.