Western Sahara: It’s Time for the People to Choose 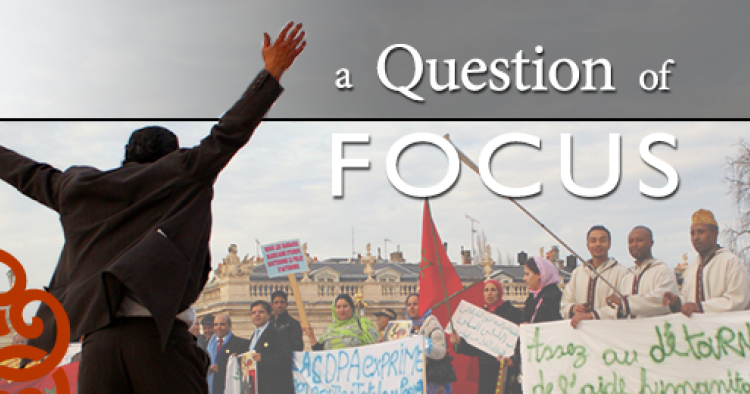 The latest diplomatic dance on whether or not former US Ambassador Christopher Ross should be allowed to continue to mediate UN-led talks between the Frente Polisario and Morocco on the future of Western Sahara is symptomatic of a much bigger problem ― the large powers’ unwillingness to advance an end to a dispute that they mistakenly see as peripheral to their strategic interests, and their resultant acquiescence in the brutal and illegal occupation of Western Sahara by Morocco for more than 35 years.

Western Sahara is not part of Morocco, nor has it ever been. When still under Spanish colonial rule in 1963, Western Sahara was listed by the UN as a Non-Self-Governing Territory, putting it on the same path towards independence traveled by almost all other colonial territories in Africa. Spain was expected and indeed obliged to oversee a process of decolonization that it completely failed to deliver upon. Instead, Spain’s withdrawal in 1975 was knowingly orchestrated to leave the territory to a tripartite administration with Mauritania and Morocco that eventually led to the illegal annexation of Western Sahara by Morocco.

It is therefore not an accident that not one country anywhere in the world has recognized Moroccan sovereignty in Western Sahara, and that the African Union counts the Saharawi Arab Democratic Republic (SADR), governed by the Frente Polisario, as one of its founding members. As the International Court of Justice put it in 1975, “neither the internal nor the international acts relied upon by Morocco indicate the existence at the relevant period of either the existence or the international recognition of legal ties of territorial sovereignty between Western Sahara and the Moroccan State.”

Following Morocco’s “Green March” into the Territory in 1975, and after more than 15 years of fighting between the Frente Polisario and the Moroccan armed forces, a ceasefire and UN Settlement Plan was agreed between the parties and endorsed by the UN Security Council. At its heart was the establishment of the United Nations Mission for the Referendum in Western Sahara (MINURSO). The Settlement Plan provided for a short transitional period for the preparation of a referendum in which the people of Western Sahara ― the Saharawis ― would choose between two clear options: independence or integration with Morocco. All subsequent plans put forward to resolve the dispute, including those brokered by former US Secretary of State James Baker, have revolved around the same principle: it is for the people of Western Sahara to decide their own political future.

Since 1991, Morocco has blocked the holding of the referendum that it itself agreed to and that was the basis for the ceasefire and the Settlement Plan. The UN presence, mandated to organize a referendum within six months of the ceasefire, has been seriously hamstrung by Moroccan interference. This includes restrictions on the freedom of movement of UN personnel, heavy monitoring and restriction of access to Saharawi leaders and human rights activists and, as revealed by the UN Secretary-General in his most recent report (UN Doc. S/2012/197), unlawful interception of the UN’s secret diplomatic communications.

Even worse, Morocco’s chief ally on the Security Council, France ― despite its vocal support for democracy and human rights in the Middle East and North Africa, and its trumpeting of its own virtuous record in this area ― has routinely prevented the Security Council from even allowing the UN to monitor human rights in the Territory. The result is that MINURSO is the only UN peacekeeping mission established since 1978 to be operating without this most basic of capacities, despite the UN itself considering human rights monitoring to be an indispensible feature of modern peacekeeping.

The only logical conclusion is that Morocco has something to hide. It has. In its confidential, internal contribution to the UN Secretary-General’s report on Western Sahara in 2011, the UN’s own High Commissioner for Human Rights said that alleged violations of human rights “demonstrate the critical need for…regular independent, impartial and sustained human rights monitoring and reporting within a clear mandate covering the entire Territory and [the Tindouf] refugee camps.” Moreover, the US State Department’s 2011 Country Report on Human Rights Practices for Western Sahara confirmed “credible reports that [Moroccan] security forces engaged in torture, beatings, and other mistreatment of detainees,” and that “Human Rights Watch, Amnesty International, and local NGOs continued to report abuses, especially of Sahrawi independence advocates.”

But this all pales in comparison to the humanitarian tragedy of the 150,000 or so Saharawis left languishing in refugee camps near Tindouf in southwest Algeria, driven from their homes in Western Sahara by the invading Moroccan forces and thereafter kept at bay by a 1,200 kilometer-long militarized wall (the “Berm”) that separates the Moroccan-controlled portion of Western Sahara from the “Free Zone” controlled by the Polisario (see map here).

Setting aside for a moment the appalling humanitarian consequences of this so-called “frozen conflict,” it is even more disheartening to consider the largely haphazard and piecemeal attempts by the UN and its Security Council to broker a solution. Successive “Personal Envoys” of the Secretary-General ― charged with facilitating negotiations between the two parties ― have lacked the strong backing of the Security Council necessary to force progress. Those envoys appointed since 2007 ― when Morocco presented its disingenuous proposal for Western Saharan autonomy under Moroccan sovereignty, and the Polisario demanded, in accordance with past agreements, a referendum that includes independence as an option ― have tended to focus on the stark differences between the two proposals. But this approach may be flawed, ignoring the simple fact that both parties’ proposals would involve a vote of some kind. So the real question is: Who gets to vote, and on what?

Given the chance, current Personal Envoy Christopher Ross might focus the parties on answering these questions. But Moroccan antics and Security Council inattention have conspired to allow the UN process to drift on aimlessly for years. Unfortunately, Ross’s energy this year has been focused on securing his own job as Personal Envoy following Morocco’s announcement in May that it no longer had confidence in him, making the ridiculous claims that he was “partial” for having dared to detail in the Secretary-General’s latest report Morocco’s systematic interference with MINURSO’s operations.

It would actually not take much to advance the resolution of this long-standing dispute. The United States and France both have bilateral ties with Morocco, but that does not mean that Morocco’s position should be supported at all costs. The US State Department has itself acknowledged that “the Western Sahara dispute remains the primary impediment to regional integration and development goals and Moroccan-Algerian relations.” As a result, the Maghreb suffers from unfulfilled economic potential and a fragmented response to the threat of terrorism that is of increasing concern to the Western powers holding the biggest levers for resolving the dispute in Western Sahara ― the US and France. Facilitating a solution to the Western Sahara dispute is an indispensible piece for solving this regional jigsaw puzzle.

When history, international law, regional geopolitics and security concerns all point to the same conclusion, there is really no other option. It’s time for the Security Council to assume control and accelerate resolution of the dispute by deciding on a clear timetable and deadline for holding a referendum on self-determination, as required by international law. It’s time to let the people choose.