Why Assad’s alliance with Iran and Hezbollah will endure 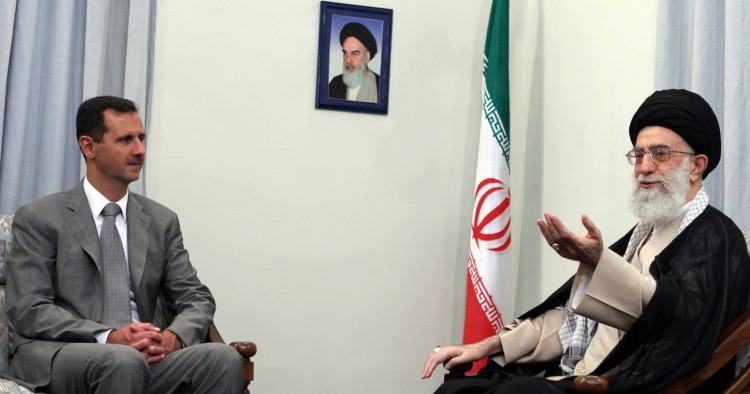 This article was published by IranSource on February 6, 2019.

The Tehran-Damascus-Hezbollah trilateral partnership has been decades in the making. It pre-dates the Syrian civil war, has strengthened as a result of the war and will likely endure in the post-war years.

After the Iranian revolution in 1979, shared enmity of Iraqi President Saddam Hussein, Israel and the United States brought Damascus and Tehran together. Following the Israeli invasion of Lebanon in 1982, Tehran and Damascus joined forces to found Hezbollah, mainly to enhance their respective deterrence capabilities against Israel and the United States. The withdrawal of Syrian forces from Lebanon in 2005, the 2006 Hezbollah-Israel war and Hezbollah’s role in the Syrian civil war since 2012 turned the Lebanese proxy into a strategic partner and earned the Party of God a seat at the grownups’ table.

Tehran has played a careful long game in the Syrian civil war. One component of this game is to outsource most of the fighting to thousands of loyal Syrian militias, Hezbollah and Shia fighters from Iraq, Afghanistan, and Pakistan. By doing so, it minimized Iranian casualties and claimed it had only sent advisors to Syria. Another component is to work with the Syrian authorities to integrate Syrian militias trained and funded by the Islamic Revolutionary Guards Corps (IRGC)—like the Local Defense Forces (LDF)—into Syrian military structures.

Bashar al-Assad needs Tehran and Hezbollah’s assistance to solidify his hold on power. Having emerged victorious from the war against the Syrian armed opposition, Assad now reigns over a destroyed country, an economy that is a fraction of its pre-war size, a deeply polarized population, and a military that will need years to replenish its ranks and to strengthen its capacities. Assad’s ambition to restore and hold control over all of the Syrian territory requires sustained military support from Tehran and Hezbollah. Withdrawal of US forces from Syria adds another stressor on Syrian forces and its allies as it requires diverting resources to sustain the fight against the Islamic State of Iraq and al-Sham (ISIS) which until now has been mainly shouldered by the US and the Kurdish-majority Syrian Democratic Forces (SDF).