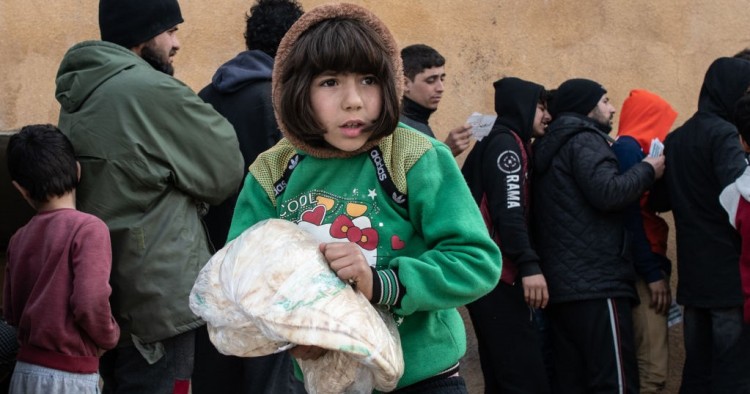 Nearly a million civilians, 81 percent of them women and children, have been displaced from their homes in 90 days in Syria’s northwestern province of Idlib, amid a brutal military campaign by Syria’s Assad regime, Russia and Iran-backed militias.

In the last two months alone, 72 hospitals and medical clinics have been destroyed or forced to close, removing more than 550 healthcare personnel from service. At least seven children have frozen to death in recent weeks. What has resulted is the greatest humanitarian crisis in Syria’s nine-year war and the most significant incidence of human suffering in modern history.

Nearly two million civilians now reside in tent camps or in open fields along the border with Turkey, a country already home to a staggering 3.7 million Syrian refugees.

For Turkish President Recep Tayyip Erdogan, the crisis across his border is an existential one. Already under domestic pressure to encourage refugees to return to Syria, a huge wave of new refugees would kill his future re-election prospects.

Continue reading on The Telegraph