Why Iran’s leadership is opposed to US negotiations despite pressure 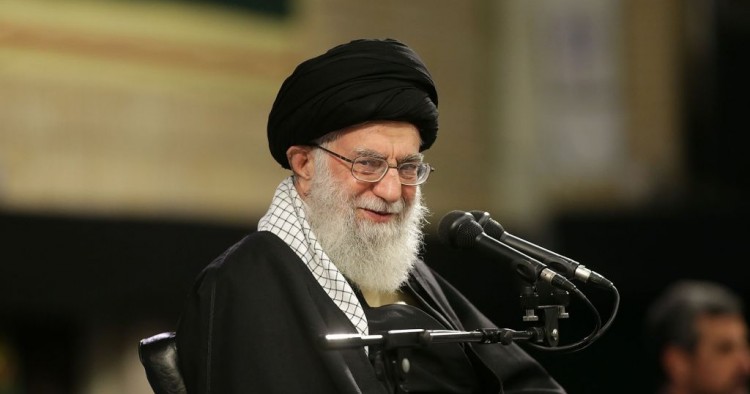 The unprecedented attack on critical Saudi oil infrastructure in Abqaiq and Khurais on Sept. 14 came just days after U.S. President Donald Trump’s dismissal of hawkish National Security Advisor John Bolton had opened a narrow window of diplomacy for Iran-U.S. negotiations to deescalate spiraling tensions. The opening was particularly significant as Bolton’s removal was reportedly prompted by his strong opposition to Trump’s willingness to ease crippling sanctions against Tehran, a major point of contention between the two adversaries.

Even after the massive Aramco strikes and the resulting disruption of Saudi crude exports, the White House refused to rule out a possible meeting between President Trump and his Iranian counterpart Hassan Rouhani on the sidelines of the UN General Assembly (UNGA), until Supreme Leader Ayatollah Khamenei rejected the idea altogether a day later.

In his Sept. 17 speech, Iran’s top decisionmaker did not address the Aramco attack but sounded deeply concerned that a possible Rouhani-Trump meeting or talks “at any level” — bilateral or multilateral — might convey an impression of weakness and “submission” to the U.S. “maximum pressure” campaign.

“The United States regime seeks to definitively prove both to its domestic rivals [Democrats] and to Europeans that the only way to deal with Iran is maximum pressure ... that it worked, and that Islamic Republic leaders were forced to come to the negotiating table despite their claims to the contrary,” Khamenei said. "If the enemy manages to prove that maximum pressure is the remedy for dealing with Iran and works effectively on Iran, Iran and our dear nation will not see the face of comfort anymore."

Khamenei’s strong aversion to negotiating under duress suggests the window of diplomacy will probably remain closed as long as the Trump administration forges ahead with its campaign of economic sanctions and threats of military action. “We should demonstrate that the maximum pressure policy against the Iranian nation is not worth a dime,” he noted, adding “negotiations with America means the imposition of their demands on the Islamic Republic and the display of the maximum pressure campaign’s success.”

Notably, Khamenei also highlighted the “unanimous rejection of talks with the U.S., either bilateral or multilateral” by “Iranian officials, from the president and foreign minister to others,” as if to try to tie their hands and confront them with a fait accompli just in case they harbored any temptations to engage in talks with the United States behind his back. Exposing his deep-seated distrust of the “moderates” at the helm of the Rouhani administration, the “preemptive” stance reflected Khamenei’s grievances against Iran’s diplomacy apparatus. The Iranian supreme leader believes Rouhani and his negotiating team, headed by Foreign Minister Mohammad Javad Zarif, crossed some of his “red lines” during the marathon negotiations that led to the multilateral nuclear accord in the summer of 2015 — officially known as the Joint Comprehensive Plan of Action (JCPOA). The Trump administration scrapped the JCPOA in May 2018 before reimposing comprehensive sanctions on the Islamic Republic, fueling Khamenei’s already strong suspicions about the utility of diplomacy with the United States.

Tehran is also deeply skeptical about America’s true intentions as well as the outcome of talks with Washington at this stage, if they do come to pass, given the mixed and often contradictory signals coming out of the White House.

Even if diplomatic talks do take place between Iranian and American officials, the most they could achieve is the temporary deescalation of spiraling tensions to avoid a military conflict. While this in itself would be a remarkable accomplishment under the current circumstances, it would likely fall short of meeting Secretary of State Mike Pompeo’s “12 demands,” including a complete halt to Iran’s nuclear enrichment activities, missile development, and support for non-state regional allies such as the Lebanese Hezbollah and Palestinian Hamas and Islamic Jihad.

Iranian hardliners’ apprehension that the Rouhani government might be persuaded to make commitments or compromises in the event of negotiations is arguably part of the broader explanation why the Islamic Revolutionary Guard Corps (IRGC) sponsored aerial strikes against the Saudi oil infrastructure in Abqaiq and Khurais at this specific point in time. One key motive seems to have been to scupper any chance of talks or meetings between Iranian and American officials at the UNGA.

Ultimately, and at a more fundamental level, Ayatollah Khamenei and his “revolutionary” lieutenants in the IRGC fear that open relations with the West, particularly the United States, might change Iran’s vibrant society in drastic ways and further erode the already embattled state ideology and power base.

The upcoming 2020 presidential elections in the United States do not help either. The possibility, even if remote, that Trump might fail to win reelection and concede to a Democratic contender who would be more conciliatory renders the idea of negotiations at this moment quite unattractive to the Iranian leadership.

The JCPOA “is an agreement that we reached with the United States. Why should we renegotiate? Why should we start something else which may again be invalid in a year and a half," Iranian Foreign Minister Zarif said in an exclusive interview with CNN on Sept. 19.

This leaves sanctions relief as the only plausible way out of the escalatory spiral that has already been set in motion and which could culminate in “an all-out war” between the Islamic Republic and the United States, as Zarif warned in his CNN remarks, echoing earlier assertions by Ali Shamkhani, secretary of Iran’s Supreme National Security Council, and top IRGC commanders. Perhaps the most worrying part about such a conflagration would be the enormous damage it could inflict on key U.S. regional allies, not least Saudi Arabia and the United Arab Emirates, as the Aramco attack made all too clear.

Maysam Behravesh is a senior political analyst at Persis Media and a PhD candidate in the Department of Political Science at Lund University, Sweden. Follow him on Twitter @MaysamBehravesh. The views expressed in this article are his own.