Will Assad Create a "Useful Syria"? 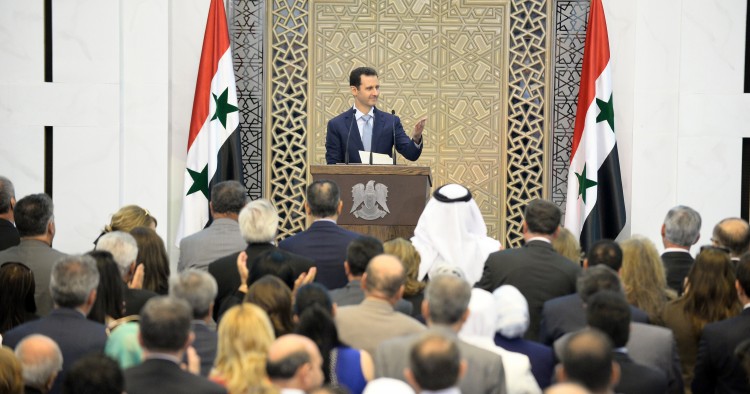 After nearly five years of throwing its own forces and Iranian assets against the rebellion, the Syrian regime remains unsuccessful in its attempt to quell it. With a further injection of forces through Russian intervention, a new chapter of the Syrian conflict has commenced. However, the assumption that Russia will succeed where neither the regime nor Iran have prevailed ignores the structural weaknesses in Damascus’ capacity that make such a situation unlikely. The prospects of the regime regaining control of Syria as a whole, or even a “Useful Syria," comprised of already controlled territories, seem faced with insurmountable obstacles.

Assessments of the nature and implications of the Russian intervention in Syria diverge considerably. For some, it is indicative of Moscow’s desire to reconfirm its presence in the Middle East amidst U.S. retreat and policy confusion. For others, it is a sensational show of force, part of a wider global maneuver to regain some of what Moscow had forcibly surrendered with the fall of the Soviet Union. The former view thus expects a serious improvement in the odds of the regime to recapture all or most what it has lost, while the latter places the Russian intervention in the context of a strategic game of chess that may entail the abandonment of Damascus for a global deal that secures Russia’s narrow interests in Syria.

Irrespective of Moscow’s long term intentions, the Russian action on the ground falls well in line with what has long been considered the regime’s “Plan B”, to secure a “Useful Syria.” This plan seems to entail a determined effort to maintain as much control as possible over the inland corridor extending from the Jordanian borders, through the cities of Daraa, Damascus, Hims, Hama, and Aleppo, to the Turkish borders, together with the categorical resolve to hold and defend the coastal strip and mountain range from the Lebanese to the Turkish borders, including the cities of Tartus and Lattakieh. Plan B thus envisages the abandonment of the Syrian hinterland, and even the surrender of parts of the inland corridor, along consecutive lines of defense that safeguard the coastal strip and mountain range.