Will Iran replace its presidency with a parliamentary system? 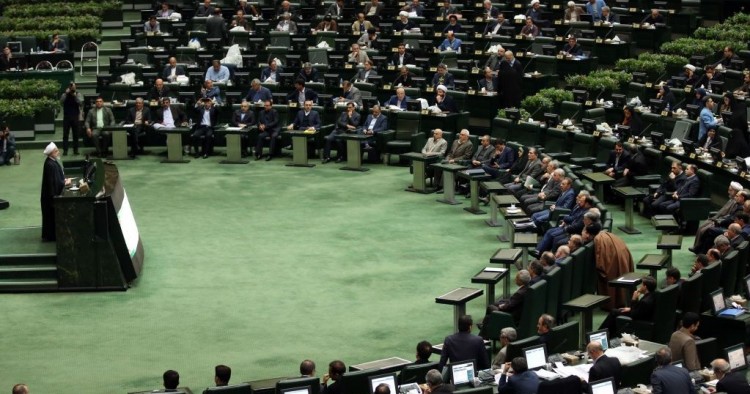 On Aug. 15, 2019, Ezatollah Yusefiyan-Molla, the MP for the city of Amol, announced that 151 out of Iran’s 290 parliamentarians had signed a letter calling for the amendment of the constitution, whereby the country’s presidential system would be replaced with a parliamentary one. Yusefiyan-Molla then added that as Iran’s supreme leader, Ayatollah Ali Khamenei, had dismissed the idea, no discussions about this subject would take place until the end of the 10th Parliament.

That time is rapidly approaching, however. The 10th Parliament will conclude at the end of May and will be replaced by new members elected during the recent Feb. 21 elections for the 11th Parliament (except for four seats where a runoff will be held on April 20).

The results of these elections and preparations for the succession of Ayatollah Khamenei as supreme leader could mean that the topic of replacing Iran’s presidential system with a parliamentary one may very well be up for discussion again.

The Iranian regime and the Iranian public seem to want to take the country in opposite directions. The unelected regime, headed by the supreme leader, wants Iran to stay on its revolutionary path — to focus on confronting the U.S. and its allies in the region. By contrast, the public wants its elected representatives (i.e., the government and the Parliament) to focus on domestic issues, especially economic, social, and environmental ones. Although Iranian President Hassan Rouhani has tried to address such issues, he has been severely undermined by the unelected regime. The same holds true for the last Parliament, which was repeatedly undermined and sidelined by the regime. This is one of the reasons why participation in the recent parliamentary elections was historically low. Even though by walking out of the Iran nuclear deal in May 2018, President Donald Trump weakened Rouhani and his supporters, the public do not seem to be satisfied with the argument that it’s all Trump’s fault. This is evident from the fact that in the November 2019 and January 2020 demonstrations, which took place in Iran after Trump left the nuclear deal, the demonstrators focused on domestic issues, and not Trump. After all, the people of Iran have only had to live with Trump’s policies for three years, but Khamenei’s for 30.

With the differences between the regime and the public’s priorities so unsurmountable, the regime seems to have decided that consolidation is the best strategy moving forward. This is why so many reformist and moderate candidates were disqualified before the recent parliamentary elections, thus making it look like a one-horse race. This further damaged the legitimacy of the electoral system in Iran in the eyes of the public.

However, there is a stark difference between the Parliament and the presidency: The president in Iran carries more weight than any single parliamentarian or the speaker of Parliament. The president is the representative of tens of millions of voters across the entire country, whereas parliamentarians represent a specific region. The votes in favor of an individual parliamentarian are but a fraction of what the serving president receives. (Rouhani won the 2017 elections with 23 million votes in his favor, for instance.)

This has given presidents in Iran a mandate and political weight that is difficult to ignore. Because presidents are elected by the people and also have to be answerable to them (as well as to the supreme leader), at one point or another, due to the regime’s diverging priorities with the public, they have all developed serious differences with Khamenei. This includes Mahmoud Ahmadinejad, who once described his relationship with the supreme leader as being like “father and son” in 2009. However, soon afterwards they fell out over a number of issues, mostly domestic ones.

Khamenei has had a difficult relationship with presidents serving under him, despite the fact that between 1981 and 1989, he himself served as president and knows very well the challenges the job entails. However, most of the potential candidates to replace him have never participated in elections. This includes the former head of the judiciary, Sadegh Larijani, and Khamenei’s son, Mojtaba. Another potential successor, the current head of the judiciary, Ebrahim Raisi, stood as a presidential candidate in 2017, but lost to Rouhani. All of the aforementioned potential successors have been appointed by the supreme leader to their current positions. Such an absence of political experience would make it even more difficult for them to work with presidents. Therefore, it's possible that Khamenei will not want his successor to face the same challenges he has.

This is why the debate in the 10th Parliament over replacing the presidency with a parliamentary system could gain traction again. By replacing a popularly elected president with a prime minister elected by parliamentarians, the regime could solve several problems at once.

First and foremost, it could make the prime minister more malleable to the regime’s priorities than is currently the case with directly elected presidents, by ensuring that the Parliament is populated by pro-regime conservatives. As the prime minister would be directly elected by the Parliament, he would be more answerable to its members rather than the public, and he would have less of a mandate to challenge the policies of the future supreme leader. A prime minister would be easier to control as well, as the future supreme leader could ensure that he is brought into line by Parliament, which could rein in his behavior and policies. It would also be easier to threaten a prime minister elected by the Parliament with impeachment than a president backed by the votes of millions of Iranians.

Between 1979 and 1989, the Islamic Republic had both a prime minister and a president. In 1989 a referendum was held to amend the constitution to remove the post of prime minister and give a bigger mandate to the president. This change did not turn into a happy experience for Iran’s current supreme leader, and another referendum could be held to reverse it. Indeed, this topic has already been discussed, and the growing gap between the people and the Iranian regime, and the latter’s need to consolidate its levers of power, could make it a realistic scenario. Should this scenario materialize, it would mean a major setback for the post-revolution political system in Iran. However, with regime legitimacy collapsing due to the regime’s incompetence in handling important issues such as the coronavirus outbreak, it may be left with no choice but to consolidate its control of the political system.

Meir Javedanfar teaches Iranian Politics at the Interdisciplinary Center in Herzliya. He is also a senior research fellow at the Meir Ezri Center for Iran & Persian Gulf Studies. The views expressed in this article are his own.