Will Punishing Musharraf Be Good for Democracy? 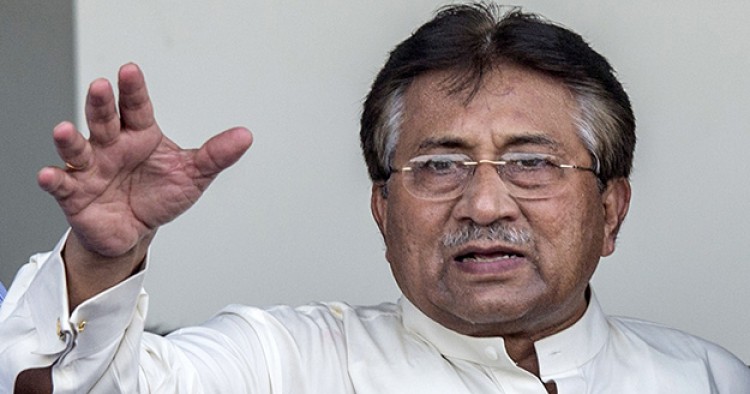 After weeks of delay tactics by his lawyers, former military ruler Pervez Musharraf could be indicted in early February by a special court in Pakistan for high treason. If he is indicted, Musharraf will be the first serving or retired general in Pakistan’s history to face this particular ignominy.

The civilian government has every right to put the former dictator on trial. But the prosecution of Musharraf alone is not sufficient to further democratization and deter military intervention. The civilian government must do the hard work to improve governance, for example, by building the oversight capacity of parliament and reforming the police and lower courts. Further, convicting the retired general could have unintended consequences, including making violent coups and longer periods of military rule more likely.

Musharraf is not being prosecuted for aiding the enemy. Article Six of Pakistan’s constitution states that those who abrogate or subvert the constitution are guilty of high treason. And the former president did exactly that when he suspended the constitution in November 2007 and imposed emergency rule for more than a month. The punishment he faces upon conviction is either death or life imprisonment.

The civilian framers of Pakistan’s 1973 constitution designed such a harsh punishment to dissuade potential coup makers from making the leap into the president’s office. But Article Six, having never been acted upon until recently, has done little to suppress praetorianism in Pakistan. There have been two full coups and a host of lesser political interventions by the military since 1977, and pliant judges and legislators have given military rulers legal cover. As a result, coups in Pakistan have largely been bloodless affairs.

Prime Minister Nawaz Sharif’s decision to put Article Six into use comes as the distribution of power in the country becomes more diffuse and shifts toward civilian actors. Last year, Pakistan experienced its first transition from one democratically-elected government to another. The judiciary has become aggressive, butting heads with Musharraf twice in 2007 and disqualifying a sitting prime minister in 2012. Meanwhile, the military has its hands full with the war against the Taliban and other militants in the tribal areas. Sharif, who Musharraf overthrew in 1999, perhaps feels that now is the time to strike against the army.

And contrary to rumors, Musharraf is not being given imminent safe passage to flee the country. Both the Sharif government and the special court it created to try Musharraf have been persistent in pushing the trial process forward. Meanwhile, the army has been silent, but its voice has still been heard.

Many believe that the army has played a role in Musharraf’s ability to avoid three indictment hearings since December. Twice, explosive devices were discovered near his home, despite the area being secured by civilian and military personnel. And earlier this month, Musharraf’s motorcade, while en route to court, took a detour to a military hospital, where the ex-general has been staying since. Pro-army commentators have also done their part in the Pakistani media to discredit the Musharraf trial.

But the army has run out of options with respect to preventing Musharraf’s indictment. The special court has ruled that Musharraf’s medical problems do not inhibit him from coming to court. And so though the army abhors the prosecution of current or retired military officers in civilian courts, there is little it can do at this point to stop the proceedings from moving forward. More aggressive options are not available, as the Sharif government is politically secure for now and the general public largely looks at Musharraf with indifference or revulsion.

As Musharraf’s trial moves forward, resentment in the army toward the civilian government is likely to build. If Sharif manages to improve economic and security conditions, the army will probably have to swallow the bitter pill that is the prosecution of its former chief. But if this government receives a number of shocks—such as a highly publicized corruption scandal, rocketing food prices, and a series of large-scale urban terror attacks—the army would be positioned to press the Sharif government to back off of Musharraf lest the government be destabilized further.

There is a chance that Sharif’s gamble will pay off. But even if it does initially, Asma Jahangir, a longtime opponent of military interference in Pakistan, warns that a Musharraf conviction could result in more pronounced praetorianism. The newfound use of Article Six could deny the military the option of a bloodless coup sanctioned by the Supreme Court and parliament. Such a shift might cause the military to change tact in the future and resort to more aggressive, if not lethal, behavior when it chooses to take over, so as to avoid prosecution for treason.

Moreover, strengthening democracy in Pakistan will require not just a trial against a single dictator but civilian politicians also proving to the general public that democracy can work; that it can result in better governance, a stronger economy, greater security, and the defense of fundamental liberties. As it stands, Islamabad has no counterterrorism or national security strategy, and its economic and energy policies have resulted in gas shortages and rising food prices for consumers. Ultimately, success on these fronts will be the real silencer of Pakistan’s Bonapartists.