Will the Syrian Kurds strike a deal with Moscow? 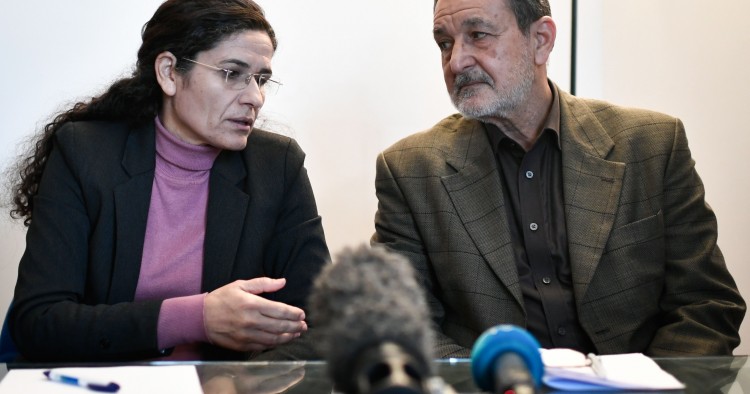 President Donald Trump’s announcement at the end of 2018 that he would withdraw U.S. troops from Syria came as a surprise to all parties involved, sparking particular concern among America’s Syrian Kurdish allies. The move followed President Trump’s declaration of victory over ISIS after a four-year military campaign fighting alongside Syrian Kurdish forces. This sudden and unexpected decision has been widely criticized not only by allies but also those inside the White House, with many analysts arguing that the U.S. withdrawal will expose the Syrian Kurds to an attack by Turkey.

The news caught the Pentagon and local Syrian allies off-guard and ultimately led to the resignation of several senior U.S. officials, including Jim Mattis, the defense secretary, and Brett McGurk, the president’s special envoy to the coalition to defeat ISIS. According to McGurk’s resignation letter, the immediate withdrawal of U.S. troops would be dangerous and lead to a risk of resurgence among the remnants of ISIS in Syria.

Amid ongoing political turbulence, there is also confusion over what will happen to America’s Kurdish allies. Thus, it should come as no surprise that officials from the Kurdish People’s Protection Units (YPG) and the Democratic Union Party (PYD) have initiated informal talks with the government in Damascus as well as official talks with Moscow with an eye to maintaining their position in north-eastern Syria and warding off a possible incursion by the Turkish army. For now, as the Syrian Kurds consider what will come next after a U.S. withdrawal, Turkey poses the biggest and most immediate threat.

In light of the growing security vacuum and increasing threats, Sipan Hemo, a top YPG commander, recently visited both Damascus and Moscow to discuss a new road map. According to the proposal, Kurdish militant groups are prepared to hand over control of the eastern part of the Turkish-Syrian border to government troops – troops that had previously surrendered this same territory in 2012 following mass riots by local Kurdish militant groups.

It is unlikely that YPG/PYD officials will pull out their forces from the provinces of al-Hasaka, Raqqa, and Manbij completely and give full control to the Syrian government of President Bashar al-Assad. Instead, they will likely seek Russian guarantees that regime forces will abstain from launching an attack against them in the northern territories. As part of a broader deal with Damascus and Moscow, Kurdish fighters from the YPG and the Syrian Democratic Forces (SDF) – Washington’s main partner in Syria – would be partially integrated into Syria’s government forces as well.

While the call for a return of government troops to the border areas underscores how serious the crisis on the Kurdish front is, U.S commanders have recommended that the Pentagon let Syrian Kurdish fighters keep nearly all U.S-supplied weapons, which could be useful against Turkey. Speaking anonymously, three officials said the recommendations were included in a draft plan by the U.S. military. However, it is unclear whether the Pentagon has relayed this advice to the White House. In any case, the weapons left behind by U.S. forces after their withdrawal would not be sufficient to fundamentally change the balance of power against Syrian government forces or the Turkish army.

It is clear that the Syrian Kurds’ aspirations for an independent Kurdistan in northern Syria have collapsed. Instead, the PYD has turned its focus to securing important concessions from the regime, such as citizenship rights for Kurds and considerable autonomy with a parliament backed by Russia. As a gesture to Russia, around 400 YPG fighters left their stronghold in Manbij in early January, allowing the Syrian government to deploy troops in the city. U.S. military and political support for the PYD granted the group international legitimacy, forcing Damascus and Moscow to negotiate with them rather than launch military operations, as they did with other opposition-held areas in 2018.

It seems as though the Kurds prefer Russia as a new guarantor of stability in northern Syria, seeing Moscow as the only regional player able to withstand Turkish pressure. Presumably, Russia will do so only on the condition that Kurdish fighters disarm and the Turkish-Syrian border is demilitarized to prevent relations with Ankara from getting any worse. Simultaneously, the lack of clear U.S. vision in regard to the future of Syria, as well as the Trump administration’s willingness to give up on its allies – Kurds and Turks – is gradually pushing the Syrian Kurds into Russia’s arms.

Russian involvement in Kurdish affairs in Syria could forestall Turkey long enough to allow the PYD and other Kurdish groups to finalize their negotiations with Damascus over normalizing bilateral relations. Notwithstanding this fact, Moscow fully understands Turkey’s security concerns regarding the activities of various Kurdish groups in the borderlands and has tried to convince it that these problems could be solved by returning the territories to regime control.

The current geopolitical situation and changing power dynamics in Syria explicitly limit the PYD’s room for maneuver, even though Moscow and Washington have vowed to protect them from threats. The Syrian Kurds must now assess the new environment and the challenges they may face in the near future, in the context of a shift in the balance of power in favor of the Assad regime. In light of the many threats and potential new alliances in the offing, the PYD considers the Assad regime to be the least bad of its options going forward. In fact, this seems to be the only option for the Kurds, considering that their efforts to establish a quasi-state in the north of Syria have faced Russian opposition and condemnation, as voiced by General Valery Gerasimov, the Russian chief of staff.

Thus, Russia appears to be the main winner in the current geopolitical situation, as the U.S withdrawal from Syria means the other members of the coalition – namely the U.K. and France – are in position to counter both ISIS and pro-Assad forces at the same time. This has pushed the YPG to seek the protection of Moscow as the only real power capable of influencing the situation in Syria and the guarantor of stability vis-à-vis their dialogue with the government in Damascus.