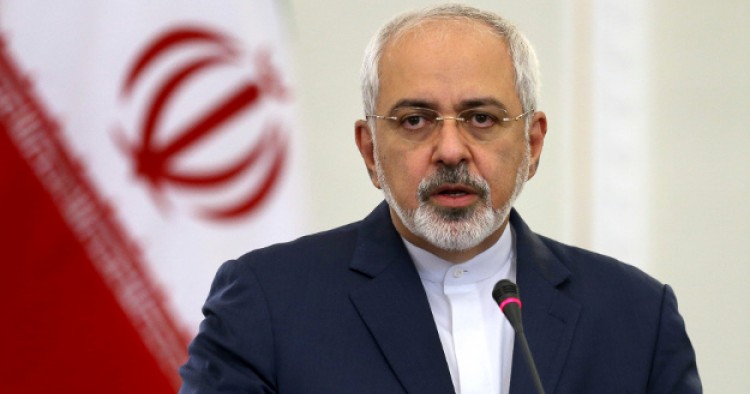 Iranian Foreign Minister Mohammad Javad Zarif today attended the funeral procession of Jalal Talabani, Iraqi Kurdish leader and former President, in the Sulaymaniyah city of Iraqi Kurdistan. Speaking on the sidelines of the ceremony, Zarif reiterated Tehran’s rejection of the recent Kurdish vote for independence but stressed that Iran will always maintain close ties with Iraqi Kurds. “Iran will forever be a friend to the Iraqi people, including this country’s Kurds, and does not hold the Iraqi people accountable for the strategic mistakes by some individuals,” he added. The top Iranian diplomat expressed the hope that all Iraqi Kurds will follow the footsteps of Talabani by preserving Iraq’s unity and territorial integrity.

Comment: The Iraqi Kurdistan region held an independence referendum on September 25 despite strong opposition from Baghdad, Tehran and Ankara. The United States, E.U., and the broader international community – with the exception of Israel – had also urged Erbil to postpone the vote.

After the vote, Iranian leaders and Tehran-aligned Iraqi militia groups have threatened retaliatory measures against Erbil. Tehran has halted all flights to and from Iraqi Kurdistan and the Iranian military staged war games near the Kurdish border. Senior Iranian officials rejected the result of the plebiscite and described it as an Israeli and America “plot” to divide Iraq and counter Iranian influence in the region. Several P.M.F. commanders said the “resistance front” would not allow a “second Israel” to be established inside Iraq – although some P.M.F. groups have lately toned down their hostile rhetoric toward the Kurdish leadership in Erbil.

Tehran fears that the creation of a Kurdish state next door would strengthen separatist sentiments among Iran’s eight million Kurdish minority. Iranian leaders have also expressed the concern that the Kurdish push for independence could destabilize Iraq and provide a reason for U.S. long-term military presence in Iraq. After Israeli Prime Minister Benjamin Netanyahu declared support for the Kurdish independence, Iranian leaders found another reason to oppose the referendum. They argued that Israel, with U.S. support, aims to create a client state in northern Iraq against the “axis of resistance” – a term Tehran uses for its alliance with Shiite state and non-state actors in Syria, Iraq, Lebanon, Yemen and beyond. “The Zionist regime and the world Arrogance [U.S.] are behind this,” cautioned Major General Hossein Bagheri, the head of the Iranian Armed Forces.