“Zero means zero”: What we can learn from our mistake in Iraq and apply in Afghanistan 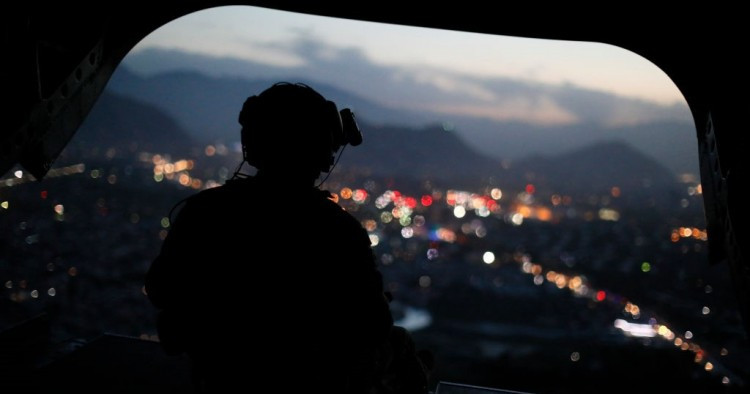 In December 2011, I was on a small U.S. compound near Baghdad talking with the in-country leaders of one of our intelligence services about options to mitigate the loss of both technical and human intelligence as U.S. military forces were being reduced to zero in Iraq. Late that night after my all-day meetings concluded I made a call to my boss Gen. Jim Mattis, then the commander of U.S. Central Command (CENTCOM). He had just attended another session with Washington leadership and his words stick with me to this day: “Kid, we gave our best military advice, but the president has made it very clear ‘zero means zero.’” Simply put, Gen. Mattis was saying it does not matter what the intelligence services need, or what they want us to do or what we should do, our U.S. military forces will go to zero in Iraq. The decision has been made, “come back to Tampa.”

At the time I was the director of operations for CENTCOM, and our team was responsible for supporting the plan to draw down all U.S. military forces from their peak of well over 100,000 soldiers to zero by the end of December. Following the orders of the president, Gen. Lloyd Austin successfully led the complex operation to withdraw U.S. forces to zero before the end of the year, including removing all our military equipment and systematically closing all our bases and outposts.

As history has shown, that decision, although well executed, was a bad one, but I am not going to lay the blame for that on one presidential administration. That decision, like today’s in Afghanistan, was first negotiated by the previous administration and was being carried out by the current one. That said, there was plenty of blame to go around, including for the Iraqi leadership that did not want to negotiate a Status of Forces Agreement that was needed to protect our soldiers. In the end, keeping U.S. troops there would have been difficult, there would have been political fallout, and we would have had to adjust our timeline, but that should not have mattered. Our U.S. leadership must always prioritize what is in our national interest, even when it is hard; after all “we know how to do hard.”

First, why does the U.S. presence matter so much? That answer is simple but it is not solely about numbers, it is also about U.S. leadership and commitment. The media and military analysts often look at numbers of troops or equipment because it is an easy metric, but that number alone misses a key point: U.S. influence is far greater. Regardless of all the talk of the rise of great power competition and a move from the U.S. as the single global power to a more multipolar world, U.S. leadership and influence will continue to be much broader than the numbers of troops present. Our stated or implied commitment and our presence continue to carry far greater weight than numbers and even greater impact if we do the hard leadership work and build a collation of other nations to join with us. We need to look no further than the last several weeks in Afghanistan to see this once again play out.

The Taliban stand now in control of the majority of Afghanistan including the capital city; the only difference from a few months ago is we removed 3,500 U.S. soldiers and the coalition of nations that supported what we were doing. Those soldiers were not in direct combat operations against the Taliban, they were doing a number of other missions, but they were also a symbol of U.S. leadership and commitment. Despite the government of Afghanistan’s history of corruption and that over time our stated mission in Afghanistan widened and wandered, in the end our presence, those 3,500 soldiers, contributed to keeping the Taliban at bay. This allowed us a base from which to continue to amass intelligence and most importantly prevent the resurgence of al-Qaeda or the rise of another global terrorist network.

What is the lesson we should take from Iraq and apply to Afghanistan? In the vacuum of an Iraq without a U.S. presence, the birth of ISIS was made easy. We all saw the results of going to zero: ISIS’s horrific acts of terrorism, the killing of innocents across Europe, their merciless killing and maiming of those not aligned with their beliefs, the induction of women into sexual slavery, and the senseless destruction of historical artifacts. As a result, the U.S. with the support of a coalition of over 60 nations had to go back in and expend precious national treasure in lives and resources to hunt down and destroy ISIS in Iraq and Syria. Why? For the want of a small number of U.S. forces on the ground. To put this in perspective, back then in Iraq we were proposing to keep about 5,000 soldiers on the ground.

Where are we now in Afghanistan? We have made significant mistakes in our withdrawal, that I do not need to detail, and we have already had to send troops back because we were working on hitting numbers on a made-up timeline that had no relevance to the conditions on the ground.

What should we do now? We cannot turn back the clock and retake Afghanistan from the Taliban, but we should not turn our back on doing the right thing either. The first step is obvious and underway: We must get our citizens out no matter where they are in the country, along with those that helped us in our mission. To do less will not be forgotten in future conflicts when we need help from the local population or opposition groups.

We cannot wait until we complete this mission to take the next steps. We must also work now to find a way to have a presence in the Afghanistan/Pakistan region and we must lead and influence in support of our national interests. This will also be very hard — there are no alternative basing options close by and there is no ready-made coalition for us to lead — but we do have options and they far outweigh the alternative. If we do nothing, it will provide maneuver space for the next terrorist network that will rise up, hellbent on attacking the West. This is a certainty that will only be a matter of time.

What should be our plan? We must work with other nations, starting with NATO nations and other allies. We did not involve them in this withdrawal decision or timeline, so it is time to admit our mistake and re-build a coalition. It will have to start small because we lost trust, but it will grow once all see we are fully committed.

Understand Pakistan will have to be part of the solution. Yes, it is hard for the U.S. to work with Pakistan but let us not forget that their nuclear weapons must remain controlled. It is in their and our interest to prevent terrorist networks like al-Qaeda from resurging in Afghanistan or Pakistan.

Other nations can and will help. At the height of the surge in Afghanistan we at times lost our access to the main ground and air supply line through Pakistan. We then used our U.S. influence to build from scratch a northern supply distribution network utilizing negotiated access to multiple other countries. A similar effort working with the same sense of urgency will be needed now to ensure we have the presence we need in the Afghanistan/Pakistan region. Some of those adjacent countries are now under influence of Russia, so this also will be hard work and take time.

Continue to strengthen our alliances and partnerships in Qatar, the UAE, and Bahrain, so that these basing options remain or can be expanded. We should also seek to work with Russia and China. There is some common ground with each, but again this will not be easy and will take time. The lesson we have learned is that the alternative of not taking these steps will be a far greater commitment of national treasure and resources later.

In closing U.S. presence does matter and when combined with U.S. leadership and commitment it has a far greater strategic impact. This remains true even in the face of all we are seeing unfold on the news today. We must now join with and lead our allies and other partners in applying the lessons we learned from going to zero in Iraq; it is in our national interest to do so.

Vice Admiral Kevin “Kid” Donegan (ret) is the former Commander of U.S. Fifth Fleet, Naval Forces Central Command and Director of Operations at U.S. Central Command. He is currently a Distinguished Senior Fellow at the Middle East Institute. The opinions expressed in this piece are his own.