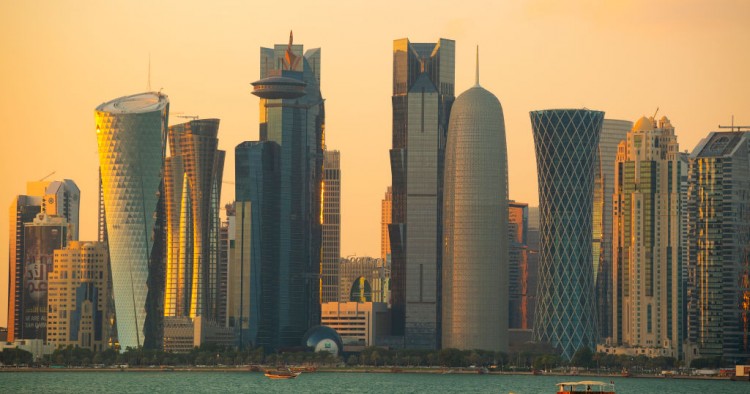 On the third anniversary in the Islamic calendar of the diplomatic blockade of Qatar, a flurry of tweets appeared spreading rumors of an ongoing coup attempt in the country. One notable tweet features a cell phone video shot from a window in al-Wakrah, just south of Doha, with audible, echoing gunfire. (The gunfire, in fact, had been dubbed: the original audio was a Qatari joking about the coup rumors, noting it was an ordinary, quiet day outside.) Multiple bona fide journalists and news outlets in the blockade countries shared the rumors, including the video from al-Wakrah and others, only to retract them later on.

The rumors were false. The campaign is only the latest flashpoint in a series of social media disinformation campaigns targeting Qatar. In March, a hashtag blaming Qatar for the coronavirus pandemic gained traction in the region, only for the originator of the hashtag to claim she shared it ironically. Pleading sarcasm or unseriousness is, for better or worse, a cliché and unfalsifiable defense for propagating bunk information.

The partisan sniping and dishonesty on regional social media does not bode well for a resolution to the diplomatic crisis with Qatar — a crisis that was instigated by the hacking and planting of a fake news story on the Qatar News Agency website. Juvenile social media hijinks unfortunately distract from more credible grievances that the blockade countries have with Qatari foreign policy and are unconstructive to their resolution.

Michael Sexton is a Fellow and the Director of MEI's Cyber Program. The views expressed in this piece are his own.