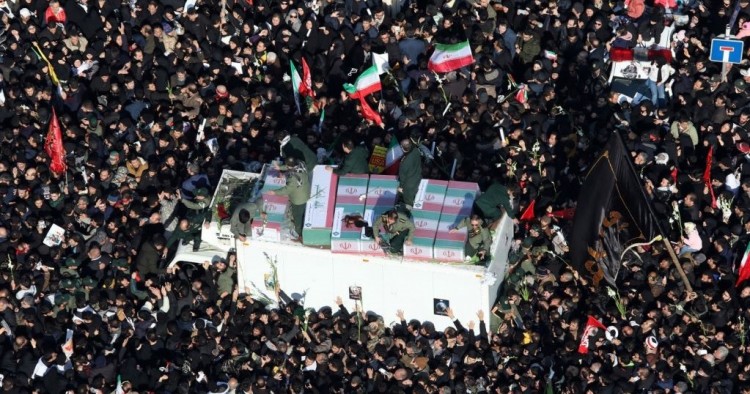 The escalation with Iran and its repercussions in the Middle East and for U.S. national security, and possibly, U.S. elections, has moved to the front of the queue in terms of a key driver for 2020. Escalation might also have effects on energy markets and hence on regional and global economies.

The killing of Gen. Qassem Soleimani has triggered the most acute escalation in U.S.-Iranian relations since 1979, with both sides promising large-scale retaliation. From the Iranian side the response is to be monitored in two main arenas: first, in Iraq, Tehran is already leveraging the attack to put more political and security pressure on the U.S. to leave the country. The U.S., under Barack Obama, already got out of Iraq once; if things get difficult, Donald Trump might trumpet the killing of Soleimani as victory and keep his promise to his base of “bringing the troops home.” Outside Iraq, Iran has promised to target U.S. military personnel and bases; it might also target U.S. diplomatic or political figures. Hezbollah leader Hassan Nasrallah insisted that the “resistance alliance” would not target U.S. civilians.

On the U.S. side, until recently, Trump had chosen not to respond forcefully to Iranian provocations that have been occurring since May 2019; but he has taken such a forward-leaning and aggressive position now — threatening massive retaliation inside Iran — that he has set himself, and the U.S., in a conflict trap that he might not be able to defuse. The U.S. and Iran are now in a traditional escalatory slope, and although neither side wants war, there is a real risk that it might happen.

If it does, the U.S. — as Trump has threatened — will likely hit a wide array of military and regime targets in Iran, while Iran would target U.S. locations throughout the region; however, it might also unleash missile barrages against U.S. partners the UAE and Saudi Arabia. I doubt that Hezbollah will target Israel, as that would add a major front that they would prefer to avoid.

The possibility of de-escalation still exists. Neither side actually wants a war; and Iran has not responded heavily to major assassinations in the past (such as the killing of Imad Mughniyeh), even though at the time they had promised all-out responses. They have been known to exercise “strategic patience.” If they figure they can push out the U.S. from Iraq (at least from the Arab part, if not the Kurdistan region), they can consider that a strategic victory, and otherwise plan limited attacks on U.S. assets. International and regional efforts should be ramped up intensively to talk both sides back from the brink, and to find a pathway to de-escalation.

In other parts of the region, 2019 had ended with large-scale uprisings in Iraq, Lebanon, and Iran, and there were ongoing popular movements in Sudan and Algeria. The uprisings in Iran and Iraq will certainly be negatively impacted by the escalation with the U.S. In Iran, the killing of Soleimani has brought out nationalist sentiment, and gives new vigor for armed security forces to hit hard at any future protestors. In Iraq as well, the escalation involving the U.S. has changed the narrative and animated the pro-Iran militias; this will make reviving the domestic reform-oriented protest movement difficult. In Lebanon too, the escalation has — at least temporarily — changed the narrative; and it also has animated Hezbollah. Lebanon will see a new government soon, largely handpicked by Hezbollah and its allies; this new government will likely focus on making across-the-board changes in security personnel to make sure state security institutions are in step with the new “with us or against us” mood of Iran and its proxies. Meanwhile, the Lebanese economy will likely see its most painful collapse and contraction in modern times.

We hold out hope that the Sudanese and Tunisian transitions will keep moving forward, and that Algeria will find a better path than the ruling regime has offered so far.

Otherwise, the biggest event — short of war with Iran — that the region is waiting or bracing for is the U.S. election in November 2020. The U.S. remains an overbearing presence in the Middle East, and how goes the White House will have a great bearing on how the region rings out 2020 and looks to 2021.