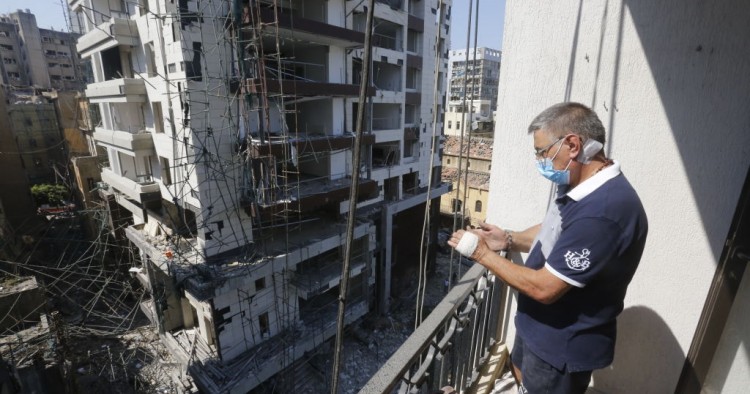 I expected that coming back to my homeland would be heart-wrenching. As I stood amid Beirut’s devastation, I watched shell-shocked citizens sweep up the remains of their homes and businesses. The cataclysm of the August 4 blast that destroyed the port, took or ruined the lives of multitudes and laid waste to much of the city, coincided almost exactly with the 100th anniversary of modern Lebanon’s founding in 1920. I wondered if history was now conspiring to bury Lebanon, or if there was still a path forward beyond survival, towards revival and renewal.

Like most Middle East states, modern Lebanon was engineered by colonial powers after the defeat of the Ottoman Empire. Le Grand Liban was established by the French, amalgamating the autonomous Ottoman province of Mount Lebanon with four Ottoman provinces on the coast and inner Bekaa Valley. As the country’s first century came to a close, French president Emmanuel Macron shuttled between Paris and Beirut in a bid to stave off complete collapse.

From where many Lebanese stand today, it has been a tragic 100 years. Sectarian jealousies at the country’s creation still dominate parties and politics. Dependence on foreign intervention or influence, which gave birth to the new state, is still the modus operandi of Lebanon’s leaders. And the country is still the playground of regional conflicts. After 1948, Lebanon hosted Palestinian refugees fleeing Israel’s establishment, and eventually became a battleground for the Israeli-Palestinian and Israeli-Arab conflict. More recently, it has become a proxy battleground between Iran and Israel.