Without the US, don’t expect a universal oil deal 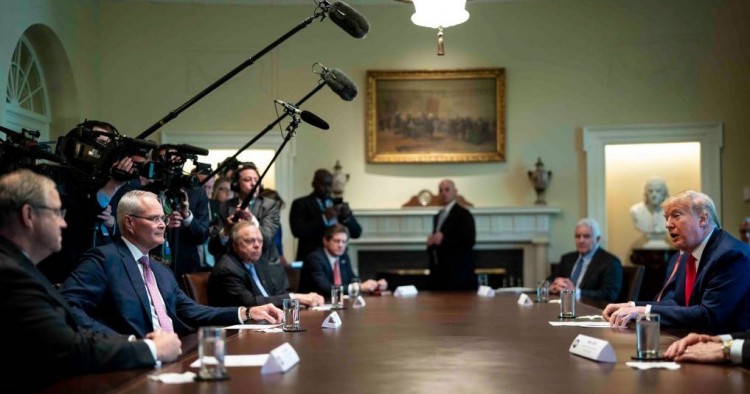 As the world enters a darker phase of the COVID-19 pandemic, what began as a row between Moscow and Riyadh over OPEC+ oil supply reduction quotas, and then became a month-long price war for market share, now seems to be backtracking, with indications suggesting that both sides are seeking a global oil pact. Surprisingly, President Donald Trump, reaching out to Russia’s Vladimir Putin and Saudi Crown Prince Mohammed bin Salman (MBS), has become invested in such a deal. While it all sounds harmonious, Russia and Saudi Arabia have not yet stopped playing the blame game. While they both agree on the pandemic’s role in destroying demand, each side has argued that the other, independently, sought to end the pact to ouster America’s resilient shale producers, effectively kicking off the price war. Since the beginning of 2020, oil prices have collapsed, falling by 50 percent.

Bloated public spending, Saudi Aramco’s IPO, and the costly Vision 2030 economic development plan pushed the Saudis to carry the burden of the OPEC+ deal by cutting production by almost 2 million barrels per day. Under U.S. sanctions and suffering an economic slowdown, the Russians joined in but complied reluctantly. Sooner or later, these differences had to come to the surface. Meanwhile, American shale went along for a free ride. Washington embraced “energy independence” and celebrated becoming an exporter of oil and gas. To OPEC and partners, it increasingly felt unfair. Despite the affordability of their oil, they were losing market share — in the U.S. and elsewhere — to expensive oil, as a result of their own actions. Whether the Saudis and Russians admit it or not, at one stage or another, they both wanted American production out.

Trump is now entering uncharted waters. Putin and MBS enjoy an ironclad, state-imposed agency over their oil industries. Negotiating a global pact, both can maneuver for the next two months. Riyadh has significant spare capacity and a low upstream breakeven price, allowing it to flood for market share. Moscow is resilient to low oil prices and has easier access to markets. Asking for a cut of 10-15 million barrels, Trump is overestimating his reach. Any equitable deal has to include U.S. oil producers, but they are independent, fragmented, and profit driven. Even with legislation, Washington is unlikely to tame or control its own industry.

This Thursday, a postponed virtual meeting of “OPEC+ and Friends” will determine the level and seriousness of participation in a global oil pact. Many may join in, including Norway, G20 energy ministers, and even the International Energy Agency. But all eyes will be on America.

Yesar Al-Maleki is a non-resident scholar at MEI, energy economist, and the managing director of the Iraq Energy Institute in Baghdad.