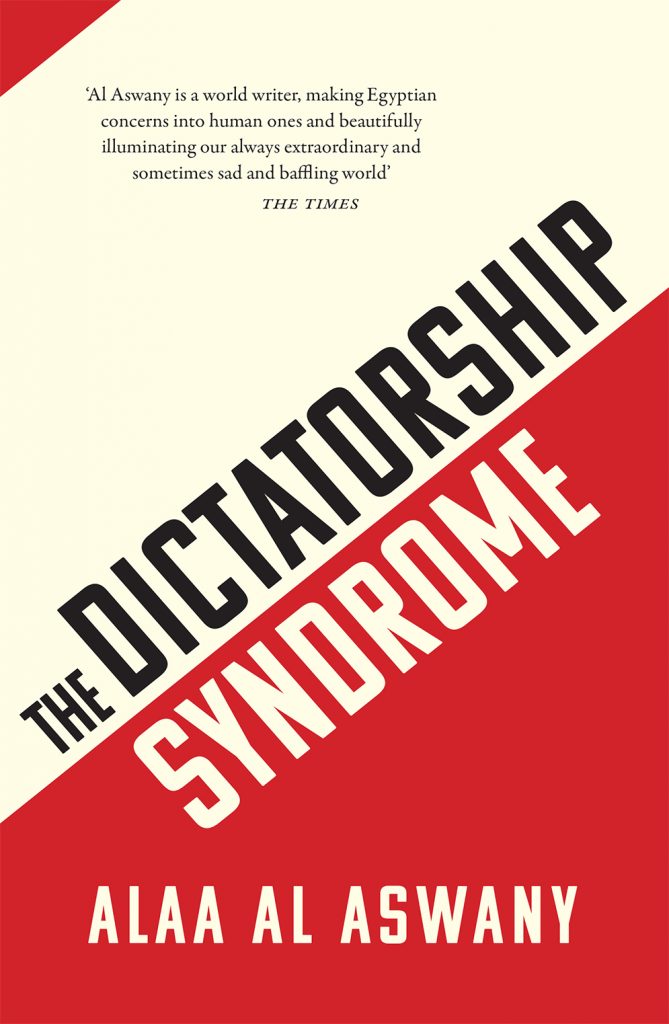 The study of dictatorship in the West has acquired an almost exotic dimension, but authoritarian regimes remain a painful reality for billions of people worldwide, whose freedoms are violated and their rights abused. Many are subject to arbitrary arrest, corruption and injustice. In his recent book The Dictatorship Syndrome, Alaa Al Aswany writes that, like with any disease, to understand dictatorships, we must first consider the circumstances of its emergence, along with the complications it causes in both the people living under the regime and the dictator themselves.

How do dictatorships develop? Which conditions permit dictators to hold power and thrive, and how can dictators retain power even in precarious political environments? The Middle East Institute (MEI) is pleased to host Alaa Al Aswany in conversation with Wall Street Journal reporter Vivian Salama to discuss this deeply considered and at times provocative work.

Alaa Al Aswany is the author of numerous works of fiction and nonfiction, including the novels The Yacoubian Building, the best-selling novel in the Arab world for more than five years, with more than a million copies sold around the world; Chicago, named by Newsday as the best translated novel of 2006; The Automobile Club of Egypt; and, forthcoming, The Republic of False Truths (Knopf, August 10th 2021). His work has been translated into more than thirty languages and published in more than one hundred countries. He has received several international awards, including the Grinzane Cavour Prize, and in 2016 he was appointed a Chevalier of the Ordre des Arts et des Lettres of France. Originally trained as a dentist, he retains his own dental practice in Cairo.

Vivian Salama covers national security for The Wall Street Journal, based in Washington. She has covered U.S. foreign policy and national security issues for nearly two decades, reporting from more than 75 countries. A native of New York, she earned a bachelor’s degree in journalism from Rutgers University, a master’s degree in Middle East politics from Columbia University and a law degree from Georgetown University.