Embarking on a Path of Renewal: A Report by the Commission on Stabilization and Growth in the Middle East and North Africa 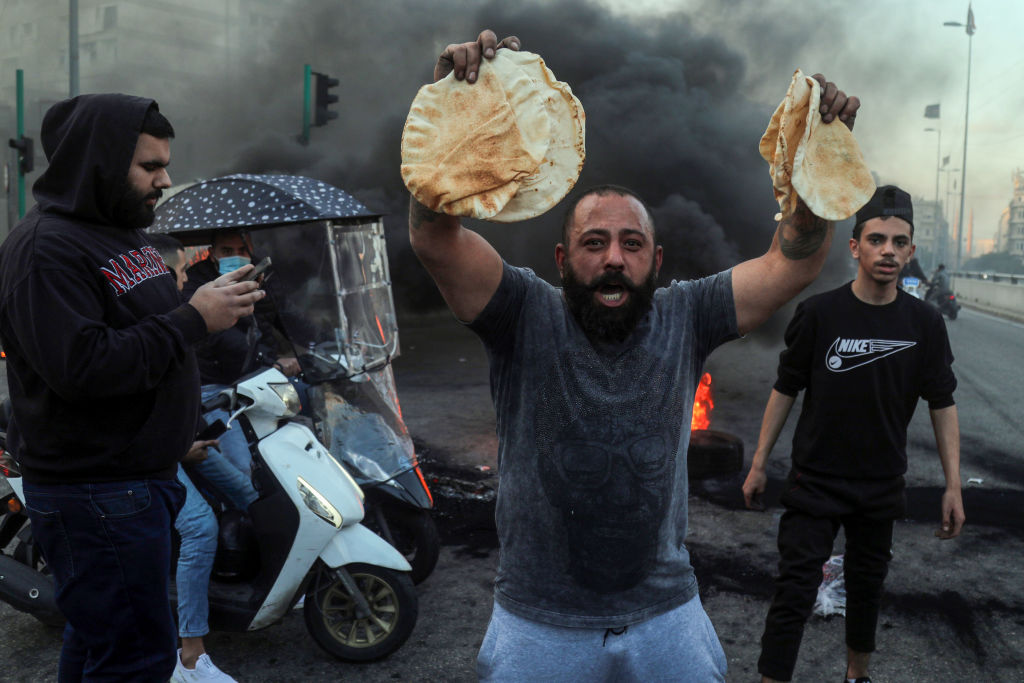 Post-Covid-19, the challenge of adjusting to high fuel and food prices, and to rising global interest rates, is particularly hard for the oil importing countries of the MENA region. Public debts are rising fast towards unsustainable levels. Already, currency devaluation and inflation are combining to lower economic growth, increase poverty, and put more stress on a battered middle-class, leading to a rise of social unrest.

The Commission on Stabilization and Growth focuses on the following questions: How risky is the current development path in MENA, and especially in highly indebted Egypt, Jordan, Lebanon, Morocco, Sudan, and Tunisia? How to avoid financial crises and neutralize the threat of falling into a vicious cycle of economic, social, and political decline? To initiate and begin to sustain a higher, more inclusive, and more sustainable growth path, what are the main challenges relating to: Stabilization measures and debt workouts; innovative economic, social, and climate-related reforms; and political reform and government accountability. How can the regional and global communities best help? To discuss these questions and more, please join MEI and the Economic Research Forum for an expert panel on macroeconomic risk in the MENA region.

Masood Ahmed
Masood Ahmed is president of the Center for Global Development. He joined the Center in January 2017, capping a 35-year career driving economic development policy initiatives relating to debt, aid effectiveness, trade and global economic prospects at major international institutions including the IMF, World Bank and DFID. Ahmed joined CGD from the IMF, where he served for eight years as director of the Middle East and Central Asia Department. In previous years, he also served as the IMF's director of External Relations, and deputy director of the Policy Development and Review Department.From 2003-2006, Ahmed served as director general, Policy and International at the U.K. government's Department for International Development (DFID). Ahmed also worked at the World Bank from 1979 to 2000 in various managerial and economist positions, rising to become vice president of Poverty Reduction and Economic Management.

Jihad Azour
Jihad Azour is the Director of the Middle East and Central Asia Department at the International Monetary Fund where he oversees the Fund’s work in the Middle East, North Africa, Central Asia and the Caucasus. Azour served as Lebanon’s Finance Minister from 2005 to 2008. Before and since his time as finance minister, he held a wide range of positions in the private sector, including McKinsey and Booz and Co. where he was a vice president and senior executive advisor. Prior to joining the IMF in March 2017, he was a managing partner at investment firm Inventis Partners.

Ishac Diwan
Ishac Diwan is lecturer in public policy and the director for Africa and the Middle East at the growth lab of the Center for International Development. Diwan will be directing the Africa Growth Project from the CID, and the Economic and Political Transformation group at the ERF. In 1987, he joined the World Bank’s Research Complex, where he focused on international finance, trade and macroeconomics. Most recently, he served as the country director for Ethiopia and Sudan, as well as Ghana, Liberia, Sierra Leone, Burkina Faso, and Guinea. Prior to that, Diwan was the country economist for the West Bank and Gaza and then the regional economist for the Middle East department. He has also contributed to the Economic Research Forum and the Mediterranean Development Forum.

Ibrahim Elbadawi
Ibrahim Elbadawi is the managing director of the Economic Research Forum, professor emeritus of the University of Khartoum, and a non-resident research fellow at the Center for Global Development. He was previously the minister of finance and economic planning for the Republic of Sudan; director at the Economic Policy & Research Center at the Dubai Economic Council; lead economist at the Development Research Group at the World Bank, where he also served as research director of the African Economic Research Consortium; and professor of economics at the University of Gezira. His regional specialization covers Africa and the Middle East.

Roberta Gatti
Roberta Gatti is the chief economist of the Middle East and North Africa (MENA) region of the World Bank. In her previous capacity of chief economist for the human development practice group, she co-led the conceptualization and release of the World Bank Human Capital Index and oversaw the Service Delivery Indicators data initiative. Roberta joined the World Bank in 1998 as a young professional in the Macro unit of the Development Research Group. She has since led analytical agendas on growth, firm productivity, gender, social inclusion and labor markets, including as the Global Lead for Labor policies. She has also managed teams and lending portfolios in both the MENA and the Europe and Central Asia regions.

Hanan Morsy
Hanan Morsy is the deputy executive secretary and chief economist at the United Nations Economic Commission for Africa (ECA). Morsy has a wealth of experience and vast expertise in leading top policy and development work and building strong partnerships, working at international organizations and private sector. She has published on a wide range of economic development issues and led several major flagship publications. Prior to joining ECA, Morsy was the director of macroeconomic policy and research at the African Development Bank between 2018 and 2021, where she provided thought leadership on economic issues and oversaw the production of rigorous analytical work that strengthened the bank’s policy dialogue and operations across its member countries. Morsy worked previously as associate director and lead economist for the Southern and Eastern Mediterranean Region at the European Bank for Reconstruction and Development in London between 2012 and 2018. Morsy also worked at the International Monetary Fund between 2003 and 2012 in various capacities across different departments.

Mustapha Nabli
Mustapha K. Nabli is an ERF senior associate and an international consultant. He served as governor of the Central Bank of Tunisia from 2011 to 2012. Prior to that he held various positions at the World Bank, including chief economist for the Middle East and North Africa region. From 1990 to 1995, he was the minister of planning and economic development in the Government of Tunisia. Prior to that he held the position of Chairman of the Tunis Stock Exchange and various academic positions.

Paul Salem
Paul Salem is president of The Middle East Institute. He focuses on issues of political change,  transition and conflict, as well as the regional and international relations of the Middle East.  Salem is the author and editor of a number of books and reports including Escaping the  Conflict Trap: Toward Ending Civil Wars in the Middle East; Winning the Battle, Losing the War: Addressing the Conditions that Fuel Armed Non State Actors; From Chaos to Cooperation: Toward Regional Order in the Middle East; Broken Orders: The Causes and  Consequences of the Arab Uprisings; Thinking Arab Futures: Drivers, scenarios, and strategic choices for the Arab World; The Recurring Rise and Fall of Political Islam; Bitter Legacy: Ideology and Politics in  the Arab World; and Conflict Resolution in the Arab World. Prior to joining  MEI, Salem was the founding director of the Carnegie Middle East Center in Beirut, Lebanon  between 2006 and 2013. From 1999 to 2006, he was director of the Fares Foundation and in 1989-1999 founded and directed the Lebanese Center for Policy Studies, Lebanon's leading public policy think tank.