How Protests in Iran Shape an Uncertain Future 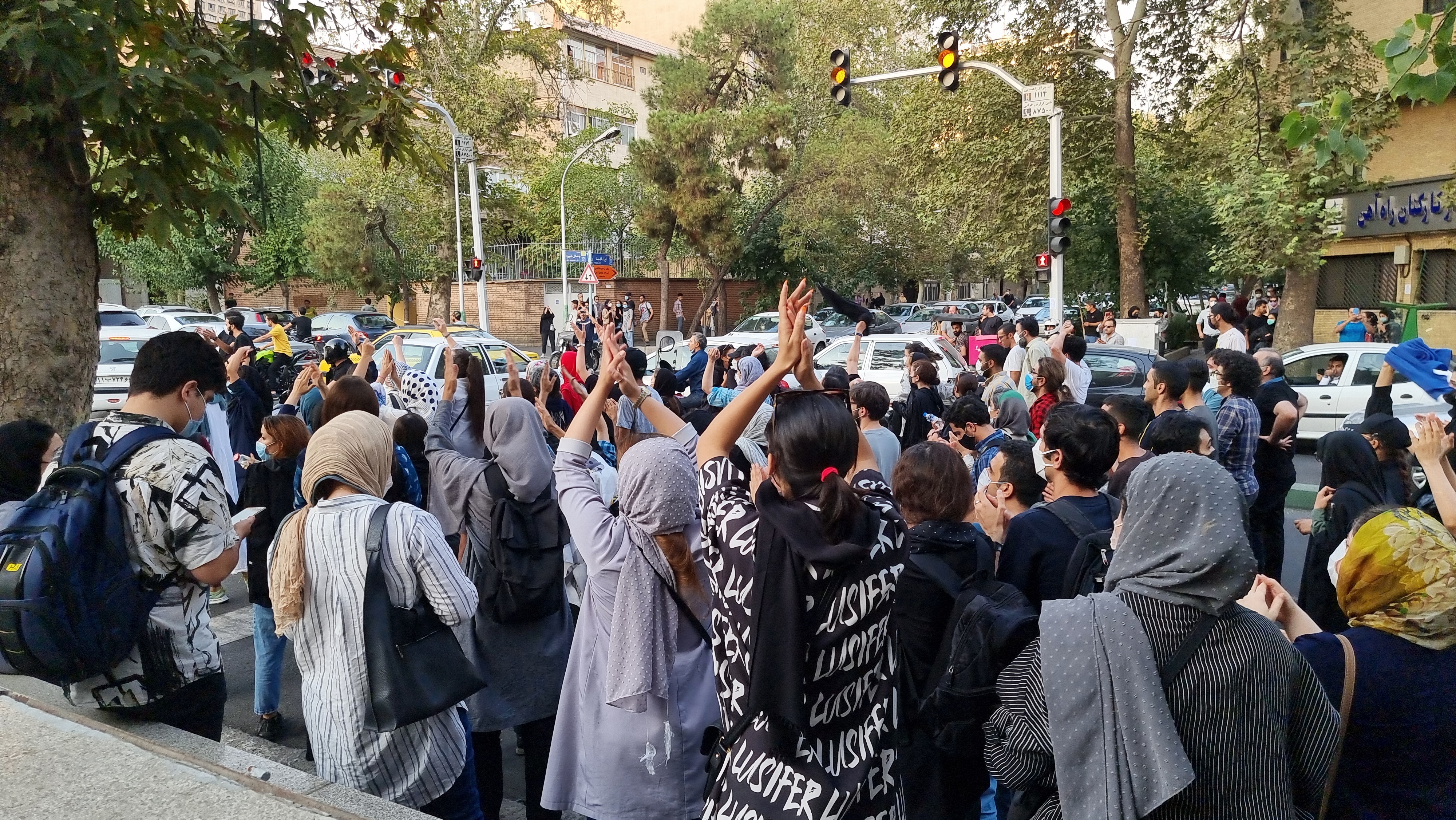 The Islamic Republic of Iran is once again embroiled in angry protests. All over the country, tens of thousands have been coming together to decry the killing of Mahsa Amini by the Iranian Morality Police as well as the state’s systemic repression of women. With the Iranian Revolutionary Guard employed domestically, against Iranian citizens, for the first time, the world is watching Tehran and its brutal response closely. After two weeks of protests, where do we stand? What information can we gather from social media pertaining to the demonstrations themselves and the regime’s response? Is this a women and youth-led movement? How is the regime reacting, and what does this all tell us about the future of the government as well as Iranian society at large?

Holly Dagres
Dagres is a nonresident senior fellow with the Atlantic Council’s Middle East Programs. She is also the editor of the IranSource as well as MENASource blog and curator for the weekly newsletter, The Iranist. Before joining the Atlantic Council, Dagres worked as a freelance Iran analyst, regularly following traditional and social media in English and Persian. She also worked as the assistant editor at the Cairo Review of Global Affairs, associated with the American University in Cairo’s Global Affairs and Public Policy School. She regularly gives analysis for television, radio, and print, including BBC News, CNN, Fox News, NBC News, the New York Times, and the Telegraph. Her writing on Iranian affairs has appeared in numerous publications including Al Jazeera, Al-Monitor, Carnegie Endowment for International Peace, Foreign Policy, the Huffington Post, and Washington Post. Dagres received a master’s degree in political science at the American University in Cairo, and a bachelor’s degree in political science and French from the University of California, Los Angeles. Born in Los Angeles, Dagres spent her adolescent years in Iran, from 1999 to 2006, during which time she graduated from Tehran International School. She is fluent in Persian.

Mohsen Sazagara
Sazegara was an activist in the Islamic Revolution of Iran in 1978-79 and a member of the Liberation Movement of Iran, in the Diaspora. At the time, he was studying in Chicago and then moved to France.  In October 1978, when Ayatollah Khomeini, exiled in Iraq, relocated to France, Sazegara was an aide of Mr. Khomeini’s. Sazegara returned to Iran with Mr. Khomeini and was one of the founders of the Islamic Revolutionary Guards Corp (IRGC). He was also a member of its first commanding board. Sazegara accepted different government positions in the first decade after the revolution, including as the director of Iran’s National Radio; a deputy in the Prime Minister’s Office for Internal Political Affairs; Under Secretary of Heavy Industries; CEO of Iran’s biggest government-owned industrial conglomerate, Industrial Development and Renovation Organization (IDRO); and the deputy of the Planning and Budget Organization. Sazegara did not accept any government positions after 1988. Instead, he chose to publish three newspapers and two monthly magazines, which were eventually shut down by the government. He then became an active and influential participant in the Religious Intellectual Movement, Reformist Movement, and the Green Movement.  Sazegara has been arrested and imprisoned four times in Iran. Sazegara has studied Mechanical Engineering, Physics and History, and has been a visiting scholar at Yale and Harvard universities.  He has also been a visiting fellow at the George W. Bush Presidential Library and Museum for four years and the Washington Institute for Near East Policy for six months. Sazegara was born in Tehran in 1955. He is married and has two sons. He lives in a suburb of Washington, D.C.

Alex Vatanka
Initiative Alex Vatanka is the founding Director of the Iran Program at the Middle East Institute. He specializes in Middle Eastern regional security affairs with a particular focus on Iran. He was formerly a Senior Analyst at Jane’s Information Group in London. Alex is also a Senior Fellow in Middle East Studies at the US Air Force Special Operations School (USAFSOS) at Hurlburt Field and teaches as an Adjunct Professor at DISAS at Wright-Patterson Air Force Base. He has testified before the US Congress and lectured widely for both governmental and commercial audiences, including the US Departments of State and Defense, US intelligence agencies, and a list of international corporations. Born in Tehran, he holds a BA in Political Science (Sheffield University, UK), and an MA in International Relations (Essex University, UK), and is fluent in Farsi and Danish. He is the author of two books: The Battle of the Ayatollahs in Iran: The United States, Foreign Policy and Political Rivalry Since 1979 (2021) and Iran and Pakistan: Security, Diplomacy, and American Influence (2015). He has also written chapters for a number of books, including Authoritarianism Goes Global (2016); Handbook on Contemporary Pakistan (2017); Russia in the Middle East (2018), Winning the Battle, Losing the War: Addressing the Drivers Fueling Armed Non-state Actors and Extremist Groups (2020); Global, Regional and Local Dynamics in the Yemen Crisis (2020); Routledge Handbook of Counterterrorism and Irregular Warfare Operations (2021); and Understanding New Proxy Wars (2022). He is presently working on his third book, Iran’s Arab Strategy: Defending the Homeland or Exporting Khomeinism?

Brian Katulis, moderator
Brian Katulis is a senior fellow and vice president of policy at the Middle East Institute. He was formerly a senior fellow at the Center for American Progress (CAP), where he built the Center’s Middle East program and also worked on broader issues related to U.S. national security. He has produced influential studies that have shaped important discussions around regional policy, often providing expert testimony to key congressional committees on his findings. Katulis has also conducted extensive research in countries such as Egypt, Israel, Jordan, and the Palestinian territories. His past experience includes work at the National Security Council and the U.S. Departments of State and Defense.

Photo by STRINGER via GETTY IMAGES