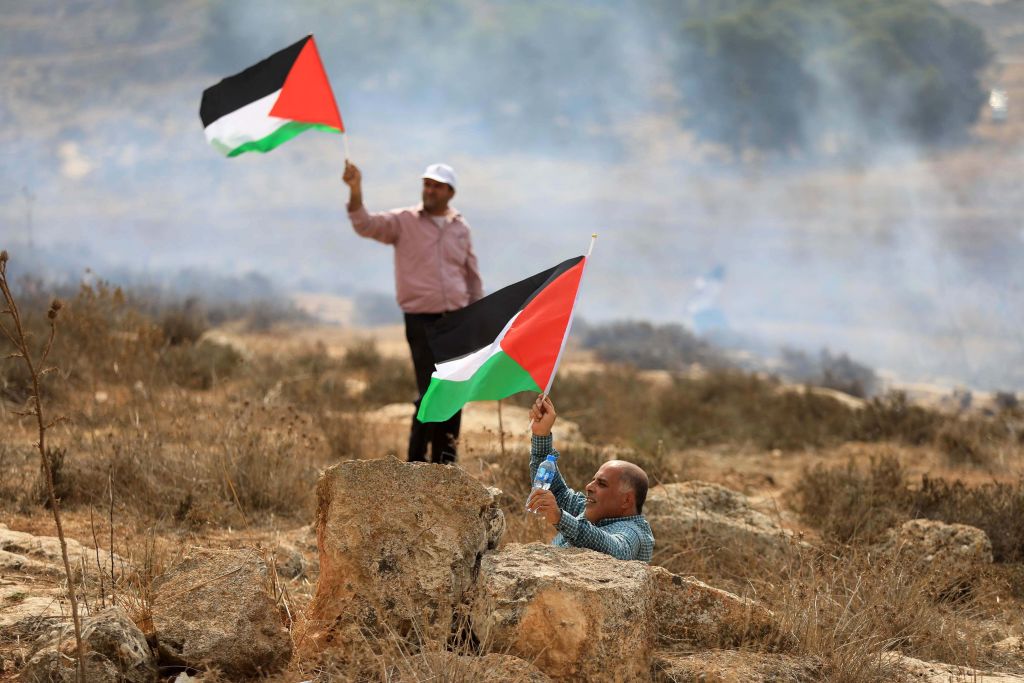 While some corners of Washington and the international community are waking up to the reality of Israel's de facto annexation of Palestinian land in the West Bank and recurrent crisis in Gaza, few policymakers understand how the policies that have created this brutal and often tedious reality look like on the ground. This panel of seasoned Israeli experts will untangle the mess of occupation and annexation facing Palestinians living in East Jerusalem and the West Bank, as well as the decisions required to address Gaza’s chronic problems.

This event is part of the George and Rhonda Salem Family Foundation Lecture Series.

Avner Gvaryahu was born in the Israeli city of Rehovot and raised in the religious nationalist community. During his army service, he served in the special forces of the paratroopers brigade, where he attained the rank of staff sergeant. A year after he was discharged he joined Breaking the Silence as a researcher and tour guide with a focus on working with world Jewry. In his last position he served as the director of the Public Outreach Department and has been with BTS for over five years. Avner holds a B.A. in social work from Tel Aviv university and today is an M.A. candidate in the Institute for the Study of Human Rights at Columbia.

Daniel Seidemann is a practicing attorney in Jerusalem who specializes in legal and public issues in East Jerusalem. He has participated in numerous Track II talks on Jerusalem between Israelis and Palestinians and served in an informal advisory capacity to the final status negotiations as a member of a committee of experts commissioned by Prime Minister Barak’s office to generate sustainable arrangements in Jerusalem. He is the founder and director of Terrestrial Jerusalem, an Israeli nonprofit that works to identify and track developments in Jerusalem that could impact the political process or permanent status options, destabilize the city, spark violence, or create humanitarian crises. In 2010, Queen Elizzabeth II awarded him the title of honorary Member of the Order of the British Empire (MBE) in recognition of his work in Jerusalem.

Celine Touboul is the Co-Director General of the Economic Cooperation Foundation (ECF), an Israeli policy planning think-tank designing and advancing initiatives aimed at creating the conditions for the resumption of a genuine Israeli-Palestinian peace process and the realization of a viable two state-solution. Mrs. Touboul leads ECF’s policy efforts related to the Israeli-Palestinian peace process, to regional policy issues and Gaza related issues. Concurrently, Celine works as a senior advisor at Terrestrial Jerusalem. Celine is also a member of the board of the Geneva Initiative and a member of the Commanders for Israel Security’s working group on Gaza.

Dr. Bashar Azzeh (moderator) is a Member of the PLO Palestine National Council, PLO Center Council, PPSF Party international secretary and Advisor to the PLO. Dr. Azzeh, born and raised in Jerusalem, is a leading entrepreneur and youth activist in Palestine. He left Palestine after high school to pursue his higher education in the US, obtaining a BS in Telecommunication Systems, a Masters in Management and a PhD in Political Economy. After returning to Jerusalem in 2006, Dr. Azzeh worked on the development of the Palestinian economy through entrepreneurship, developing the social sector by initiating several NGOs, and leading various youth initiatives.