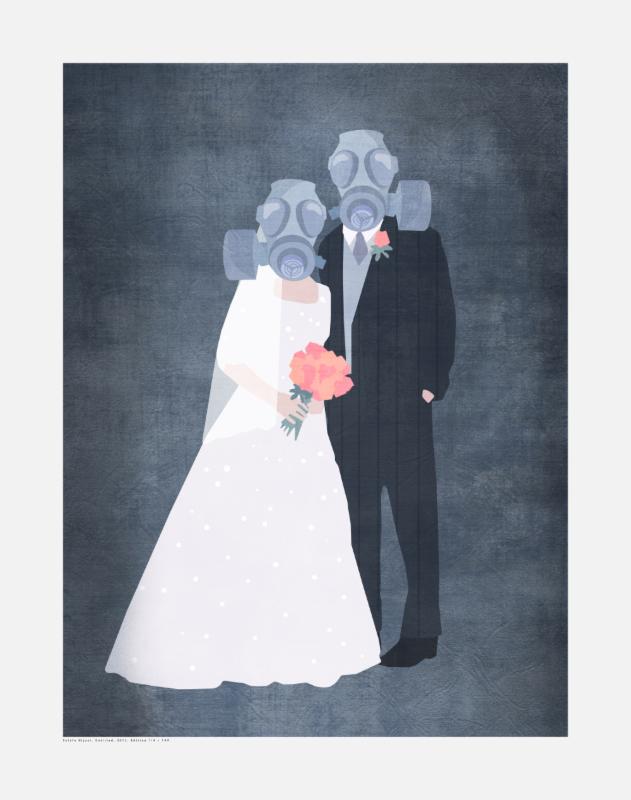 Syrian protest art served as a critical form of non-violent expression during the uprisings against the Assad government starting in 2011. Recognizing the work's historic significance, the British Museum recently acquired a collection of posters, prints drawings and photographs produced during the conflict, and turned them into a unique exhibit, "Living Histories."

"A New Lens on Syrian Protest Art" discussed works from the British Museum's Syrian art archive and examined the significance and implications of acquiring protest art by major arts institutions. Malu Halasa, co-editor of the award winning book Syria Speaks (2014) was joined by Islamic Art Curator of the British Museum Venetia Porter to discuss the power of protest art and the role of museums in engaging audiences around both historic and present-day narratives.

Malu Halasa is a Jordanian Filipina American writer and editor based in London. Born in Oklahoma, she was raised in Ohio and is a graduate of Barnard College, Columbia University. Her books include: Syria Speaks - Art and Culture from the Frontline (2014); Transit Tehran: Young Iran and Its Inspirations (2009); The Secret Life of Syrian Lingerie: Intimacy and Design (2008); Kaveh Golestan: Recording the Truth in Iran (2007); Transit Beirut: New Writing and Images (2004) and Creating Spaces of Freedom: Culture in Defiance (2002). Mother of All Pigs is her first novel

Venetia Porter is the British Museum curator responsible for the collection of Islamic art, in particular of the Arab World and Turkey as well as developing the collection of the modern and contemporary art of the Middle East.

Born in Rochester, New York, Sanjit Sethi received a BFA in 1994 from the New York State College of Ceramics at Alfred University, an MFA in 1998 from the University of Georgia, and an MS in advanced visual studies in 2002 from the Massachusetts Institute of Technology. Sanjit has taught at numerous academic institutions including the Memphis College of Art, the Srishti School of Art, Design and Technology, and California College of the Arts.  His work deals with issues of nomadism, identity, the residue of labor, and memory. Sethi has been Executive Director of the Santa Fe Art Institute (SFAI) and previous to that was Director of the Center for Art and Public Life and Barclay Simpson Professor/ Chair of Community Arts at the California College of the Arts.

This panel is co-sponsored by