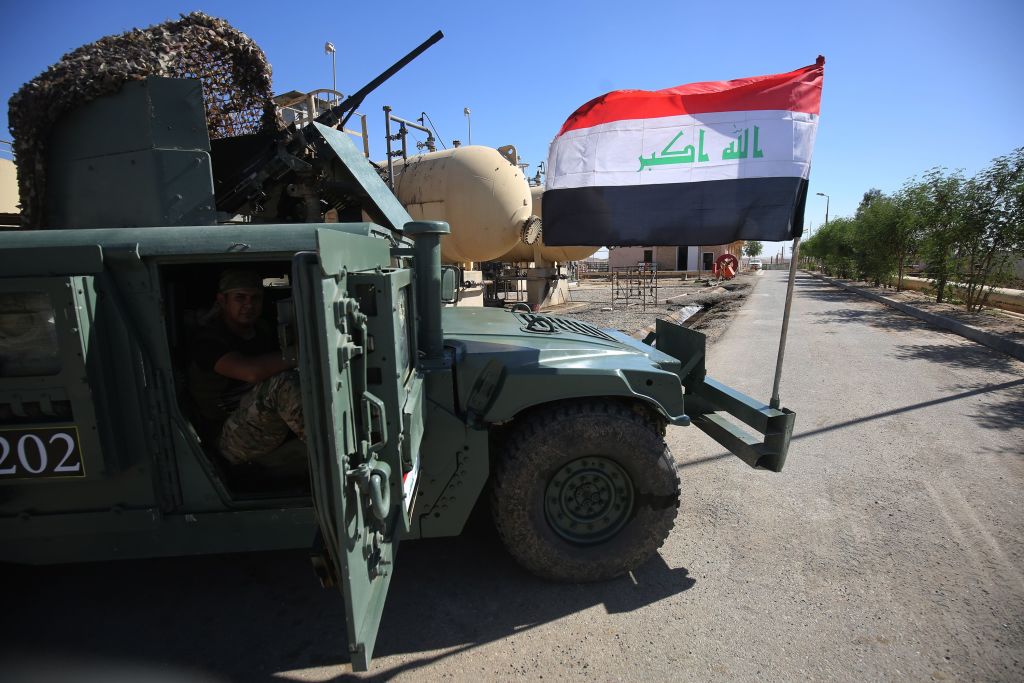 Despite setbacks from the war against ISIS, Iraq remains the world's fourth largest producer of oil, second only to Saudi Arabia among OPEC states. However, the administration of this vital natural resource has been plagued by corruption and disputes over how revenues should be allocated to promote equitable economic growth. The issue has drawn Iraq's ethnic, sectarian, and political divisions to the surface.

How can Iraq harness oil revenue to strengthen institutions, grow the economy, and empower Iraqis to rebuild their society? How are relations between Baghdad and Erbil and other sectarian tensions complicated by the "resource curse," and what can be done to overcome it?

Erin Banco
Investigative reporter, Star-Ledger and NJ.com
Author, Pipe Dreams: The Plundering of Iraq's Oil Wealth
Erin Banco is an investigative reporter at the Star-Ledger and NJ.com, where she focuses on the intersection of money and government. She is the author of Pipe Dreams: The Plundering of Iraq's Oil Wealth. A former fellow at The New York Times and the Middle East correspondent for International Business Times, she has covered armed conflict and human rights violations in the Middle East for years. She is a graduate of Columbia University's School of International and Public Affairs and the University of Wisconsin-Madison.

Alan Eyre
Director, office of Middle East and Asia, Bureau of Energy Affairs, U.S. Department of State
Alan Eyre is the director of the Middle East and Asia office for the State Department’s energy bureau, where he ensures strategic energy considerations are integrated into U.S. policy for these regions. In over 30 years of government service Eyre’s major professional focus has been on the Middle East. He is widely acknowledged as one of the U.S. government’s foremost experts on Iran, and was a member of the U.S. government team who negotiated the July 2015 Iran nuclear agreement.  He has served in Nigeria, Syria, UAE, Azerbaijan and the UK, and speaks Farsi, Dari, Azeri and limited Arabic.

Omar Al-Nidawi
Iraq director, Gryphon Partners
Omar Al-Nidawi is the Iraq Director at Gryphon Partners, a strategic advisory firm in Washington DC. He is also a guest lecturer on Iraqi history at the State Department’s Foreign Service Institute. In his native Iraq, Omar was a pioneer of Internet journalism and a strong advocate for freedom of expression, earning recognition by World PC Magazine in 2007 as one of the “50 most important people on the web.” He is the author of numerous articles and reports on Iraq and has been published in The Wall Street Journal, Foreign Affairs, The National Interest, War on the Rocks, and many other publications. He earned his B.S. from Baghdad University and his M.A. from Columbia University’s School of International and Public Affairs.

Jean-Francois Seznec
MEI Scholar; Adjunct Professor, Johns Hopkins School of Advances International Studies
Jean-François Seznec’s focus is on the growth of the energy-based industries, such as petrochemicals, aluminum, or steel, in the Gulf. He is an adjunct professor at the McDonough Schoool of Business at Georgetown, as well as at Johns Hopkins' School of Advanced International Studies.  He has 25 years of experience in international banking and finance, ten of which were spent in the Middle East.

Director of the Track II Dialogues initiative, MEI; non-resident fellow, Johns Hopkins University SAIS Foreign Policy Institute
Randa Slim is director of the Track II dialogues initiative at MEI and a non-resident fellow at the Johns Hopkins University SAIS Foreign Policy Institute. A former vice president of the International Institute for Sustained Dialogue, Slim has been a senior program advisor at the Rockefeller Brothers Fund, a guest scholar at the U.S. Institute for Peace, a program director at Resolve, Inc., and a program officer at the Kettering Foundation. A long-term practitioner of Track II dialogue and peace-building processes in the Middle East and Central Asia, she is the author of several studies, book chapters, and articles on conflict management, post-conflict peace-building, and Middle East politics.