Pakistan in Crisis: How should the US respond? 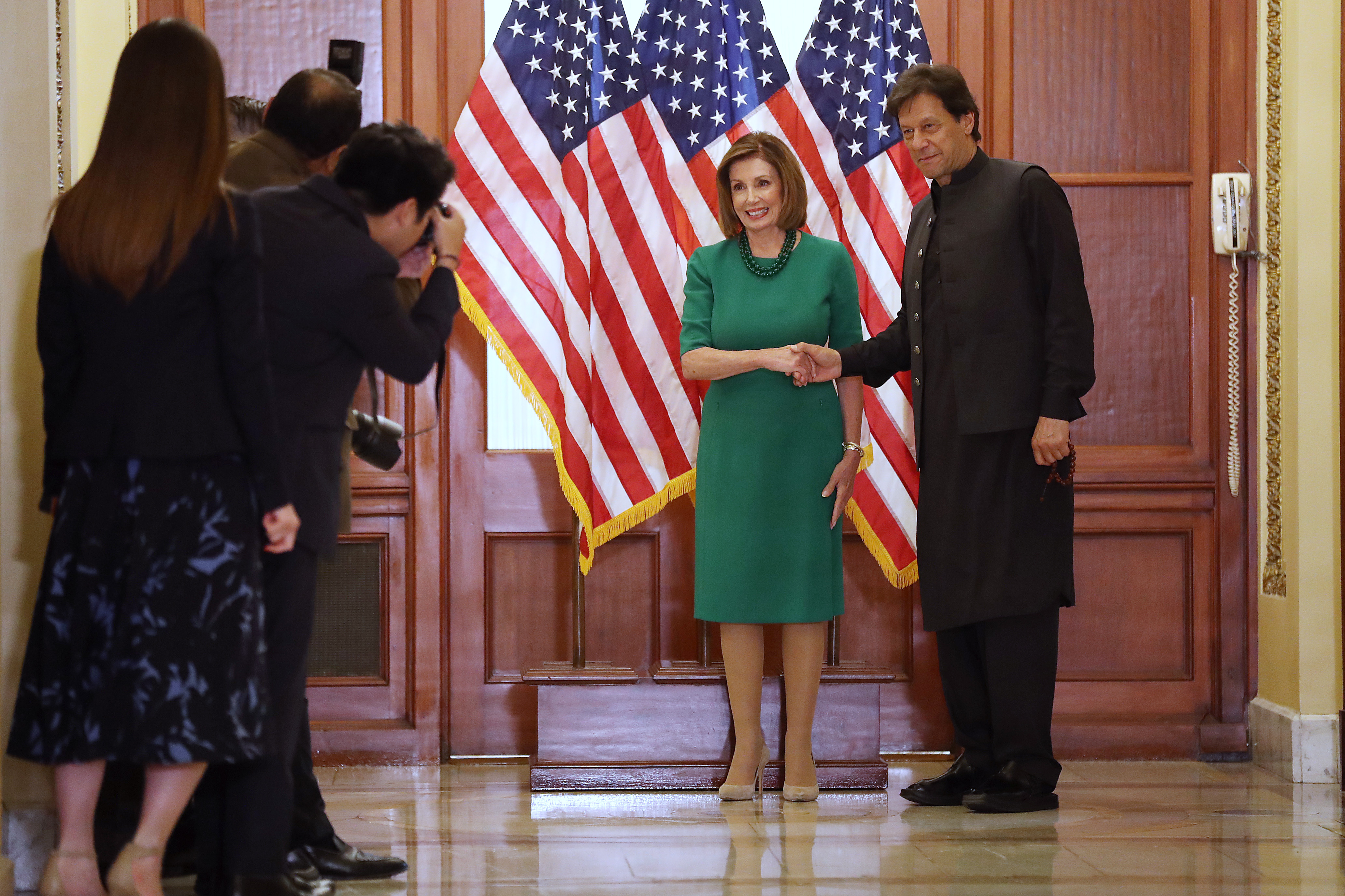 A power struggle among the political elites has dangerously polarized Pakistan and plunged it into a state of disarray, even as the country continues to suffer from a crippled economy and has yet to recover from a humanitarian crisis that was exacerbated by climate change-driven extreme weather events. For nearly a year, former Prime Minister Imran Khan’s populist campaign has pitted him and his large, energized following in a dangerous stand-off with Pakistan’s dynastic power centers and the formidable military establishment. Ever since his ouster in parliamentary proceedings in April, Khan has been propagating a foreign conspiracy narrative, accusing the United States of having joined with a motley coalition of Pakistani opposition parties to topple his government. Although Khan suddenly reversed himself more recently, his previous strident rhetoric and the prospect of his political return to government leave strong reason to question what will come of Pakistan’s long-troubled relationship with the United States. Khan may be trying to put his anti-American rhetoric behind him, but such messaging has already weaponized his young and largely conservative base by invoking Pakistani nationalism. It has also possibly increased the dangers of the many smoldering fires across Pakistan and the region’s sprawling religious and militant landscape.

This moderated public panel will discuss and explore the present and future contours of the U.S.-Pakistani relationship. What does each country want, what is practical and what is possible? Can this bilateral relationship survive beyond Pakistan’s current political populism and chaos? What could the United States do to tamp down the ever-expanding fundamentalist religious and militant networks inside and beyond Pakistan? What is the nature and scope of the U.S. and Pakistan’s counterterrorism engagement?

Javid Ahmad
Javid Ahmad is a non-resident scholar at the Middle East Institute. He is also a senior fellow with the Atlantic Council’s South Asia Center, focusing on security and counterterrorism, transregional militancy, and illicit networks. From 2020-2021, he served as Afghanistan’s ambassador to the United Arab Emirates. He serves as a member of the board of advisors for GardaWorld Federal Services, a federal contractor that provides security and risk management services to U.S. government agencies. Previously, he was a nonresident fellow with the Modern War Institute at the U.S. Military Academy at West Point, where he provided tailored assessments on violent extremism, insider threats, political risk and counterterrorism financing issues in South Asia and the Middle East. He has worked with the U.S. defense community, including General Dynamics, where he provided security and macroeconomic analysis and assessments to U.S. government and business clients. Prior to that, he worked on South Asia-related issues for the Pentagon’s Afghanistan-Pakistan Hands and the U.S. Naval Postgraduate School. He also worked as a program coordinator for Asia for the German Marshall Fund in Washington, a Washington-based think tank, and the NATO headquarters in Brussels.

Lisa Curtis
Lisa Curtis is a Senior Fellow and Director of the Indo-Pacific Security Program at CNAS. She is a foreign policy and national security expert with over 20 years of service in the U.S. government, including at the National Security Council (NSC), CIA, State Department, and Capitol Hill. Her work has centered on U.S. policy toward the Indo-Pacific and South Asia, with a particular focus on U.S.-India strategic relations; Quad (United States, Australia, India, and Japan) cooperation; counterterrorism strategy in South and Central Asia; and China’s role in the region. Curtis served as deputy assistant to the president and NSC senior director for South and Central Asia from 2017 to 2021 under three successive national security advisors. From 2006 to 2017, Curtis was a senior fellow on South Asia at the Heritage Foundation. She also served as a professional staff member on the Senate Foreign Relations Committee, handling the South Asia portfolio for the former chairman of the committee, Senator Richard Lugar (R-IN), from 2003 to 2006. Before that, she worked as a senior advisor in the South Asia Bureau at the State Department, where she developed and coordinated U.S. policy on India-Pakistan relations. In the late 1990s, she worked as a senior analyst on South Asia at the CIA, and from 1994 to 1998 served at the U.S. embassies in Pakistan and India.

Husan Haqqani
Husain Haqqani is a senior fellow at Hudson Institute. He served as Pakistan’s ambassador to the United States from 2008 to 2011 and is widely credited with managing a difficult partnership during a critical phase in the global war on terrorism. Amb. Haqqani's distinguished career in government includes serving as an advisor to four Pakistani Prime ministers: Yusuf Raza Gilani, Benazir Bhutto, Nawaz Sharif, and Ghulam Mustafa Jatoi. He also served as Pakistan’s ambassador to Sri Lanka from 1992 to 1993. Amb. Haqqani was formerly director of the Center of International Relations, and a professor of the practice of International Relations at Boston University. His areas of expertise include diplomacy, Muslim political movements, international journalism, intercultural relations, South Asia, Central Asia, South-East Asia, the Middle-East, and U.S.-Pakistan relations. His journalism career started with work as East Asian correspondent for Arabia: The Islamic World Review during the turbulent years following the Iranian revolution. During this period he wrote extensively on Muslims in China and East Asia and Islamic political movements. Later, as Pakistan and Afghanistan correspondent for the Far Eastern Economic Review, he covered the war in Afghanistan and acquired a deep understanding of militant Islamist Jihadi groups.

Douglas London
Douglas London is a retired, decorated, 34-year veteran of the Central Intelligence Agency’s Clandestine Service. Mr. London’s experience as an Intelligence Community leader includes executive positions and multiple field assignments as a CIA Chief of Station and Director of National Intelligence Representative, the president’s senior intelligence representative. He served extensively across the Middle East, Africa, and South and Central Asia and was likewise a CIA subject matter expert on Iran, Counterterrorism, and Weapons of Mass Destruction. Mr. London is currently an Adjunct Associate Professor at Georgetown University’s School of Foreign Service who frequently writes on national security issues. His op-eds have been published in The New York Times, Foreign Policy, The Hill, Just Security , and The Middle East Institute.

Marvin G. Weinbaum
Marvin G. Weinbaum is professor emeritus of political science at the University of Illinois at Urbana-Champaign, and served as analyst for Pakistan and Afghanistan in the U.S. Department of State’s Bureau of Intelligence and Research from 1999 to 2003. He is currently director for Afghanistan and Pakistan Studies at The Middle East Institute. At Illinois, Dr. Weinbaum served for fifteen years as the director of the Program in South Asian and Middle Eastern Studies. His research, teaching, and consultancies have focused on the issues of national security, state building, democratization, and political economy in Afghanistan and Pakistan.