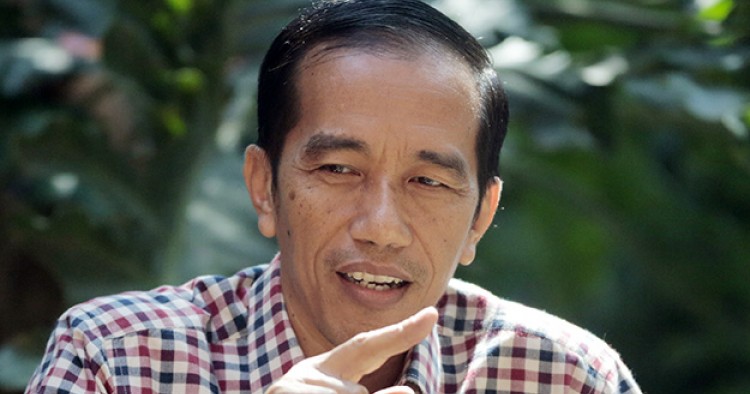 The Asia-Pacific region, exemplified by the Association of Southeast Asian Nations (ASEAN) countries, has been the cornerstone of Indonesia’s foreign policy, with relationships in the Middle East being of secondary importance. Nevertheless, Indonesia has worked for years to develop fruitful bilateral relations with Arab countries in the economic, religious, and educational spheres. Contemporary ties between Indonesia and the Arab Middle East are rooted in strong centuries-old religious, conceptual, and intellectual interactions, derived from the transfer of Islamic knowledge and ideas from the Middle East that left a deep imprint on the narrative of Islam in Indonesia, home to the world’s largest Muslim community. This process has introduced Indonesian Muslims to varied streams of Islamic thought, strengthening their sentimental bonds with the Arab Middle East, the cradle of Muslim civilization, and sustaining pan-Islamic sentiments. It even has exposed many Indonesians, since the early twentieth century, to the stormy political narratives of the Arab world.

Indonesia under the previous administration of Susilo Bambang Yudhoyono (2004-2014) showed an increasing ambition to be involved in Middle Eastern affairs, in particular by seeking to play the role of mediator and participate in peacemaking efforts. During the Yudhoyono era, Indonesia even conveyed an interest to be involved in efforts to settle the Israeli-Palestinian conflict. Soon after the onset of the Arab Spring in late 2010-beginning of 2011 and while the region further deteriorated into political turmoil and violence, Indonesia also showed increasing interest in supporting democratic transitions in the region.

Various explanations can be given for this incipient ambition to become involved in Middle East affairs. Perhaps the most obvious is that it sprang from historical and religious affinities, coupled with the potential economic benefits of more extensive relations with the region. Economic and religious linkage has long tied the region of Hadhramaut, in what is now Yemen, to the Indonesian archipelago—with the Hadhrami community during the colonial period being particularly appreciative of Indonesians’ displayed Islamic pietism.

Another explanation is that the impulse to support conflict resolution and democratic change in the region was the logical outgrowth of Indonesia’s own relatively recent democratic transformation. However, Indonesia’s apparent ambition to become more actively engaged in Middle Eastern affairs during the Yudhoyono years should also be seen in the context of the Indonesian state’s fundamental guiding foreign policy principle of “independence and activism” (bebas dan aktif).[1] Accordingly, greater involvement in the global arena, including in the Middle East, can be seen as a natural and even necessary adaption of this concept to changing circumstances.[2]

Indonesian domestic politics can also be added to this equation. The spillover of growing religious extremism from the Middle East and the increasing inspiration it has provided to local militant and terrorist groups in the Indonesian archipelago has been a major source of concern for Indonesian authorities. After all, Indonesia’s own stability and prosperity depends largely on the maintenance of religious harmony and tolerance within the highly diverse fabric of its society.

Indonesia’s foray into Middle Eastern affairs was also prompted by a “reformist mission,” one underpinned by the conviction that Islam and democracy are indeed compatible, which is validated by Indonesia’s own political trajectory. Indonesia embarked in 1998 on a difficult journey to democracy and has already achieved many attributes of a consolidated democracy. Indonesian foreign policy during the Yudhoyono years served as a vehicle for promoting democratic reforms throughout Asia and the Muslim world, the Arab Middle East in particular. For this purpose, Indonesia, in cooperation with Australia, established in 2008 the Bali Democracy Forum (BDF), and extended invitations to Arab counterparts to attend its meetings even prior to the Arab Spring.

The Gap between Expectations and Reality

In order to support its claim to a greater role in Middle East politics as peacemaker and mediator, Indonesia generated a set of arguments that highlighted its distinctive attributes and credentials: that the country is the world’s fourth most populous nation and the third largest democracy, home to the world's largest Muslim population; that as a country where democracy, Islam, pluralism, and modernity can and do thrive, Indonesia can help bridge the rift between the Muslim world and the West; and that Indonesia has demonstrated that it is capable of resolving serious local violent conflicts by peaceful means, as exemplified by the end of the decades-long conflict between the central government and the regional rebel movement, Gerakan Aceh Merdeka (GAM).

Notwithstanding its credentials and despite its aspirations and efforts, the Yudhoyono administration did not achieve a major breakthrough in any of the region’s conflicts and remained a minor actor in Middle Eastern politics. But the administration nonetheless made some noteworthy contributions to regional peace and stability. In 2006, Indonesian troops joined the United Nations Interim Force in Lebanon (UNIFIL) that is deployed in southern Lebanon and since then has helped to maintain the status quo along the Israel-Lebanon border.[3] Also salient was Indonesia’s participation in the Annapolis Conference in 2007, aimed at reviving the peace talks between Israel and the Palestine Authority; Indonesia’s participation can be regarded as an indication of its enhanced international activism and status. In addition, in the immediate post-Arab Spring period, Indonesia conducted dialogues with Egypt and Tunisia on transition to democracy, using the Indonesia Institute for Peace and Democracy (IPD), established to support the above-mentioned BDF, as a platform for these consultations. Whereas the Egyptian side to this dialogue was almost exclusively represented by unofficial delegates, mainly political and NGO activists, academic experts, and media practitioners, Tunisian government representatives also attended the meetings with Indonesian delegates.[4]

Nevertheless, one cannot escape the conclusion that there was a gap between Indonesia’s vision, expectations, and ambition as related to the Arab Middle East and its actual accomplishments. There are many reasons for this. For one, it can be argued that Indonesia’s aspiration to play a substantial role in the Arab Middle East was simply at variance with its capabilities; Indonesia is, of course, a remote, “peripheral” actor in geopolitical terms and has had little practical experience in the complex politics of the Middle East. An additional complication with respect to Indonesia’s interest in helping resolve the Arab-Israeli conflict is that Jakarta has no diplomatic relations with Israel. These same limitations arguably have been responsible for the fact that no Indonesian officer has served as commander of UNIFIL despite the relatively large contingent of peacekeepers that the country has contributed to the mission.[5]

Despite the mixed track record of the Yudhoyono administration’s forays into the Middle East, it appears unlikely that the administration of the new president, Joko Widodo, will abandon hope for a greater Indonesian role in the Middle East. In fact, the complicated political environment created by the Arab Spring offers new challenges for Indonesia to weigh in and make its presence felt. While the convulsions caused by religious extremism, widespread violence, and political repression offer little ground for the advocacy of peacemakers and democratic reformers, they still fit into Indonesia’s vision of engagement with the region.

Widodo’s dearth of foreign policy credentials was raised during both his nomination as a candidate for president in early 2014 and following his subsequent electoral victory. How would a president with little experience in foreign policy conduct the affairs of a regional power? Widodo’s activist and authoritative foreign policy has thus far surprised observers both inside and outside of Indonesia, many of whom draw parallels with the assertive, nationalist-oriented foreign policy of Indonesia’s independence leader and first president, Sukarno. Launching the doctrine of Indonesia as a global maritime axis (poros maritim dunia) between the Pacific and Indian Oceans and placing it as a central theme for Widodo’s administration clearly indicates the inspiration supplied by Sukarno’s vision. This doctrine is declared to ensure Indonesia’s maritime sovereignty, economic development, and security. It appears that the Widodo administration also seeks to employ this policy as a platform in pursuit of its strategic ambitions as a regional and global actor. The aim of Widodo’s administration to emphasize regional security, prosperity, and cooperation within the framework of international law will help Indonesia deal with growing challenges in its immediate neighborhood, such as those emanating from the South China Sea. Perhaps principles and strategic objectives that underline Indonesia’s foreign policy in Southeast Asia can, in Widodo’s view, also apply to the Middle East.

As with previous governments, the current administration has taken steps that demonstrate Indonesia’s desire to position itself as a global player. The central role it played in organizing and hosting the 3rd Asia-Africa Summit this past April is indicative of the broader role it envisions for itself. The summit commemorated the sixtieth anniversary of the historic Bandung Conference, which laid down the foundation of the global Non-Aligned Movement (NAM) in the 1950s. As the world’s most populous Muslim nation and a member state of the Organization of Islamic Cooperation (OIC), Indonesia was urged to support efforts to solve the conflict in Yemen by mediating in peace talks. Indonesia’s role in these international bodies, as either a participatory or founding member, should not be underestimated, as it ties directly into the independent, activist narrative that the country seeks to espouse as a global maritime axis.

While it is still too early to assess whether the Widodo administration’s efforts in the Middle East will bear fruit, it is clear that the country will continue to prioritize the region as central to its vision of being a global actor. Though the range of violent conflicts in the Middle East has dimmed hopes for advancing democratic reforms, Indonesia still remains capable of employing its clout in international organizations in the service of conflict resolution.

Historical ties between the Middle East and Indonesia have demonstrated to the Indonesian polity that the relationship flows both ways. The escalation of Sunni-Shi‘i conflict and increasing persecution of religious minorities raise a number of red flags for Indonesians concerned about the Middle East’s potential negative effects on the diverse fabric of their society. This awareness alone ensures that engagement with the region will remain high on the list of Indonesia’s foreign policy priorities. In addition, the spread of Islamic State influence beyond Iraq and Syria has Indonesia concerned about its ability to project its own influence and control events outside its geographic location. Recent events in Kuwait, Tunisia, and France underscore this point. As the world’s largest Muslim-majority country, Indonesia has a vested interest in buffering the Islamic State’s extreme ideology and keeping its own youth from joining its ranks.

These developments may lead Indonesia to emphasize its central role in the Muslim world in the context of aforementioned geopolitical ambitions. As a nation that has conceivably reconciled Islam with democracy and modernization, Indonesia may be motivated to strengthen cooperation and coordination with moderate regimes in the Middle East in order to provide a counter narrative to the extreme acts of the Islamic State done in the name of Islam. The weight of Indonesia’s democratic model in the region still carries value in the sense that it relies on a moderate form of Islam to effectively function and uphold a pluralistic and highly diverse society.

[2] On Susilo Bambang Yudhoyono's perception of the principle of an independent and active foreign policy, see his speech before the Indonesian Council on World Affairs (ICWA), Jakarta, May 19, 2005, http://sby.kepustakaan-presiden.pnri.go.id/index.php/pidato/2005/05/19/…. See also his remarks given at the Islamic University of Imam Muhammad Bin Sa‘ud in Riyadh, April 26, 2006, http://www.kemlu.go.id/Pages/SpeechTranscriptionDisplay.aspx?Name1=Pidato&Name2=Presiden&IDP=256&l=en and Paige Johnson Tan, “Navigating a Turbulent Ocean: Indonesia's Worldview and Foreign Policy,” Asian Perspective 31, 3 (2007): 147-181.

[3] UN Security Council Resolution 1701, passed in August 2006, enhanced UNIFIL by expanding its mandate and increasing its troop strength as a result of the 2006 Lebanon War.