The Afghanistan Stabilisation Program (ASP): A National Program to Improve Security and Governance 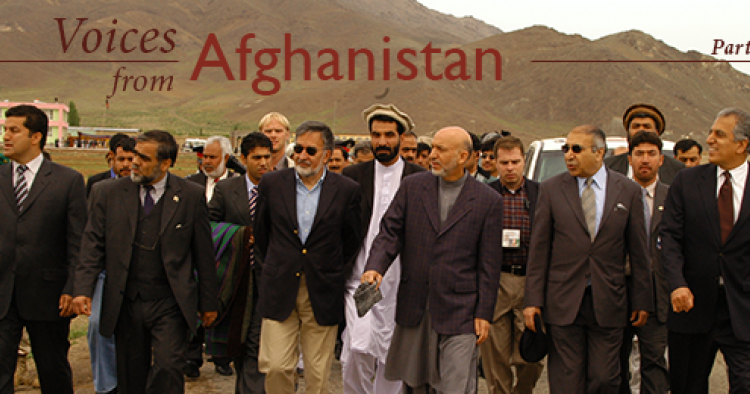 Since the coup in April of 1978 by the People’s Democratic Party of Afghanistan (PDPA), the social, cultural, political, economic, governance, and security fabric of Afghanistan’s institutions have been destroyed by the subsequent Mujahedin and Taleban regimes. It is impossible to have enduring peace, stability, and development in a country without a strong institutional foundation. After 33 years of war and instability, for the most part, the linkages between central, provincial, district, and village governance structures in Afghanistan are either very weak or non-existent.

In order to implement ASP’s program properly, the Afghan government established an inter-ministerial task force under the leadership of the Interior Minister. The task force included the Ministries of Finance, Communication, Urban Development and Housing, Rural Development and Rehabilitation (MRRD), and the Ministry of Economy.  Under the task force, the Project Management Unit (PMU) was established within the Interior Ministry, and the donor community led by the British government contributed 20 million pounds. In addition, the United Nations Assistance Mission in Afghanistan (UNAMA) funded six pilot projects at the district level: Mohammad Agha in Logar, Muqar in Ghazni, Nahrin in Baghlan, Ghurband in Parwan, Sayed Karam in Paktia, and Yakawolang in Bamiyan.[3]

Subsequently, many other countries made the following pledges:

The PSF program implemented 294 projects[4] in 14 provinces. However, the promise of US$1 million to each province made by President Karzai at the CLJ was not fulfilled due to lack of funding. The government of Japan had pledged to fund the program from revenue received by supplying oil to Coalition forces. Ultimately, the government of Japan only contributed US$6 million due to the cancellation of the oil deal intended to fund their contribution. Other donors did not contribute to this program. President Karzai and Interior Minister Ali Ahmad Jalali inaugurated the completion of the first district-headquarter building in Mohammad Agha in Logar province in June 2005. Under the ASP, by October 2005, the construction of 100 district headquarters was contracted. However, five years later, the actual work in some of those original districts had not been completed.At the end of the Constitutional Loya Jirga (CLJ) in 2003, Afghan President Hamid Karzai promised US$1 million in development money to each province through the Provincial Stability Fund (PSF). In order to spend this money, the provincial government was instructed to identify, in consultation with elders, key development projects to be funded from this program. 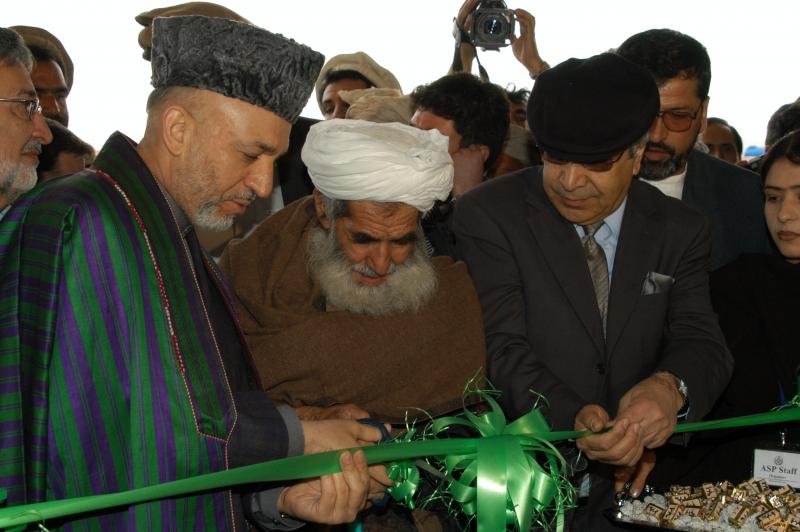 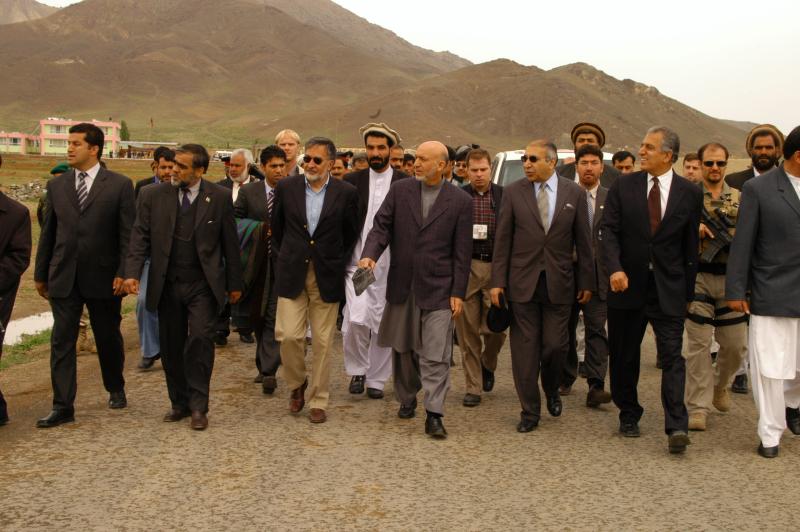 The ASP faced several challenges from the very outset:

In the beginning of the program, the Ministry of Interior planned to build in all the districts of Afghanistan in five different stages. Districts that border Pakistan, Iran, and Afghanistan’s northern neighbors were to have headquarters built in the first three stages on a priority basis in order both to secure the borders and to provide better services to citizens in the remote areas. In the fourth stage, all the districts that are linked to highways were to receive a district office. In the fifth stage, the remaining districts would have headquarters built. Unfortunately, the president rejected this idea, and he selected the first six pilot districts in six different provinces without any specific criteria.

Second, the Ministry of Interior suggested that in order to examine the impact of this program, all the districts of one province should be selected, thereby building a model province that could be replicated throughout the country. The leadership of the government also rejected this idea. The president then instructed the ASP to randomly select three or four districts from each province so that all the provinces would have a fair share of development. Managing two or three districts in each of the 34 provinces was exceedingly difficult. Moreover, this approach made it impossible to measure the impact of the program.

Finally, from the very beginning, the ministerial task force was not able to recruit an effective management team. Due to ineffective leadership, the ASP did not achieve the goals that were outlined in the project document. Lack of proper management reduced trust and the support of the donor community for the program. The confidence of the donor community was particularly undermined when MOI leadership and ASP’s management changed in July 2005. The US Agency for International Development (USAID) withdrew US$8 million while the Government of Canada withdrew all their money from the ASP program due to lack of proper management. The UK’s Department of International Development (DFID) also withdrew approximately US$10 million.[5]

CURRENT STATUS OF THE ASP

When the Independent Directorate of Local Governance (IDLG) was established in 2007, the ASP was subsumed in it. However, due to changes in leadership and the lack of trust from the donor community, the program still has not achieved what was envisioned in the original plan. According to the August 2010 report of the ASP, since 2005 only the Asian Development Bank and the Government of Afghanistan, using funds from the national budget, had contributed US$16.5 million[6] to the program. The ASP contracted an additional 59 infrastructure and 82 equipment projects, but according to the ASP program manager, Eng. Masoom Farhad,[7] they do not have enough money to pay for all contracted projects once they are completed.

The to-date financial expenses of the ASP are shown in the table.

In order to build institutions and strengthen linkages between central, provincial, district, and village-level governance in Afghanistan, there is the need for implementation of sound, viable programs, not unrealistic projects designed to cover every aspect of the governance process.

The ASP has existed since 2004, but the Government of Afghanistan and the donor community still have not decided whether this program should be ramped up or permanently shut down while still maintaining the overhead cost of staff and management required by the program. At the same time, the Government of Afghanistan and the donor community have initiated several other parallel programs such as the Governor Performance Fund, Afghan Local Governments Facility Development Program, and Afghanistan Social Outreach (ASOP), which essentially rename an old concept for funding purposes and introduce a similar set of programs as if they were new initiatives. There are numerous other examples of programs with different names that are all based on the same concept such as the Auxiliary Police, Arbaki, the Afghan Public Protection Force (APPF), the Community Defence Initiative (CDI), the Village Defence Initiative (VDI), the Village Stability Operation (LSO), and the Afghan Local Police (ALP). It is this type of approach based on short-term goals that continues to undermine good governance in Afghanistan.

The concept of the Afghanistan Stabilisation Program is still a valid one. The IDLG should develop a clear plan of how to manage and implement this program.[8] With some oversight of the ASP, it is possible to link security, governance, and development through this program and to improve governance in Afghanistan. In order to avoid mistakes, save time, and conserve resources, the donor community should, before supporting any new government programs, examine the successes and failures of past programs. It is far more effective to address the shortcomings of programs in which the international community and the Afghan government have already invested millions of dollars than to create new ones that will initially do little more than replicate the work already attempted by programs such as the ASP.

[6] US$10 million of Asian Development Bank was spent on equipment, vehicles, and some salaries for IDLG staff that were recruited outside of the regular governmental structure.

[8] In 2005 and 2007, the DFID and IDLG assigned independent audits to review the ASP program. Auditors reported that with some recommended changes, the ASP is a valid program that can contribute to the improvement of governance in Afghanistan.