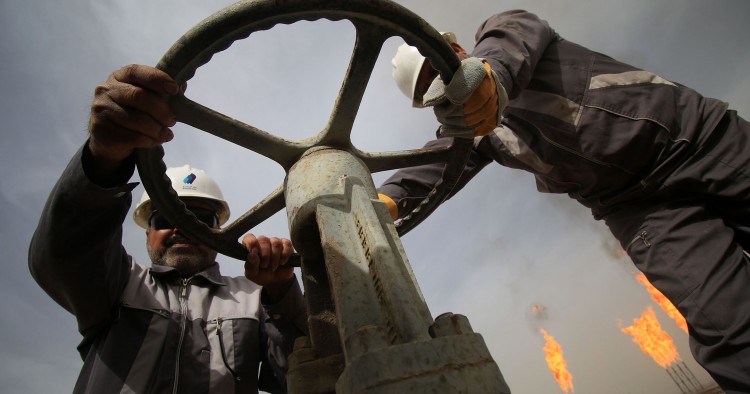 Since the ratification of Iraq’s constitution in 2005, Iraq has struggled to interpret clauses 111 and 112, which stipulate that oil is the property of the Iraqi people and its revenues should be shared equitably. Several draft laws on hydrocarbon management, energy sector regulation, and oil revenue distribution have remained stalled because of differences between the federal government and the Kurdistan region over the interpretation of those clauses. A March law on the creation of an Iraqi national oil company, passed before national elections on May 12, has offered its own interpretation: that the board of the national oil company determine how best to distribute its revenue in Iraq, excluding the Kurdistan region.

The Iraq National Oil Company (INOC) law contains many flaws, both structural and procedural, but the greatest are the provisions on oil profit distribution, which undermine the company’s essential role in regulating oil and gas operations and shielding them from political manipulation. Additionally, passing a law that excludes the Kurdistan region from the company’s reach before enacting a federal hydrocarbon law that defines the relationship between the government and its regions amounts to putting the cart before the horse.

The INOC law was meant to be one of several laws that would have regulated the oil and gas sector in the whole of Iraq, defined the role of the federal oil ministry in overseeing it, and stipulated the equitable distribution of oil revenues, all under the umbrella of a national hydrocarbon law. That collection of laws has been stalled since 2007 because of disagreement between the federal government and the Kurdistan region over the management of various oilfields.

The government has failed to pass any of those laws since, with Baghdad and Erbil running their own separate shows amid disputes over who has the right to sell oil, who cashes the proceeds, and how revenues are distributed in the federal budget. The passage of the new INOC law circumvented those issues by brushing them under the carpet. It amalgamates two laws—one regarding the INOC and the other oil revenue distribution—and, to ensure its passage before the May elections, excludes the Kurdistan region’s oil and the revenues it generates.

Coming just two months ahead of the elections, the law stipulates that up to 90 percent of the profits generated by the INOC will go to the state treasury, but that legislators could reduce that share while voting on the annual federal budget. According to the law, the remainder would be distributed between a capital reserve of the company, a citizens’ fund where each Iraqi residing in the country is entitled to one equal share, a future generations fund, and a reconstruction fund for strategic projects in provinces where oil activity takes place. All of this is to be regulated and decided on by the board of the company, putting about a dozen technocrats in charge of deciding how oil revenue will be split. The 11-person board, which will most likely be appointed along the usual sectarian lines that plague all ministries and public institutions, is to be made up of a chairman with rank of minister and two deputies, the deputy oil ministers of Baghdad and Erbil, three chairs of affiliate companies, and three experts. The handouts, according to the law, will be paid directly from the company’s account at the central bank.

In the last 15 years, and since the advent of the new regime, Iraq’s major problem has been an inflated public sector that drains over 75 percent of the national budget each year, leaving little to allocate to investment projects. Of those projects, most are public infrastructure projects that have generated little economic growth or non-oil revenue. In the absence of a vibrant private sector, Iraqis venerate a job in the public sector, where employees enjoy abundant benefits and a secure pension in addition to food rations cards and subsidized utilities.

The legislators who pushed for the adoption of the law, as well as their supporters outside of parliament, argue that giving all Iraqi citizens a share of the profit generated by the company will put an end to the rentier state. However, it is difficult to see how direct handouts from oil revenues will create a vibrant economic base separate from oil.

Iraq’s dilemma is in the inability of its political class to offer a vision for state-building and institutional governance, rather than being driven by short term gains from one election to the next. Even legislating the proper management of the oil sector is seen through the prism of electioneering, as demonstrated by the INOC law. It focuses more on appealing to the voters with the promise of distributing oil money, rather than on the future of the energy sector itself and its place in the national economy. The legislation in its current form cannot be implemented unless several amendments are introduced to correct its many flaws and contradictions. More importantly, it cannot exist on its own without an umbrella hydrocarbon law that defines the legal framework under which it should function.

How sustainable is Russian-Saudi energy cooperation?