Algeria rings in the old: Civil society under assault 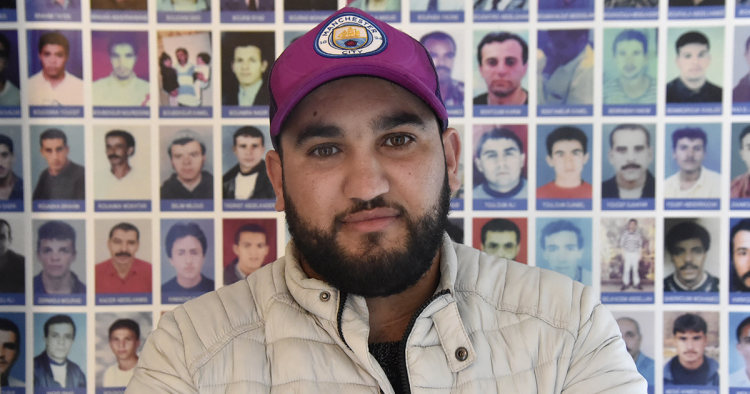 On the third anniversary of Algeria's pro-democracy protest movement, known as the Hirak, Algeria is ringing in the old. After using the COVID-19 pandemic as an excuse to crack down on civil society organizations (CSOs), human rights defenders (HRDs), and opposition figures for more than a year, the Algerian authorities are intensifying repression against the last voices of dissent, hoping to put an end to the Hirak once and for all. Human rights in Algeria are under serious threat; the pattern toward a more authoritarian, less competitive regime is clear.

On Jan. 28, 2022, at least 46 political detainees went on hunger strike. Some were assaulted, while the authorities transferred others arbitrarily to different prisons. The recent arrests of Zaki Hannache and Felah Hammoudi are further examples of the onslaught against civil society. On Feb. 18, five officers arrested Hannache, a 34-year-old Algerian HRD, at his family home. Since the advent of the Hirak in February 2019, he has been the main source of information about political detainees in the country. Alone, armed with nothing but passion, patience, and his phone, Hannache built a reliable network of lawyers across the country to gather and spread information concerning detained political activists and their legal proceedings. Hannache's Facebook page became the platform and reference point for many HRDs. My many interviews with HRDs between June and July 2021 can be summed up thus: "Zaki is in a league [of human rights] of his own."

A day after Hannache's arrest, Gendarmerie officers arrested another HRD, Hammoudi, head of the Tlemcen office of the Algerian League for the Defense of Human Rights (LADDH). While Hannache's fate remains unknown, Felah's is clear: On Feb. 20, he was sentenced to three years in prison and a fine of $1,100 for the "management of a non-registered association," "contempt of corporate bodies," and "publication of false news or news that would harm the public safety."

Since his election in December 2019, President Abdelmadjid Tebboune has promised respect for human rights and reforms to "consolidate democracy." On the ground, however, these promises haven’t been kept. He has failed to initiate a dialogue with the Hirak or to uphold either the rule of law or human rights. The number of political detainees is rising. According to Hannache's platform, 340 political detainees languish in Algerian prisons as of Feb. 22. Repression has escalated since street protests recommenced last February after a year-long break. The authorities expanded their repertoire of repressive tactics. Depending on the conjuncture (i.e., the referendum for the new constitution, local or legislative elections), they have shifted between attrition, concessions, and soft or brutal repression.

Political opponents, journalists, lawyers, activists, teachers, students, academics, and ordinary citizens have been detained for political reasons in violation of human rights. Restrictions on freedom of expression and press abound, including cyber censorship. Terrorism charges are imposed on peaceful political activists; 59 detainees currently face terrorism-related charges under Article 87-bis of the Algerian Penal Code, which in June 2021 expanded the definition of terrorism. The Algerian government interferes regularly with the freedoms of peaceful assembly and association. On Jan. 5, the Ministry of the Interior warned the Rally for Culture and Democracy (RCD), a secularist political party appealing to the Berber minority, to suspend meetings without prior authorization under threat of legal action. Later that month, the State Council temporarily banned the Socialist Workers' Party (PST), closing its headquarters. These actions are only possible with the consent of the judiciary, which acts as a corrupt arm of the regime.

CSOs and personalities have mobilized against this escalation. For instance, when Hannache was arrested, no fewer than 21 organizations signed a declaration of concern over the "dangerous intensification of Algerian authorities' repressive tactics." It’s hard to face down such a resilient, semi-authoritarian regime that has shown the capacity to fragment and neutralize CSOs by skillfully playing on their weaknesses. Militants both novice and veteran have, however, admitted that the regime is only partly responsible for the fragmentation of CSOs. Many HRD interviewees explained that CSOs and individuals working on human rights were generally unproductive because they could not overcome perennial divisions or create effective alliances against the politico-military establishment and its supporters. Kahina S., a 38-year-old HRD living in Canada, spoke for many of her colleagues when summing up the situation on June 11, 2021:

“The first obstacle to moving forward in concrete terms is related to 'personal' nature, which reveals problems of egos. […] Even in the diaspora, we face a war of appropriation of collective actions. As soon as an action emerges, we face strong resistance from individuals who want to have a more prominent role in the initiative. These acts of sabotage came from the militants themselves, and I do not think that the regime or the Algerian security services have anything to do with it. We are responsible for this self-sabotage. […] It all became a visibility and popularity contest.”

In addition, all respondents explained that the LADDH seems disinterested in changing Algeria's human rights laws. Many interviewees acknowledge an increasing awareness about human rights in Algeria and a push for those rights by civil society. Nonetheless, they all described the LADDH, in the best case, as an "empty shell," a "paper tiger," or, in the worst case, as a "travel agency" — in reference to the unfairness, nepotism, and favoritism with which the organization chooses participants for training abroad. According to the interviewees, most selected trainees are "incompetents," whose only desire is to gallivant around a new country for a few days. In theory, these trainees are supposed to be "multiplying agents," meant to teach others what they’ve learned, yet such instruction is non-existent. Meanwhile, the regime continues to demonstrate proficiency in controlling and fragmenting the associative domain. This is likely to continue into the near future.

Dr. Dalia Ghanem is a resident scholar at the Carnegie Middle East Center in Beirut, where her work examines political and extremist violence, radicalization, Islamism, and jihadism with an emphasis on Algeria. The opinions expressed in this piece are her own.