America and Egypt Need Each Other 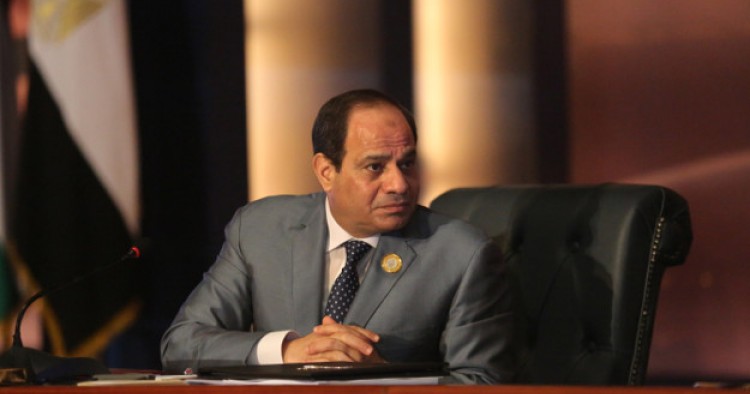 Egyptian president Abdel Fattah el-Sisi’s visit to President Trump signals the restoration of the close U.S.-Egyptian relations that have been a key pillar of U.S. policy toward the Middle East for four and half decades. The United States has an abiding interest in a stable, prosperous and well-governed Egypt, and Egyptians have an interest in close relations with the United States’ government, economy and society.

The two nations share many common interests, and the two governments agree on many things and disagree on others; this is natural in most partnerships, and is true of other American partnerships in the region, such as those with Israel, Saudi Arabia or Turkey.

Today’s meeting between Presidents Trump and Sisi is an opportunity to communicate to our respective publics that Washington and Cairo are back in business. The signal is key to U.S. allies and friends in the region, including Israel and the Arab Gulf states, who believe a strong Egypt is vital to their security, and to the restoration of stability in the chaos-torn Middle East.

The United States and Egypt agree on the need to defeat terrorism, to push for a more moderate Islamic narrative, to end civil wars and stand up failed states, and to reduce interstate proxy wars. Both leaders understand the urgency of rekindling economic growth and job creation. They also agree on the need for progress on the Israel-Palestine and Israel-Arab peace process.

With regard to areas of difference, it is natural that the two capitals see the world and their own priorities through different lenses.

Towering Ambitions: Egypt and China Building for the Future