Arab Civil Society after the Arab Spring: Weaker but Deeper 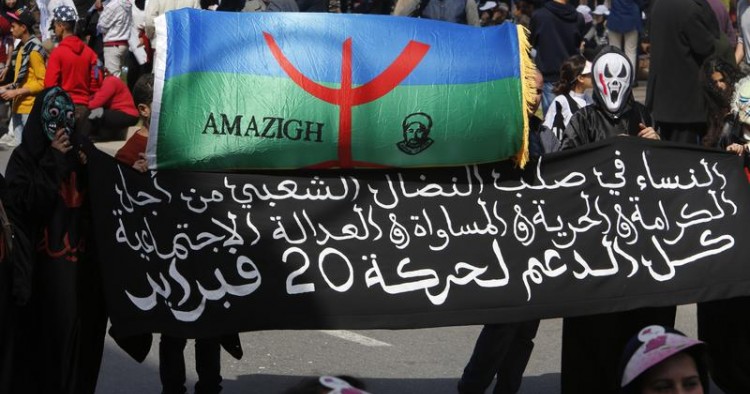 In the Middle East, academic trends often mirror the ebb-and-flow of regional politics. During the 1990s, many researchers took inspiration from the burgeoning Western scholarship on civil society, which saw voluntary associations and social capital as the hallmarks of healthy democracy. Drawing upon such work, Arab specialists generated exciting studies that dissected civil society―defined as the organizational sector of public life distinctive from the family, market, and state―in various Arab countries, such as Islamist charities, service providers, trade unions, student committees, and human rights NGOs.[1] It was not controversial to suggest that such civil society organizations could be the vanguard of a new democratic revolution in the Middle East, at a time when communism had not only suffered a millennial defeat but public intellectuals everywhere were calling for a return to social voluntarism and civic values.  Supporting civil society organizations also made its way into Western foreign policy, and soon giving significant foreign aid to (secular) social groups became a normalized part of the overall strategy of promoting gradual democratic change.

By the mid-2000s, though, the chiliastic moment had dissipated. As democratic transitions failed to materialize in the Arab world, regional observers lost faith in civil society. They saw how many autocratic governments employed a potent new mix of co-optation and coercion to stymie the many voluntary associations and NGOs that rallied for democratic reforms. [2] Thus until the Arab Spring, topics like political repression, electoral manipulation, and institutional survival were far more common than the study of civil society among social scientists in the Middle East.  The Arab Spring reset the cycle. As popular insurrections toppled long-serving autocrats in Tunisia, Egypt, Libya, and Yemen and unprecedented mass mobilization shook the streets of many other countries, observers of the Middle East have once again swung from the state back to society as the arbiter of change. New studies trumpeting the democratic potential of civil society have appeared, using language more guarded than their predecessors but brimming with no less optimism regarding the ability of civic organizations to imprint liberal change.[3]

Such theoretical oscillations between state and society say more about the proclivities of academic trendsetting than empirical realities on the ground. In reality, when conventionally defined as the formal organizational sector, civil society played just a minor role in these historic uprisings. True, trade unions participated in the the Tunisian and Egyptian revolutions, NGOs rushed to stabilize new governments in Libya and Yemen, and the streets of Morocco and Jordan did feature protests from Islamists, parties, and syndicates. Yet as hundreds of books now attest, the driving force behind the Arab Spring did not come from the usual revolutionary suspects.[4]  Neither leftists nor Islamists, neither Western-funded organizations nor human rights NGOs, and neither intellectual elites nor opposition parties sparked these national insurrections. The trigger instead came from the realm of informality―from everyday citizens who, linked by technology and united by common norms, managed to challenge their dictatorial status quo to a degree that civil society organizations had seldom alone achieved.

Where does this leave Arab civil society after the Arab Spring? How we answer this question turns on the boundaries of this tired and tested concept. In the past, civil society has referred to formal organizations and groups with established leadership, hierarchical infrastructure, financial sustenance, and an ideological affinity. If this definition sticks, then it would be easy to reproduce past practices and evaluate the size, density, and activity of every national civil society through matter-of-factly observations and measures.[5] For instance, under the new autocracy of President Sisi in Egypt, we might count the number of organizations registered with the government, track their sources of funding, identify their proclivity to human rights and liberalism, and then assess whether these actors–NGOs, social charities, political parties, and so forth–have withstood the onslaught of revamped repression.

Such a survey would find Arab civil society as generally weaker. The formal sector of voluntary associations continue to reflect and reproduce the wider legal structures and political circumstances that surround them. To be sure, in countries that experienced an efflorescence of political freedom after the end of dictatorships, such as Tunisia and Libya, many new NGOs have appeared. Elsewhere, the situation evokes little hope. In war-stricken Yemen and Syria, many groups and associations have ceased to function due to the onset of violence and material scarcities. More than a few organizations in Egypt and Bahrain have been shuttered due to their anti-regime opposition, and this includes more than pesky human rights monitors. (The Muslim Brotherhood’s dismantling in Egypt rivalled the anti-Islamist crackdowns of Nasser a half-century ago.) In closed states where existing laws never allowed for much autonomous pluralism in the first place, such as Saudi Arabia and Qatar, civil society remains nascent. And where regimes had long mastered how to combine tolerant associational laws with nonelected rule, such as Morocco, Jordan, and Kuwait, there are still thousands of independent and autonomous associations that work towards positive change–but with as little chance of success as before.  Jordan is an exemplary case in point; while citizens there still have the theoretical right to organize everything from women’s rights groups to political clubs, a convoluted set of anti-terror laws makes any kind of bold public expression liable to prosecution.

Yet what if the concept of civil society were freed of its formalistic content and Western-oriented boundaries? If the civic arena were to include not just physical organizations but the informal sector―the very realm of activism that spawned the Arab Spring―then a regional exploration would find a far more complex and promising landscape. It would see civil society as deeper in three key ways. First, it would admit a far wider variety of social forces with the demonstrable ability to mobilize resistance in public spaces. Such entities would be missed by scholars armed with old criteria like ideological orientation, organizational resources, and opportunity structures, because such analytical filters do not helpfully expose potential points of opposition. During the Arab Spring, dissent and activism came from online networks, tribal affiliates, neighborhood circles, and otherwise unaffiliated youths who proved their mettle by simply refusing to obey governmental dictates to disperse when they clamored in protest. Further, these new social actors were not incompatible with traditional actors such as trade unions, as evidenced by their successful coalition with workers and Islamists during the Tunisian and Egyptian revolutions.

Second, anchored by this fluid domain of human capital, this deeper view of civil society eludes easy categorizations of being “strong” or “weak.” Previously, scholars could instantly see the presence of absence of organizational activity, and from there judge whether or not any given civil society was healthy. The Arab Spring threw that playbook out the window. Whether social forces are willing and capable of mobilizing resistance defies easy prediction. One reason, as sociologists of social movements know well, is that strategies of abeyance can sustain the emotional energies and diffuse politics of activist networks during periods of mobilizational reformation, giving the illusion of inactivity when in reality critical voices are searching for transformable circumstances. Recent work on Tunisia, for instance, has shown how the Jasmine Revolution that deposed the autocracy of Ben ‘Ali did not occur in a historical vacuum. Many of the protesters that pushed the rallies of late December 2010 had been profoundly shaped by past protests and strikes, either by direct participation or from learning, and so came into this new period of uprising with a powerful narrative of injustice that helped convince many others to join them in bringing down the dictatorial state apparatus.[6]

Finally, this deeper vision of civil society has a strongly transnational character. Technological currents and normative diffusion shape the ways that activists mobilize to a degree that past generations of civil society theorists could never imagine. During the Arab Spring, protesters reached across borders―both within the Arab world, and outwards to other regions―to learn new tactics of political resistance, to circulate information and vital news, to generate common norms of solidarity, and to broadcast their governments’ abusive practices to outside audiences. These external linkages make old notions of civil society, with their strongly domestic flavor, antiquated. Today, while social actors will always respond first and foremost to local concerns, their repertoire of contention will incorporate innovations in resistance and rebellion made everywhere else. Stop-gap measures that authoritarian governments have tried, such as suddenly shutting off internet access (as Egypt did in January 2011) or imposing draconian censorship online (as many states do) only go so far. Dedicated activists will find a way to access ideas, find inspiration, and gather resources beyond their legal confines.

On the other hand, the permeability of public spheres to regional and international forces can cut the inverse way. In Jordan, for instance, the current abeyance by many of the new opposition movements that catalyzed the 2011-12 protests, such as the tribal youth networks known as the hirak, is directly linked to carnage occurring in Syria and Iraq. Some youth activists have become fearful of the consequences of stirring too much unrest at a time when over a million Syrian refugees are straining public resources, military interventions against the Islamic State have begun to cost Jordanian money and lives, and the entire Levant seems ready to collapse inwards upon its colonial borders. This chilling effect has given the Jordanian regime a temporary reprieve from the unprecedented grass-roots opposition that took center stage during 2011-12, but for the wrong reason.  Many Jordanians have demobilized not because they have accepted their monarchy’s tepid promises of democratic reform, or because they no longer think ideals like economic justice and political rights are worth fighting for; rather, modest uncertainty at home seemingly trumps the bloody insecurities that rage across their northern and eastern borders. In other words, an autocratic regime has outlasted popular unrest because neighboring states are collapsing in civil war.

These reassessments suggest that we must stop picking the low-hanging fruit when dealing with civil society in the Arab world. Formal organizations can be easily studied, but they alone will not bring about democratization: the conceptual history of civil society scholarship in the Middle East is testament to this. We must instead peer into hidden spaces of resistance not captured by the formal sector. Such critical realignment also implicates existing Western strategies of democracy promotion, which every year provide considerable grant aid to civic associations. If an Arab Spring can come from the unlikeliest of places, then it behooves democracy promoters to stop putting faith in organizations that mean well but have little track record of bringing about change, and to instead engage far more popular, widespread, and ingrained social currents.

[4] For a review of this vast literature, see Sean Yom, “Understanding the Arab Spring: One Region, Several Puzzles, and Many Explanations,” Government and Opposition, Vol. 51, No. 1 (January 2016), forthcoming.