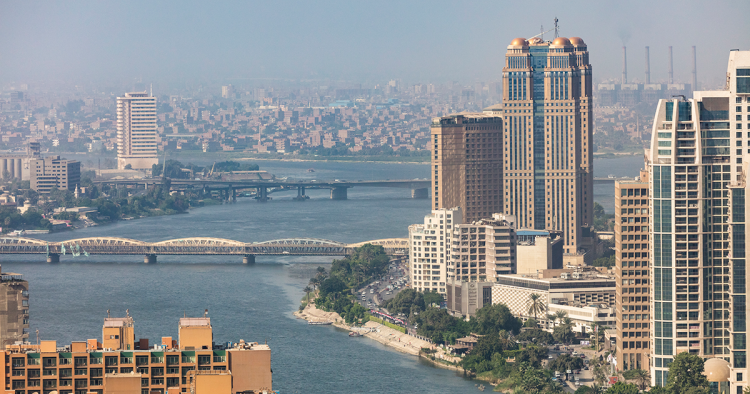 Not unlike during the lost decade of the 1980s, all Arab states are, to various degrees, in some form of deep crisis: weakened by fiscal deficits, losing their capacity to deliver services, unable to tax fragile economies, and facing the threat of social unrest. COVID-19 has revealed most of these weaknesses further.

In the midst of multiple challenges, states could react, in theory, in three, non-mutually exclusive ways:

Ideally, the three constraints would be tackled simultaneously, and progressively, in ways that generate a virtuous circle that can improve state effectiveness and social services, lead to more freedoms, and make the private sector more dynamic.

But unfortunately, negative loops also threaten to create vicious circles of decay and chaos in countries that are unable to start rebuilding social trust effectively in ways that foster collective action. Indeed, for autocratic governments under pressure, these choices can be seen to present a hard trilemma. An effort to improve on any one dimension is a risky bet: At best, it may allow for marginal gains that create policy space for other reforms to follow, but it can equally end up deteriorating the other dimensions, and locking the state in a trap of further decay.

There are some uncanny similarities between the current situation and that of the 1980s: Then and now, economic growth is low and public debts are high, following a decade of fiscal deficits. Growth is anemic — on average, close to zero for the region and over the whole decade of the 2010s. Already eight countries have external debt to GDP over 75%, which puts them at high risk of losing market access. As was the case then, regional geopolitics generates instability. In the meanwhile, the "street" is increasingly calling for regime change, not just reforms, and in several countries, the military is now on the frontline, searching for ways to rule without governing.

A rebound is also harder now than in the 1980s.The oil price declines (with regional revenues falling from $1 trillion to $400 billion annually), coming after a long oil boom, are unlikely to recover. There has been further de-industrialization (e.g., Algeria, Lebanon, Egypt, Iraq). Export growth is harder in a slow-growing global economy. Tourism, an important sector in many countries, is not resilient to security and health shocks. And remittances, which remain a lifeline for millions around the region, are on the decline as the Gulf Cooperation Council seeks to replace migrants with nationals.

At the same time, the main sources of external financing are becoming more sensitive to economic performance: Bilateral creditors are more budget-constrained at a time when geopolitical rents are eroding. Indeed, some countries that were too large to fail are becoming too large to bail. And a good portion of external debt is now owed to financial markets, with which cooperative solutions cannot be negotiated easily. Finally, in some countries, the domestic banking sector is vulnerable (especially in Egypt and Tunisia), raising the risk of immiserizing triple financial crises (external, fiscal, and banking), as in Lebanon.

In the 1980s, the trilemma was resolved by focusing largely on type 1 policies, and not on types 2 and 3. Adjusting countries got generous external support not conditional on political progress, and structural conditionality, which was imposed, was largely not heeded. They ended up stabilizing gradually, but gave rise to an unbalanced form of crony capitalism, which combined with a sharp rollback of the state, ultimately led to the Arab Spring uprisings of 2011.

Today, while none of the structural problems of the past that gave rise to social contestation have been resolved, states are confronting the challenges they face by placing their bets differently than in the 1980s, and with a lot more variation. Three categories of bets, all risky, have been placed, the resolution of which will determine where these countries end up in the medium term, say in five years:

Other countries have not yet placed their bets, unable to muster the stamina needed to move away from a collapsing status quo. Syria, Yemen, Libya, and Palestine are stuck in a violence and poverty trap. Fragile regimes with foreign currency reserves left are doing little and spending fast what is left — this is the case of Lebanon and Algeria.

The hope is that this list will shrink rather than expand. But in most of the region, the bets have been placed. All that we can say is that five years on, the region will be dominated by divergence: Some states will emerge stronger, and some much weaker; some may end up more democratic, and some more autocratic; but only those that will manage to improve state capacity in ways to command more trust among their citizens will be able to pave a road toward longer-term progress.

Ishac Diwan is professor of economics at the École Normale Supérieure in Paris, a former director at the World Bank, and a non-resident scholar with MEI’s Lebanon and Economics and Energy programs.