Assassinations could upset the status quo in Turkey-PKK conflict 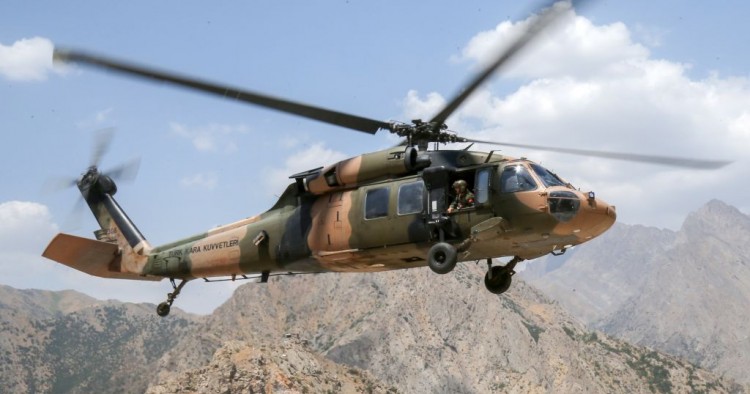 Despite the fiery rhetoric, the long-time conflict between Turkey and the Kurdistan Workers’ Party (PKK) has mostly been a controlled fight following tacit rules. But recent events, including Turkey’s increased efforts to assassinate PKK leaders and the targeted killing of a Turkish consulate official in the Iraqi Kurdish capital on July 17, risk overturning the status quo and ushering in a violent new era. That could have significant consequences not only for Turkey and the Kurds in the region, but also for U.S. policy on Syria, Turkey, and Iraq’s Kurdistan Region.

Three decades ago, on a sunny afternoon in Istanbul in 1988, Maj. Esat Oktay Yildiran, the former director of the Diyarbakir military prison, a notorious torture site, was gunned down while travelling on public transport by a PKK militant. Yildiran, a mid-level military commander, was one of the most senior Turkish officials ever assassinated by the PKK, as the group hardly ever carried out targeted killings of top Turkish officials in urban areas.

Throughout the 1990s the PKK trained and deployed operatives across Turkey’s big cities, but never ordered them to carry out assassinations. Abdullah Ocalan, the PKK leader, continuously rejected bids from assassins to do so, even though the Turkish state tried but failed to kill him in Syria in 1996. The PKK militants responded by beginning to conduct suicide attacks instead. Zeynep Kinaci became the first PKK operative to carry out a suicide attack the same year, in retaliation for Turkey targeting Ocalan directly.

Other groups have targeted Turkish officials for assassination in the past, however. They were the preferred method of attack of the Armenian Secret Army for the Liberation of Armenia (ASALA), which targeted a number of Turkish diplomats across Europe in the 1970s and 1980s. The Revolutionary People’s Liberation Party/Front (DHKP-C), a militant left-wing organization, also carried out a series of targeted killings of mainly Turkish security and intelligence officers.

The PKK has been seeking new ways to counter the Turkish military, having been pushed to its limits by Turkey’s new defense strategy, which combines the power and stealth of armed drones with fortified military posts and an attack doctrine closely intertwined with active intelligence. To limit its casualties and boost its support for the Syrian Kurds in their fight against ISIS in Iraqi Kurdistan, the PKK reduced its forces inside Turkey. As relative stability is established in Syria and Iraqi Kurdistan, the PKK has started testing new tactics across eastern and southeastern Turkey. Assassinations and limited urban attacks could be an obvious choice for an organization that finds its rural guerrilla tactics both more costly and more constrained by Turkish air superiority.

Ratcheting up its campaign against the PKK, the Turkish military escalated its targeting of top PKK leaders and expanded its cross-border operations to include establishing permanent military structures in Iraqi Kurdistan. A week or two before the Erbil attack, the Turkish military, acting on a tip from Turkish intelligence, killed Iraqi Kurdistan-born Diyar Gharib Mohammed, a senior PKK leader, in an airstrike.

The PKK declared they did not take part in the Erbil attack, but one of the group’s top military commanders, Fehman Huseyin, whose nom-de-guerre is Dr. Bahoz Erdal, confirmed in an interview that the Turkish official, who he accused of being a senior intelligence officer, was killed because of his role in the death of Diyar Gharib.

The PKK regards its unity and continuity as even more important than achieving its political objectives, and it may have reacted more strongly to the attack because it sees the targeting of its senior leaders as a greater threat than losing territory or suffering a political setback. Erdal, who himself survived an assassination attempt in Syria, congratulated the attackers but said if they had carried out the killing, it would have been more professional.

The assassination of the Turkish official in Erbil didn’t get the level of coverage it deserved. Turkey’s initial refusal to accept he was the real target of the attack helped limit reporting. However, the attack was enough to set in motion underlying developments that could upset the uneasy balance between Turkey and the PKK and in the region more broadly. The attack directly pitted the Kurdistan Regional Government and the Kurdistan Democratic Party (KDP), which controls Erbil, against the PKK.

The KDP and PKK have been successful in keeping their rivalry largely non-violent. The increased conflict between the Turkish military and the PKK inside Iraqi Kurdistan, as well as incidents like the recent killing in Erbil, could disturb the status quo between the two sides. It could also create hostility between some powerful Iraqi Kurdish tribes and Kurdish political groups, which might seek to take advantage of the tension between the KDP and the PKK.

Since Turkey sees its conflict with the PKK and the U.S.-backed People's Protection Units in Syria as one and the same, if the Turkey-PKK fight gets out of control, it could have significant repercussions for the stalemate between the Syrian Kurds and Turkey.

Guney Yildiz is an MEI non-resident scholar, researcher, and journalist based in London. He focuses on Turkey, Syria, and the Kurds in the Middle East. The views expressed in this article are his own.