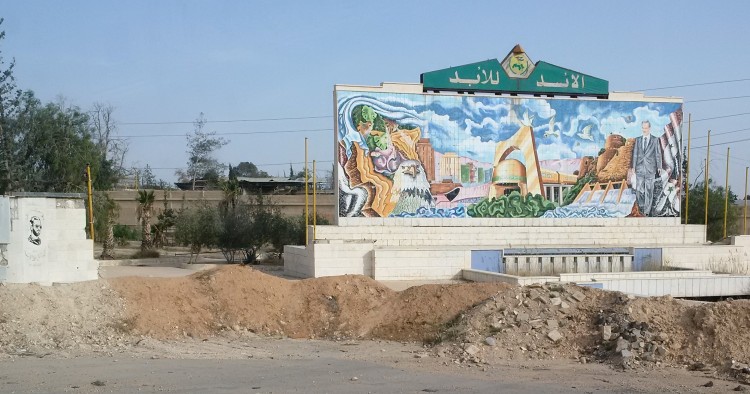 Charities are useful fronts for all sorts of activities in Syria, but above all perhaps, they are vehicles of control. The Assads have long understood that the biggest danger to their rule comes from within, from a civil society that rejects their governance — never more so than today. That is why the very term “civil society” has been outlawed since the 1960s, compared by the regime to Zionism and Masonry. Such initiatives in Syria are subject to strict legal supervision, requiring the approval of the security services. An NGO worker is assumed to be a spy. Control of hearts and minds must be done only by the state — hence the omnipresent posters of Bashar with rhyming slogans like Al-Assad lil-Abad, “Assad forever.” The brand must dominate to the point where any alternative becomes unthinkable.

The vehicle of Asma al-Assad’s ambition is Syria Trust for Development, a vast charity network she founded as first lady of Syria in 2001 when no NGOs were permitted to operate, giving it a charity monopoly. Throughout the war its tentacles have been spreading, so that it now controls 15 “community centers” across several governorates. Today her discreet power is on the rise, undaunted, maybe even enhanced, by her year battling breast cancer. Her full recovery was announced in August 2019 and she now appears more determined than ever to secure her legacy. If her son, Hafez, now 19, is to inherit the country ruled by his namesake grandfather for 30 years and by his father for 20 years, she must tighten the Assad grip and see off all challengers, of whom the latest is erstwhile family ally, her cousin by marriage Rami Makhlouf. With the demise of her powerful mother-in-law Anisa Makhlouf in February 2016, the way is clear for Asma to take on the mantel of “Mother of the Syrian regime.” Hence the unfolding Makhlouf Musalsal, or Ramadan soap opera, as Syrians have nicknamed the series of posts on Rami’s Facebook page. Such tantalizing glimpses inside the Assad/Makhlouf secret circle are exceptional in a regime which is in permanent lockdown, with a ruling elite that has been social distancing for decades.

Asma, who worked for top banks like Deutsche and JP Morgan, is a shrewd operator. An accomplished financier, she was about to embark on a Harvard MBA before she married Bashar in 2000, the year he became president. Her carefully crafted, Rose of the Desert persona took a big knock during the war, so now she keeps a lower profile, promoting herself as a “caring” first lady through pictures on Instagram displaying her charitable activities in support of “martyrs’ families.” Image creation is a skill she excels in, learnt well from expensive PR firms like Bell Pottinger whom she employed before the war.

The UNHCR and the UNDP have been partnering with Asma’s Syria Trust for years, handing over millions of dollars. On a trip to Syria in April 2018 organized by a British clergyman, I saw first-hand how some of this money has been spent in Aleppo. Our group was given tours of two new Syria Trust centers, surreal pockets of ultra-modern, high-tech installations amid the devastated wasteland, by immaculate young Assad loyalists fitted out in spanking new uniforms. They handed us brochures called Manarat (“Beacons”), describing how “critical thinking abilities” would be encouraged in children — yet the curriculum remains tightly controlled. The “Life Skills Development” program for over-13s talked of “effective citizenship” and “purposeful contribution.” We were shown a roomful of head-scarved women sitting in front of sewing machines, but no one had thought to provide them with anything to sew. A UNICEF Suggestion Box sat on the reception desk. The women were bussed out as soon as we left. Before the war Syria Trust employees — beautiful children of the elite — roamed the villages in shiny 4WDs dispensing computers. Today its centers dispense programs for “Intellectual Capacity Development” and “Psychological Support.” Molding the future population is vital, essential to the regime’s survival.

But Syria Trust has a dangerous rival in the form of maternal cousin Rami Makhlouf’s Al-Bustan Association. It too was awarded direct cash transfers by a UN body — UNICEF — during the war. A Latakia-based charity ostensibly to help support the families of (Alawi) martyrs, it even had its own military wing, closed down by the regime last year.

Social standing matters hugely in Syria. The Makhloufs were from an established clan with lineage, Alawi nobility if you like, and Anisa’s marriage to Hafez was a marriage beneath her, opposed by her father initially. Her higher-class connections and contacts helped him move upwards, facilitating his eventual rise to power. Anisa’s father, a man with powerful business interests in the hilly hinterland of Latakia, the Alawi heartlands, was closely connected to the Syrian Socialist National Party (SSNP), ideologically opposed to Ba’athism. A deal was evidently struck between the two families that the Makhloufs were to be given a free hand in the business dealings of the new Ba’athist regime.

It is a role that Rami Makhlouf, Anisa’s nephew, took on with relish, building himself into the richest man in Syria, worth an estimated $5 billion. His father, Muhammad Makhlouf, Anisa’s brother, grew super-rich as head of the General Organization of Tobacco and director of Real Estate Bank, one of six state-owned banks in Syria. Tobacco trade and smuggling is still a monopoly held by the Alawi elite, and Muhammad, now aged 84, resides today in Moscow.

With a highly profitable business empire that spans telecommunications (mobile phone network Syriatel), real estate, construction, and oil, the Makhloufs have been the financiers of Assad’s army throughout the war, with Rami sometimes described as the “real” finance minister. In the Facebook videos Rami directly addresses his childhood friend Bashar, projecting himself as “wronged, on the side of the loyalists, the hungry, and the poor.” In his latest post on May 28, Rami declared the transfer of his bank and insurance company shares into RAMAK Development and Humanitarian Projects LLC, not a charity despite its name, but a for-profit limited company 99 percent owned by him. He even quotes the Quran to explain how blissful he feels after giving his money away to the needy. Few are fooled, coming from a man whose corruption is legendary — “Makhlouf, you thief” was a common refrain of early protests in 2011, leading him to claim once before that he’d given everything away to charity. Rami himself is now under a travel ban, forbidden to leave the country, at least till he has paid the $250 million the regime wants from him in what they claim are back-taxes.

Rami’s newspaper, Al-Watan (“the Homeland”), Syria’s only paper not owned by the state, has criticized the new elite of Syrian Sunni businessmen like Samer Foz who have come to the fore during the war as the regime’s new bankrollers. It has also railed against the new electronic card system for food distribution recently introduced by the regime, when the company in charge of the card is owned by a relative of Asma al-Assad. Now Rami’s assets have been frozen.

Quite where President Vladimir Putin stands in the battle between Asma and Rami is an unanswered question. But the battle for control of Syria’s assets — as well as hearts and minds — is unquestionably heating up. Russia wants its dividends for supporting the regime through the war and has been signaling displeasure with the Assad regime and its corrupt management of the economy. The regime is rounding on Rami and calling in his debts. Everyone is scrambling for their chunk of the shrinking pie, as Syria’s economy gets ever-smaller, the Syrian lira terminally weakened by the economic crisis engulfing neighboring Lebanon.

But Asma is a force to be reckoned with. “I was here yesterday, I'm here today, and I will be here tomorrow” she once declared, when she needed to prove she was still in Syria and the world’s press speculated she had fled the country. Today there are no such doubts and, barring unforeseen twists and turns in the plot, it seems likely she will emerge in the final episode as the victor in the Makhlouf Musalsal. Rami may soon be packing his bags and joining his father in Moscow or his sons in Dubai.

Main photo courtesy of Diana Darke. Mural of President Hafez al-Assad celebrating his achievements with the slogan "Assad Forever" on top, taken in Ghouta, east Damascus after "liberation" by the Assad regime and its Russian allies on April 19, 2018.