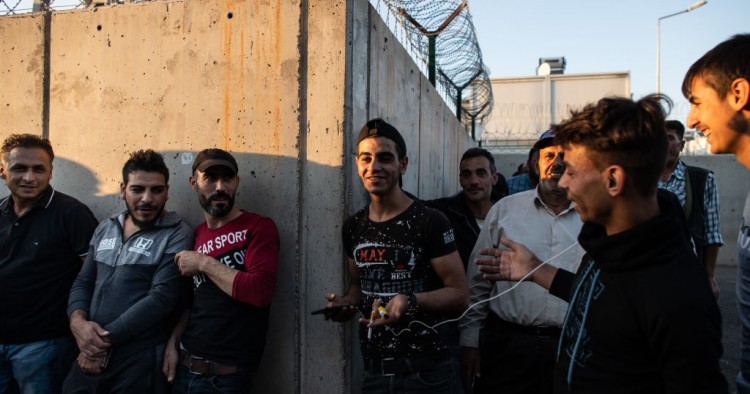 Turkish President Recep Tayyip Erdogan used his speech at the annual gathering of the UN General Assembly to advocate for a plan that would see the return of over one million Syrian refugees from Turkey to a strip along the Turkish border in northeastern Syria. While Turkey should not have to indefinitely host its 3.6 million Syrian refugees, the plan proposed by Erdogan would entail large-scale deportations of refugees, demographic re-engineering, and the destabilization of northeastern Syria, an area enjoying relative calm. A better path forward would be to facilitate the return of refugees from northeastern and eastern Syria to their homes by investing in reconstruction of the area and encouraging political reforms that would remove obstacles to their return.

Syrian refugees from northeastern and eastern Syria, an area under the control of the Syrian Democratic Forces (SDF), wish to return home. In dozens of interviews I have conducted with refugees from SDF areas living in Urfa, Gaziantep, Istanbul, Erbil, and Dohuk, they have made clear that they feel increasingly unwanted and are struggling to make ends meet. The growing pressure on Syrians in Turkey to return to their homeland and Turkey’s own increasing economic troubles are pushing refugees to return. However, the lack of reconstruction, services, and employment opportunities are discouraging them from doing so. Political factors are inhibiting their return as well: young men do not want to be drafted into the compulsory “self-defense” service, and those aligned with the Syrian uprising fear being harassed by the SDF’s internal security forces. The possibility of a U.S. withdrawal from the region, which would likely precipitate a deal between the SDF and the regime, is also deterring those opposed to the regime of Bashar al-Assad from returning.

Turkey generously hosts the largest number of Syrian refugees, with over 3.6 million registered refugees. Syrian children attend Turkish schools and due to a controversial deal with the EU to block migration to Europe, Syrians in Turkey now enjoy free medical care, cash aid, and other services. Since the deal came into force in 2016, the EU pays for much of these services, but Turkey shouldered the burden largely alone until then. Turkey’s ruling Justice and Development Party has faced a backlash from the population due to these generous policies. Ankara’s desire to see the eventual return of refugees to Syria is understandable.

The plan proposed by Erdogan attempts to transform an agreement reached between the U.S.-led international coalition and Turkey concerning a security mechanism along the Turkish border into a vehicle for achieving larger political and demographic goals. The current agreement saw the deployment of joint Turkish-American patrols and destruction of military positions belonging to the SDF along the Syrian-Turkish border. While the SDF counts among its ranks tens of thousands of Arab fighters, the organization’s leadership is entirely Kurdish and made up of cadres of the People’s Protection Units (YPG) militia, which is part of the larger Öcalanist armed movement that has fought an insurgency against Turkey since the 1980s. Repeated threats by Turkey to take unilateral military action against the YPG led the U.S. and the YPG to accept the security mechanism agreement as a way to avert this scenario.

Under the highly detailed plan proposed by Erdogan, refugees living in Turkey, who are overwhelmingly Arab, will be sent to live in a narrow strip along the Turkish border, which is mostly inhabited by Syrian Kurds. Demographic re-engineering and the compelled return of refugees are violations of international law. American officials have signaled in private and public that the plan Turkey is proposing will not be acceptable to them. The U.S. does not want to be complicit in such an endeavor.

In a way, the plan advanced by Ankara aims to achieve through an agreement with the U.S. what Turkey gained by the use of force in Afrin, a once-Kurdish majority enclave in northern Aleppo. In 2018, Turkish armed forces and Turkish-backed Syrian forces captured Afrin. The fierce clashes led to mass flight of the Kurdish population, which has since been prevented from returning. In their stead, Syrian Arabs displaced from areas long besieged by the Assad regime, such as eastern Ghouta, have settled in homes belonging to Kurds, altering the demographic makeup of the region. The SDF’s leadership is determined to prevent this from happening again and has vowed to resist it militarily. Such fighting would destabilize northeastern Syria, an area experiencing relative calm. It would occur alongside and in the largest population centers of northeastern and eastern Syria, leading to mass displacement. Such fighting might force the SDF to withdraw troops from Deir Ezzor, raising fears among the population that Assad regime forces and Iranian-backed militias across the Euphrates or ISIS would take advantage of the security vacuum to carry out attacks or invade the area. Such a conflict would also be highly costly to Turkey and would open a nearly 400-mile front with the well-armed SDF.

There is a solution that would satisfy Turkey’s need to reduce the burden of the refugee population it is hosting and would also be acceptable to the U.S. administration. This would entail significant investment in SDF-run areas, and particularly the reconstruction of population centers such as Raqqa, irrigation systems, hospitals, schools, and improvements of roads and supply of fuel for well-pumps. These steps would facilitate economic recovery in this largely agricultural region and prepare it to absorb returning refugees.

The current levels of stabilization funding for the region do not allow for anything beyond basic projects such as restoration of roads and public squares. President Donald Trump cut nearly all stabilization funding for Syria, but Saudi Arabia has stepped up to finance USAID’s response in northeastern Syria. As Riyadh’s regional rivalry with Tehran heats up, Syrians in the northeast could be the (only) beneficiaries of these tensions: if Saudi Arabia wishes to counter Iranian influence in the country, a good place to start is northeastern Syria. When contrasted with SDF-controlled-Syria, the utter destruction and wholescale looting of Iranian-dominated Deir Ezzor, and the limited willingness of locals to return to the area, exposes the predatory and abusive nature of Iranian-backed militias. Abdul Hamid, a resident of SDF-held Deir Ezzor and critic of SDF rule, told me, “People from areas under regime control come here to breathe a little. They say, we feel some degree of freedom here.” He added: “There is no comparison between SDF areas and areas under the control of the regime and [Iranian-backed] militias. … They do not have respect for human beings there.”

Destruction and lack of job opportunities, however, are not the only factors discouraging Syrians from returning to SDF-run areas. Interviews with Syrian refugees from northeastern and eastern Syria indicate that many young men are not returning to the region due to the draft imposed by the Self-Administration, the civilian body running the region. This draft is imposed on all regions except Deir Ezzor, compelling local men to serve for several months in “self-defense” forces. During the obligatory service, the men receive low pay (35,000 SYP, about $60) and are dependent on their families to make ends meet. The draft might have been necessary during the fight against ISIS, but now that the SDF campaign against the jihadists has turned into a counter-insurgency operation, it requires a significantly smaller number of forces, but better trained ones.

Repealing the draft laws would make it easier for refugees to return voluntarily. Mohammad, a Syrian Kurd from Amude‎ who works as a salesman in a Syrian sweets shop in downtown Dohuk, Iraqi Kurdistan, told me, “The moment they cancel the draft, I’m coming home. The economic situation here is awful and I have not seen my family in four years. Could you imagine living like this?”

Refugees also delay returning to SDF-run areas due to fear of persecution at the hands of the SDF’s internal security. Arabs and Kurds with links to the Syrian opposition, armed and unarmed, as well as Kurdish parties opposed to the ruling Democratic Union Party (PYD), have been called in for questioning by the internal security organs, forced into exile, and occasionally arrested. For refugees to return willingly, explained Amin, a Syrian refugee from Manbij living in Turkey, “The SDF needs to stop harassing people who do not share their politics and thinking.” Reforms of the Self-Administration, including a real devolution of authority away from the YPG cadres in the region and political empowerment of the population, would encourage politically engaged refugees to return.

A major concern preventing the return of Syrians opposed to the Assad regime is the prospect of withdrawal of international protection from northeastern Syria, which would likely precipitate war with Turkey or a Syrian regime takeover. The international investment in stabilizing northeastern Syria should be coupled with political signals indicating that the U.S. and its partners do not intend to retreat from the region until an overall political solution is reached in Syria.

This solution will not satisfy Turkey fully, since the returns will be voluntary and would encompass only locals from northeastern Syria going back to their communities, without upsetting the demographic balance of the region. However, the political reforms in SDF-held areas could reduce Turkish fears about the emergence of an autonomous YPG-governed entity on its border. For its part, the Kurdish leadership in Qamishli may be loath to relinquish power, but the investment in the region’s reconstruction and international guarantees for its long-term protection satisfy some of their main aspirations.

This outline may appear ambitious, but no additional U.S. forces or budget allocations would be needed. It would require from the U.S. greater political engagement with Ankara, Riyadh, and Qamishli. The leverage the U.S. holds over the SDF and its military superiority over Turkey allow it to credibly press both sides to avoid escalation and steer them toward a path that will satisfy some of the demands of both sides. The emergence of northeastern Syria as a viable and sustainable political alternative to Assad’s rule, as long as the regime refuses to reach a political solution to end the conflict, can also help weaken the Damascus regime and undermine its narrative that Assad has won the war.

Elizabeth Tsurkov is a Fellow at the Foreign Policy Research Institute focusing on the Levant. Follow her on Twitter @Elizrael. The views expressed in this article are her own.