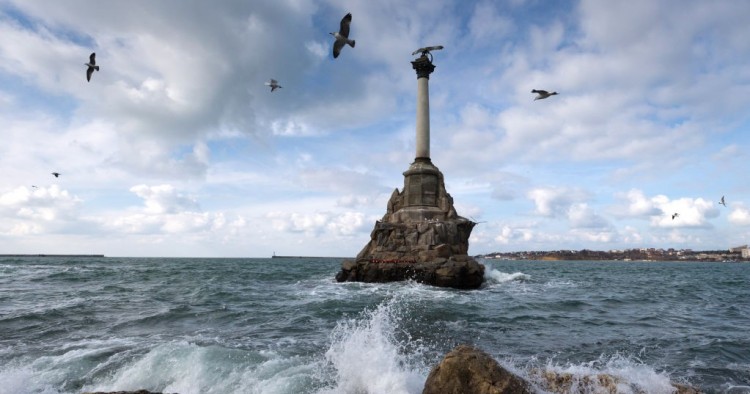 The sheer density of protracted conflicts in the Black Sea region makes it particularly exposed to the geopolitical ambitions of regional and global powers. The rapid militarization in Russia-controlled territories in recent years has only added fuel to the fire, dramatically increasing security concerns and underscoring the need for the West and its allies in the region to address the so-called frozen conflicts.

Russia benefits from the protracted conflicts in the Black Sea region in various ways, but its military interests are paramount.

The dissolution of the Soviet Union reduced the area in which Russian forces could operate, but soon afterwards Moscow began to regain ground by using regional conflicts as a pretext to maintain its military presence. In Georgia, it has effectively done so in the breakaway regions of Abkhazia and South Ossetia/Tskhinvali, while in Moldova it has exploited the frozen conflict in Transnistria. Russia’s approach became all too clear in Ukraine, where the annexation of Crimea and the ongoing military conflict in the east have enabled Moscow to advance its dominance in the Black Sea.

Although the level of Russian engagement varies, there are clear patterns in the Kremlin’s approach to how it uses these conflicts to strengthen its political and military position in the Black Sea and beyond. For example, Moscow usually begins by justifying an invasion of a sovereign state as an effort to “protect Russian people” or ensure its “peacekeeping” role. Next it supports separatist movements and, when the time is ripe, it calls for a referendum so that it can later “respect” the decision of a breakaway territory. In doing so, it effectively exploits instability to take control of strategic areas or regions in the targeted country.

This playbook was first used in Georgia in 2008, when, under the pretext of “protecting Russian citizens,” Russia invaded the country, launching a military offensive through, among other means, a direct naval assault on the port city of Poti using its Black Sea fleet. In addition, it also used its "peacekeeping" positions in Abkhazia to launch attacks against Georgia proper. Russia exploited the conflict in South Ossetia/Tskhinvali and the ensuing instability to cement its military position in Abkhazia, which was of greater strategic value given its location on the Black Sea and the presence of the Gudauta military base. By recognizing Abkhazia’s independence, Moscow then created a justification for its military presence in the breakaway region — an approach it would take again in Ukraine.

Civil unrest in Ukraine in early 2014, sparked by protests against the decision of the Yanukovych government to suspend the signing of an Association Agreement with the European Union, was used by President Vladimir Putin to “protect Russian people” in Donetsk and Luhansk, starting a conflict that to this day has claimed more than 10,000 lives. This intervention prepared the ground for the annexation of Crimea, which had been on the Russian agenda since the 1990s. The primary driver was Russia’s military interests: The naval base at Sevastopol on the Crimean Peninsula has long been home to Russia’s Black Sea Fleet. Here, as well as in Abkhazia and South Ossetia, the first step was to call for a referendum. Through this strategy, Russia invokes one principle of international law to conceal its abuse of another — it insists upon peoples’ right to self-determination, even while it infringes upon its neighbors’ right to territorial integrity.

Although Moldova does not border the strategically valuable Black Sea, Moscow exploits yet another frozen conflict to maintain its munitions in Transnistria, without host-country consent and in violation of international law. In this case, Russia does not officially recognize the self-declared government of Tiraspol. However, it unofficially supports the separatists to keep Moldova committed to “permanent neutrality” and the so-called “Kazak memorandum,” preventing NATO’s further expansion in the region — a constant concern of Putin in Georgia and Ukraine. Russia’s approach in Moldova is often seen as “armed suasion,” which is “the use of a military presence to demand political concessions.”

Since taking control of Crimea, Russia has intensified the militarization of the Black Sea by deploying advanced radar and artillery systems in the peninsula and increasing the number of troops and armaments in Abkhazia. An enhanced military presence allows Moscow not only to control movement in and around the Black Sea but also to support its maneuvers in Syria. Gradually, the Black Sea and the Middle East are getting tangled together in the tensions between regional and international actors, as Russia pursues expansionist policies in both regions.

Where does Turkey stand?

Turkey stands for peace and stability in the Black Sea, as it tries to avoid entanglement in conflicts between countries to its north and south.

Ankara supports the territorial integrity of Ukraine, Georgia, and Moldova. However, its approach toward the conflicts in the region is quite careful due to its fragile yet friendly relations with Moscow. Nonetheless, the Kremlin’s aggressive militarization of the Black Sea rings alarm bells in Turkey.

Be that as it may, the Turkish-Russian relationship is multi-faceted, and the two sides have converging interests elsewhere. In Syria, for instance, Turkey’s desire to rein in the influence of the Kurdish People’s Protection Units (YPG) aligned with Russia’s commitment to securing full military and administrative control over Syrian territory for its client Bashar al-Assad, although more recently the two countries have been at odds over the rapidly escalating conflict in Idlib. Economic and military drivers are also bringing Moscow and Ankara closer together. For example, in January 2020 Gazprom and the Turkish state-owned Botas Petroleum Pipeline Corporation officially launched the TurkStream pipeline, which will bypass Ukraine to provide Russian gas to Europe. The recent arms deal supplying Turkey with Russia’s S-400 missile defense system also shows Ankara’s commitment to maintaining positive relations with Moscow.

When it comes to the conflicts in the Black Sea region, Turkey and Russia have diverging interests, although these are tempered by the other aspects of their relationship, and Ankara has been careful to balance its competing allegiances in its dealings with Moscow. For example, Turkey condemned the annexation of Crimea, but did not join the sanctions imposed on Moscow. President Recep Tayyip Erdogan’s willingness to speak out reflects his concern for the Tatar community in Crimea, whose leaders maintain close ties with high-level politicians in Turkey. Crimean Tatars, who tend to take pro-Ukraine positions in the conflict, remain an important element in Turkey-Ukraine relations. Additionally, intensified discussions between Turkey and Ukraine on a free trade agreement, which support increasing bilateral trade and joint projects in the defense industry, allow Turkey to demonstrate its continuous support toward Kyiv without souring its relationship with Moscow.

With Georgia, Turkey has a strong trade and energy partnership that President Erdogan successfully navigates through the conflicting interests of Moscow and Tbilisi, while also maintaining political and trade ties with the breakaway region of Abkhazia. Turkey is the second-largest trading partner for the de facto state of Abkhazia, a relationship that benefits from the active support of the Abkhaz and Circassian diaspora inside Turkey. Ankara has kept its commercial and sea transport links with the de facto state, and has even allowed Abkhazia to operate a representative office in Istanbul, in and around which the majority of the Abkhaz diaspora lives.

The regional conflict with which Turkey has the least connection is that in Transnistria in Moldova. Nonetheless, Ankara has supported Chisinau’s demand to remove Russian troops from its territory. Motivated by the growing security threat in the Black Sea, Turkish and Moldovan leaders have committed to strengthening their political and military collaboration.

Building peace amid the militarization of the Black Sea

Russia’s growing dominance in the Black Sea raises concerns in the U.S. and EU, but it poses an immediate threat to Ankara.

Turkey has found itself encircled by Moscow’s military presence in the region. The number of Russian troops deployed in Georgia’s breakaway regions and Armenia has notably increased over the last decade. But Russia’s expansion in Crimea and Syria has pressured Ankara into revising its Black Sea security strategy. At first, it excluded NATO from regional initiatives, such as the Turkey-led Black Sea naval force launched in 2011, but it later changed its approach and backed NATO enlargement into Romania, and, more recently, Georgia. Russia’s strategy of exploiting conflicts in the region to advance its military presence requires that counterbalancing powers adopt an equally systemic approach that no country can achieve alone. Therefore, counterbalancing Moscow’s dominance by strengthening NATO’s position in the region has been actively discussed.

To avoid further militarization of the region, it is essential to enhance peacebuilding efforts that can address two major issues:

Because prolonging these conflicts only benefits Russia, and not the parties directly in conflict, there are multiple peacebuilding levers the U.S., EU, and Turkey can lean on. For example, regional and global powers can further activate the channels for Track 2 and Track 1.5 diplomacy, which are essential for maintaining both constructive dialogue and socio-economic ties between conflicting parties. In this regard, Turkey is yet to explore its potential, considering its strong ties with Crimean Tatars and the Abkhaz diaspora, as well as its business connections with both regions. Georgia’s Association Agreement with the EU allows it to foster partnership and build trust between Georgians and Abkhaz through trade and travel incentives with the EU. While it requires a highly conflict-sensitive approach, some lessons can also be drawn from the EU-Moldova-Transnistria trade deal, both in terms of achievements and challenges.

Russia’s political engagement and military dominance in the Black Sea conflicts limit the space for Turkey and Western allies to have a constructive influence on peace and security in the region. However, there is some unexplored potential for supporting peacebuilding processes in these conflict-torn societies. Moreover, promoting peace is a pragmatic response to Russia’s strategy of exploiting protracted conflicts, both in the Black Sea and beyond.