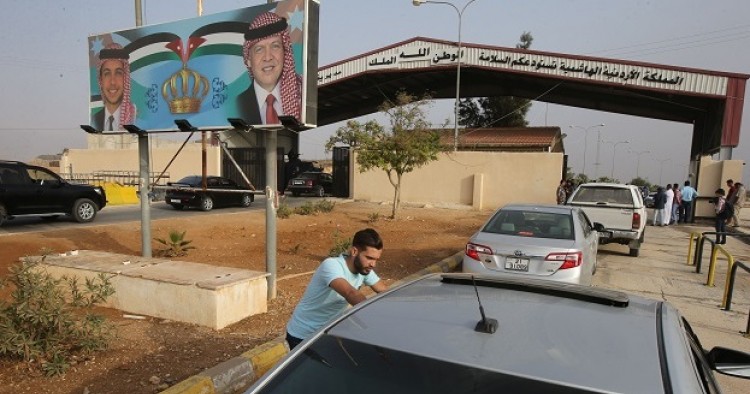 On Oct. 15, 2018, Jordan reopened the Naseeb-Jaber border crossing with Syria. The crossing had previously served as an important commercial link for businesses involved in regional trade, but Jordan shut down operations after it was seized by Syrian rebels in 2015. As a result, commercial activity in the adjoining free trade zone (FTZ) plummeted. Once a bustling trading hub, the FTZ became a pillaging site for the Salafi organization Jabhat al-Nusra and a short-term refuge for Syrians displaced by military offensives. The reopening of the Jordan-Syria border offers an opportunity to revive the FTZ and equip the area for the new political, economic, and humanitarian challenges in the region.

The Naseeb-Jaber border, known as Jordan’s “Northern Lung,” reopened following the Syrian government’s takeover of the area in July 2018. Prior to the outbreak of the Syrian civil war, the crossing facilitated trade flows between Syria, Turkey, and Lebanon to the north and between Jordan, Egypt, and the Gulf to the south. Nearly 17 percent of Jordan’s total exports, or around $270 million, passed through the Naseeb border before 2011. The FTZ, which was established in the mid-1970s to facilitate interstate commerce and investments, processed $1.5 billion worth of transit goods each year at its peak and employed approximately 4,000 Syrians and Jordanians.

Contentious politics underlie the commercial dynamics behind renewed FTZ activities on the Jordanian-Syrian border. In 2011, Jordan’s King Abdullah II became the first Arab leader to call on Syrian President Bashar al-Assad to step down in the face of the popular protests and allow for “a new phase of Syrian political life.” The Arab League, of which Jordan is a founding member, has boycotted the Syrian government since the beginning of the war. The resumption of border cooperation between Jordan and Syria presupposes a normalization of previously tense relations, and Jordan may face criticism for pursuing economic development initiatives that afford legitimacy to the Syrian government. Additionally, the reactivation of commercial trade routes challenges long-standing American and European policies of discouraging economic relations with Syria until Assad steps down.

Focusing on the FTZ as a cornerstone of border-related initiatives can highlight Jordan’s interest in private-sector development rather than political engagement with the Assad regime. This would require transferring responsibility for the management and operation of the zone to private-sector actors. Stronger business-to-business links on both sides of the border would increase the number of stakeholders invested in maintaining the area’s security and commercial viability. There are regional examples of FTZs that could serve as a model for incentivizing economic development amid tense political environments. Qualifying industrial zones, for example, have promoted commercial relations between Israeli, Egyptian, and Jordanian businesspeople despite periods of strained relations on the governmental level.

A reinvigorated FTZ in Naseeb can likewise help to reduce tariff and non-tariff barriers that hamper the flow of goods across the border. The Syrian government has drastically increased tariffs to exploit renewed trade; customs fees for large trucks increased from a standard rate of $10 to $62. It justified the massive hike as an investment in Syria’s national interests––specifically its damaged infrastructure. Soaring customs fees are neither in the interest of governments, as they are likely to encourage smuggling, nor conducive to commercial operations for Syrian, Jordanian, and Lebanese traders. Jordan only receives 0.15 percent of its annual revenue from customs and border fees, so the kingdom does not stand to lose significant revenues by ensuring minimal tariffs at the border.

A well-planned FTZ can also help ease economic pressures in Jordan’s northern border regions, which have been disproportionately affected by low growth and increased unemployment. The Mafraq Governorate, where the Naseeb-Jaber border crossing is located, hosts more than 288,000 Syrian refugees––constituting 88 percent of the local population. The cessation of cross-border trade and influx of refugees have strained the economy. In February 2018, Mafraq registered an unemployment rate of 21.7 percent, three percentile points higher than the average rate in Jordan. Based on previous employment numbers, the reopening of the zone is expected to create thousands of jobs for factory workers, transit company employees, and shop owners.

With effective policies and partnerships, the FTZ could better support humanitarian agencies by creating an efficient entry-point into Syria and a coordination center for post-conflict stabilization and reconstruction efforts. Two Oxford University professors suggested the notion that Jordan’s special economic zones could allow policymakers to provide high-quality assistance to Syrian refugees while simultaneously advancing Jordanian industrial development aims. Criticism of this proposal centered on the belief that governments and international organizations have failed to reconcile the complexities of the Jordanian labor market with the needs of Syrian refugees. To be sure, an FTZ is no panacea for humanitarian issues. Yet there is an opportunity to involve humanitarian agencies as stakeholders and adopt policies in line with global best practice. International Humanitarian City, a free zone located in Dubai, may be able to share expertise and help build new partnerships.

Jordan must be prudent with its available fiscal resources. The country recently received aid packages worth $6 billion from the U.S.––to be distributed over the next five years––as well as $2.5 billion from Gulf countries to rebuild its infrastructure and finance new development initiatives that are needed to stabilize its strained economy. The reopening of the Naseeb-Jaber border crossing offers an opportunity to invest in a targeted initiative that can help address the pressing political, economic, and humanitarian challenges confronting Jordan.