Breaking the Mold: Can the MENA Region Be a Leader in Inclusive Capital? 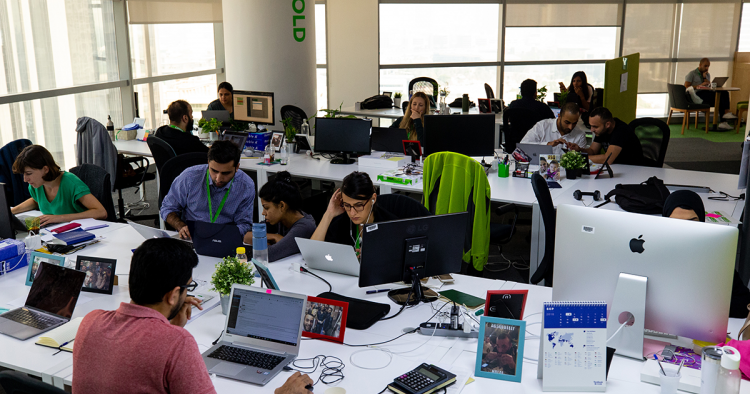 In 2009, Yahoo acquired Maktoob, an Arabic-language online services company, for $175 million. For the entrepreneurship and innovation ecosystem in the Middle East and North Africa (MENA) region at the time, this was a big deal. It ultimately became the deal that ended up seeding Souq, an Arabic-language e-commerce platform, which Amazon acquired for $650 million in 2017. Souq's success has provided countless entrepreneurs a selling platform and inspired a spectrum of e-commerce competitors in the MENA region, such as Noon.com and Mumzworld. We share this story because Maktoob’s exit, which took place more than a decade ago, sparked a “Cambrian moment” of entrepreneurship and innovation that has continued to create value for people across the region today.

Another prime example of this is Careem, the MENA region's leading ride-hailing platform headquartered in Dubai. Since its founding in 2012, its former employees have founded over 84 companies, almost half of which were created after Careem’s $3.1 billion exit in 2019. Most of these companies operate in MENA, though a growing contingent also works in Pakistan, Germany, and the U.S. As with Maktoob, the overnight infusion of capital is already accelerating the region’s entrepreneurship and innovation ecosystem. In fact, one of Careem’s former employees founded the region’s latest unicorn: Swvl, a ride-hailing company currently valued at $1.5 billion.

Moving on to Egypt, a consortium of investors acquired Fawry, an Egypt-based e-payment and financial services platform, for $100 million in 2015. The company is now the country’s first fintech company to be valued at $1 billion. In 2020, Mohamed Okasha, Fawry’s co-founder and former managing director, stepped down from his role and used the exit to found Disruptech, a $20 million fintech-focused fund in Egypt. The fund invested in three companies within its first month of establishment and is currently completing its seventh investment.

Some refer to these networks of ex-employees turned founders and investors as a “mafia” because they resemble an archetype: the “PayPal Mafia.” eBay acquired PayPal in 2002, and the exit made a handful of people very wealthy. The group of ex-PayPal employees has become infamous for giving rise to billionaires like Peter Thiel, Elon Musk, and Max Levchin. The PayPal Mafia has become a core part of the Silicon Valley ecosystem. Its founders started new industries, created startup culture, and continue to fund some of the most profitable businesses in tech.

Halfway across the world, ex-unicorn employees are also defining the startup ecosystem in MENA. The question for us in the region is: how can we make sure we move beyond a “mafia,” which lends itself to exclusivity, to something that is truly inclusive?

When eBay acquired PayPal in 2002 for $1.5 billion, hundreds of the company’s employees became overnight millionaires. Ex-PayPal employees went on to found YouTube, Yelp, and LinkedIn as well as some of Silicon Valley's most successful venture capital (VC) funds, including The Founders Fund, Clarium Capital, and Sequoia Capital.

Similarly, Yahoo’s acquisition of Maktoob in 2009 seeded the initial $5-6 million investment in Souq. As this new company grew into the preeminent e-commerce platform in the region, the merchants on Souq increased their sales from a few dozen products a week to turnover topping millions of dollars a year. Souq’s down-market impact will only continue to grow after its $650 million acquisition by Amazon, which aims to expand the retailer’s reach to merchants and customers across the region.

Careem’s $3.1 billion exit also created immense wealth for the company’s founders and employees. At the time of acquisition, all of the platform’s 4,000 employees held shares in the company. Overnight, Uber’s buyout made 200 employees UAE dirham millionaires and 75 USD millionaires. The sudden infusion of capital seeded the founding of 84 startups and a VC fund.

The virtuous cycle continues with Careem’s ex-employees. For example, Mostafa Kandil, Careem’s ex-market launcher, went on to found Swvl, which recently closed a $1.5 billion merger with special purpose acquisition company Queen’s Gambit Growth Capital and is poised to start listing on the U.S. NASDAQ in Q4 2021.

Maktoob, Souq, and Careem’s exits have built a base infrastructure for the MENA entrepreneurship ecosystem to grow for decades to come. Newer unicorns like Swvl have been able to find funding and scale faster because of the networks built by these earlier deals — a value cycle that only continues to grow.

Although PayPal employees went their separate ways professionally in the years following the acquisition, this group of colleagues continued to be one another's thought partners, guinea pigs, first investors, and peer mentors. The PayPal Mafia continued to exchange ideas and work together. Their partnerships are now at the core of many of Silicon Valley’s great success stories. For example, David Sacks, ex-COO of PayPal, made it a habit of investing in his former colleagues. He was one of the earliest investors in Elon Musk’s SpaceX and The Boring Company, and held shares in Max Levchin’s Affirm and Peter Thiel’s Palantir. This group of innovators shared the ideas and capital that made them some of the most successful entrepreneurs in Silicon Valley. This group, however, has remained exclusive at a time when inclusivity is needed most.

Ex-Careem employees also continue to be one another’s best asset. They are one another’s best resource for workshopping ideas, recruiting talent, and raising capital. Mohamed Aboulnaga, ex-regional director of Careem Egypt, took 10 ex-Careem team members with him when founding Halan, a ride-hailing app. Moreover, many of Careem's initial investors are intent on continuing to back Careem alumni.

Ecosystems mature as successful entrepreneurs continue to share ideas and innovate. The companies mentioned above have all built communities of support that have seeded ecosystems where they reside. In a COVID-19 world, the question remains — can we build ecosystems that are more resilient and that make systems that work for everyone and not just the few who had the privilege of being a part of a unicorn?

Marks of success and cautionary tales

The PayPal Mafia, although successful, serves as a cautionary tale for the MENA region as we begin to see similar trends emerge. The group has been criticized as an exclusive boy's club.

Though still in its early days, the communities emerging from companies like Souq and Careem are more inclusive than PayPal’s. Women hold influential positions in the region’s unicorns, and contemporary unicorns are much more concerned with the societal impact that their companies are having. Tackling issues of social and economic inequality is unavoidable for a company operating in the Arab region. Employees who have graduated from some of these leading companies in the region are founding businesses in affordable education, accessible health care, social commerce, and financial inclusion. These new innovations have the potential to contribute to more inclusive prosperity in the region.

The Middle East can become a leader in building out more inclusive entrepreneurship and innovation ecosystems through the following:

MENA has an opportunity. The region can seize the Cambrian moment that it is in to create an inclusive environment that accelerates value creation for all or begin locking up the doors and keeping its wealth in the hands of a few.

Regie Mauricio is the research manager at the Legatum Center for Development and Entrepreneurship at MIT.

Dina H. Sherif is the Executive Director of the Legatum Center for Development and Entrepreneurship at MIT and a Senior Lecturer at MIT’s Sloan School of Management.