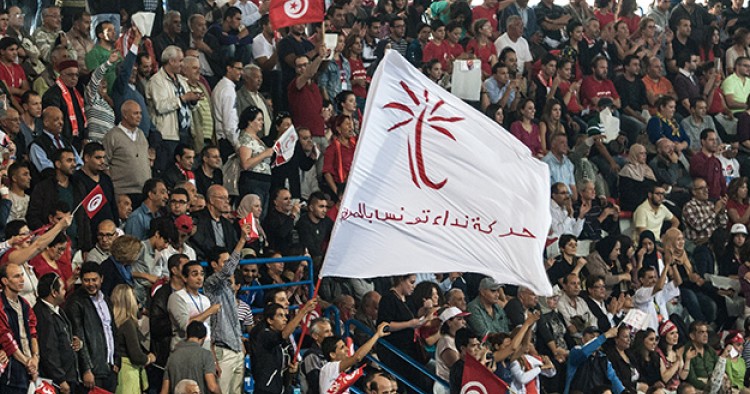 Tunisia will hold its first presidential elections on Sunday, November 23. Main candidates include former Interim Prime Minister Beji Caid Essebsi of the Nidaa Tounes Party, Moncef Marzouki of the Congress for the Republic (CPR), and Mustapha Kamel Nabli, a former governor of the Central Bank of Tunisia. The Islamist Ennahda party did not present a candidate, wrongly assuming that it would regardless become the strongest voice in politics. Instead, however, Tunisia's main secular party, Nidaa Tounes, won 86 seats in the October 26 parliamentary elections, making it the biggest voice in the 217-seat legislature followed by Ennahda at 69 seats.

This signals a major shift in Tunisian politics, which have hitherto been marked by a dominant Ennahda and weak secularists. The parties that come next in line are the modernist Free Patriotic Union (UPL) with 16 seats, the leftist Popular Front with 15, and the liberal Afek Tounes with eight. What all of them have in common is that they did comparatively poorly during the 2011 Constituent Assembly election. This shows that many Tunisians are longing for a “new start” as they reproach the troika—the former coalition government of Ennahda, the CPR, and Ettakatol—for the country’s continuing economic malaise and emerging security challenges. The CPR earned only four seats in last month's election, while Ettakatol was left empty-handed.

Secular parties were weakened under the troika by their internal fragmentation and inability to form strong coalitions. In response Essebsi created Nidaa Tounes in mid-2012 with the promise to unite secularists and counterbalance the Islamists. He is now trying to join with smaller secular parties to form a coalition. An alternative would be for Nidaa Tounes to create a national unity government, but this is currently more unlikely given that most secular parties have campaigned on anti-Islamism and fear alienating their base by teaming up with Ennahda. Creating a strong and lasting all-secular coalition will, however, also be challenging, given that many secular parties have little more in common than their opposition to Ennahda.

A History of Disunity

The secular parties that did comparatively well in the 2011 elections were the CPR and Ettakatol, parties that caught the revolutionary mood at the time by focusing on human rights and anti-establishment policies. But even these two parties were quickly weakened from inside when they decided to form a coalition with Ennahda, a step many of their members opposed. A particular problem was that party leaders and close associates made this and other decisions unilaterally, without consulting the rest of their respective parties. “During negotiations within the troika, the Islamists were the only ones who had to discuss decisions with the Majlis Shura [Ennahda's main consultative body],” remembers a former minister of Ettakatol. “The leaders of the CPR and Ettakatol took almost all decisions themselves.”[1]

As a result, many secular party members became quickly alienated due to the decisions of their leaders, which they sometimes neither understood nor approved of. This led to a high number of internal resignations. The three biggest secular parties, the CPR, Ettakatol, and the opposition's Progressive Democratic Party (PDP), have lost about half of their deputies over the last three years. The only time secular voices managed to unite was when Nidaa Tounes and the Popular Front led the National Salvation Front in July 2013 to force the troika government to resign. Once this was achieved, however, the coalition quickly broke apart, mainly owing to ideological differences between secular parties and leadership frictions amongst parties that are ideologically similar. Overcoming these splinters would be the main challenge of a Nidaa Tounes-led secular coalition.

The Challenges of an All-Secular Coalition

Nidaa Tounes consists of former members of Zine el-Abidine Ben Ali's Constitutional Democratic Rally (RCD) Party, members of the Destourian (constitutional) Movement, trade unionists, leftists, and independents—which often have conflicting agendas. Indeed, frictions within Nidaa Tounes heightened among its various ideological currents prior to the elections, leading some of its senior members to resign. Such tensions have weakened Nidaa Tounes and have led some analysts to conclude that an electoral success might be a short-term necessity for the party to survive, that is, that without its victory in last month's elections, Nidaa Tounes might have fallen apart.[2]

In addition to these internal divisions, Nidaa Tounes is now trying to work together with other secular parties—arguably an even more challenging task. Slim Riahi, the head of the second strongest secular party, the UPL, is in direct competition with Essebsi for presidential elections this Sunday. Tensions between both parties heightened recently when Nessma TV, a channel suspected of being close to Nidaa Tounes, aired a program accusing Riahi of violating his electoral promises.[3] Riahi's party platform, centered rather ambiguously on the idea of a “modern, non-ideological project,” shares a similar discourse with that of Nidaa Tounes, but the frictions between the parties have led the UPL to meet with leaders from Ennahda several times since the elections. It would be difficult to form a wide all-secular coalition without the UPL, but convincing Riahi to come on board would require substantial concessions on the part of Nidaa Tounes, which the party might not be willing to make.

Toward a Left-Right Secular Coalition

The leftist Popular Front is considering joining Nidaa Tounes in a coalition. This is despite many members of the Front being skeptical of Nidaa Tounes' RCD wing, having faced fierce persecution under the Ben Ali regime. But these members’ mistrust toward Ennahda is much deeper than toward any other secular current. Being part of the government might be challenging for the Popular Front, however, given that it has relied more than any other party on criticizing policies rather than proposing solutions to the status quo. Formulating legislation will be particularly difficult because the far-left program of the Popular Front is in direct conflict with other party platforms, notably that of the liberal Afek Tounes Party, which has also expressed its openness to join a Nidaa Tounes-led coalition. In socioeconomic terms, some secular parties are closer to Ennahda than to each other, which could make it difficult to propose and pass legislation.

To expand its coalition, Nidaa Tounes recently brought a number of independent candidates and parties with less than four representatives in parliament on board. But this move would make an all-secular coalition even more diverse and prone to fracturing. This is not to mention another key risk such a constellation would entail, namely increased polarization between the Islamists and secularists, which has already led to several major political crises over the past two years. These challenges would be aggravated if Nidaa Tounes' unifying figurehead, Beji Caid Essebsi, was elected president. The position would require him to leave all party responsibilities, increasing disunity amongst secularists while fostering fear amongst Islamists of an all-dominant secular party. Ennahda has signalled that it would be open to joining Nidaa Tounes and other secular parties in a government of national union. But for most secular parties this is currently a last resort, to be considered if all other options fail. Nidaa Tounes still has to prove that it is capable of leading.

[1] Author interview with  a former minister of Ettakatol, Tunis, September 2014.