Can women bring about a new revolution in Iran? 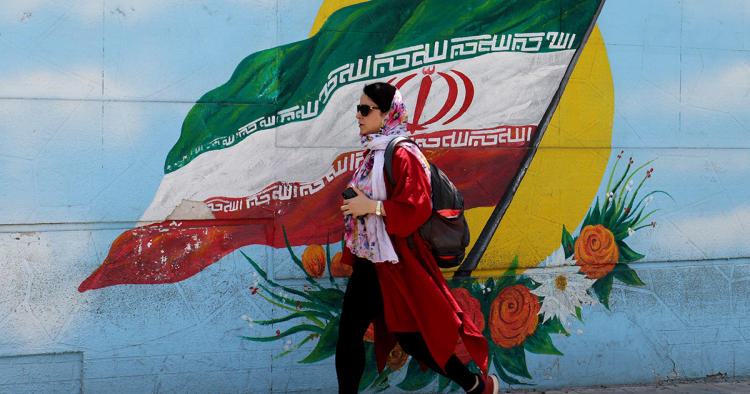 Iranian women both within the country and in the diaspora are working together to usher in real social and political change in Iran. While Supreme Leader Ayatollah Ali Khamenei and his supporters defend the state’s official ideology of political Islam, women-led grassroots organizations are leading an opposing effort to promote democracy and human rights through a collaborative, non-ideological approach. Through their acceptance of diversity, greater domestic and international cooperation, and focus on achieving specific, practical goals, these women’s and human rights groups are leading the charge for change with the aim of bringing about a new revolution in Iran.

More than four decades on from the Islamic Revolution of 1979, the government in Tehran continues to push for the further Islamization of society and women are one of the main targets of this effort. In reality though, the Islamic Republic has lost its ideological and political legitimacy and with it the trust of the majority of people. Even reformists and other political groups that collaborated with the state in the past have begun to criticize the system, as problems like inflation, corruption, poverty, mismanagement of natural resources, environmental damage, and heavy-handed state crackdowns on dissent have caused millions of ordinary Iranians to look for an alternative — one that could bring about peace, prosperity, and stability.

The opportunities and challenges facing NGOs

The work of one NGO called the House of the Sun ( خانه خورشید ) highlights both the opportunities and the challenges facing grassroots women’s organizations in Iran. Established in 2006 to help women in Tehran dealing with addiction, the House of the Sun provided hot food, clothing, and medication, along with training classes, counseling, and psychology sessions, helping thousands of affected women. Grassroots women’s organizations in Iran are increasingly focusing their efforts on specific practical objectives like these, carrying out activities that not only build solidarity among women, but also support and strengthen those who suffer the most.

In recent years, however, these groups have also come under growing pressure from Iranian security agencies. On Feb. 28, 2022 the House of the Sun was forced to close, and Sharmin Meymandinejad, its director, was detained and accused of “an act against national security.” Fahimeh Tabatabai, a journalist in Tehran, criticized the "destruction" of NGOs like the House of the Sun, noting that the group had 2,500 women under its care. As the Iranian security apparatus tightens its grip on society, any civil organization that is not under the control of the Islamic Republic is accused of acting against national security.

Speaking in an interview, Dr. Rezvan Moghaddam, a women’s rights activist in the diaspora and the founder of the organization Stop Honor Killing, said that the culture of collaboration and acceptance of diversity has existed inside Iran and among women’s grassroots organizations for about two decades now. For example, in 2003, in spite of the limited freedom for political activities 56 different women’s grassroots organizations created a coalition, known as Ham Andishi (“Synergy”), seeing the need for greater collaboration. Dr. Moghadam said, “We lived inside an authoritative regime and we need to figure out how to make life better for women.” When she was arrested in Iran in 2005, several other Iranian women activists — women from totally different organizations — protested in front of the courthouse and demanded officials release her from prison or arrest all of them standing in solidarity with her. While over the last two decades, the Islamic Republic has arrested and imprisoned members of many of these groups, Iranian women continue to resist and fight for their rights. Efforts to enhance cooperation among them continue today: For example, Dr. Moghaddam started her campaign to stop honor killings in Iran as a unique experiment in global collaboration among Iranian human rights activists from all over the world and different organizations to bring about change in Iran.

Bringing together activists in the diaspora

Collaboration among women’s and human rights activists in the diaspora is growing too; one such effort, a group of 26 women’s organizations known as the Collective Action of Independent Iranian Women ( اقدام مشترک تشکل های مستقل زنان ), was started by Dr. Elahe Amani in June 2020. The member organizations of this group, based in the U.S., Canada, Germany, U.K., Australia, and Italy, emphasize that each organization will keep its own identity, but they “walk together” with the goal of stopping violence against women in Iran. In their joint statement, published in November 2021, they said, “The Islamic Republic and the power owners in Iran have shown during the aggressor of four decades that it has not had a political desire to end various forms of sexual violence in the public and private space, but it has been one of the causes of violence against women and culture of violence. “ According to Dr. Amani, they aim to take small but significant steps forward to create more trust, friendship, and understanding among Iranian women’s organizations in the diaspora.

In the first two decades after the Islamic Revolution, women’s and human rights organizations and defenders of democracy in Iran faced difficulties collaborating. The general tendency among opposition groups was more ideological and theoretical, and they competed with each other. From socialists to liberals and monarchists to republicans, these groups all articulated their own strategies to bring about democracy and freedom in Iran. Over the past two decades, however, things have changed and Iranian opposition groups, both inside the country and in the diaspora, have begun to adopt the democratic culture of acceptance of diversity, teamwork, and collaboration. These groups are now working together to bring about a serious alternative to the Islamic Republic, and women are playing a central role in the effort.