The Christie’s Affair: The Looting and Sale of Indigenous Egyptian Artifacts 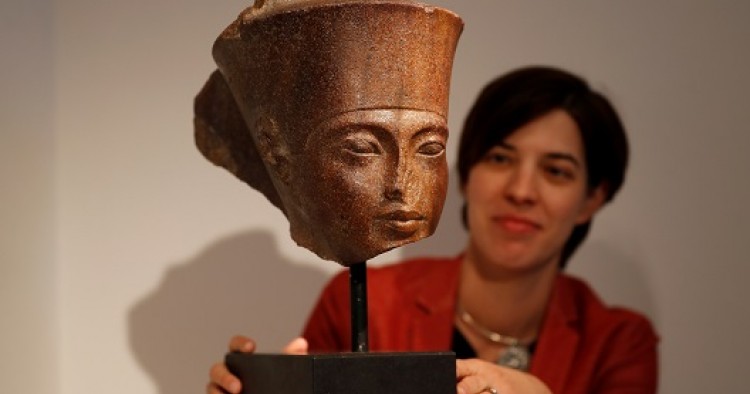 The article was first published by the Atlantic Council.

This week, Egypt has commemorated the 67th anniversary of the expulsion of King Farouk, the last conduit for British control and exploitation of Egypt, and the establishment of the Egyptian republic. The generations who witnessed and participated in the struggle against imperial Britain are no longer alive. Yet widespread aversion to that earlier period still runs deep among Egyptian citizens and officials.

So, it came as no surprise that when Christie’s—the London-based French-owned auction house of fine art and antiques—sold a sculpture more than 3,000-years-old of Pharaoh Tutankhamun earlier this month, it provoked anti-colonial sentiments and revealed Britain’s continued imperial and entitled worldview.

The British Government responded to the Egyptian government’s condemnation of the sale-to-be by stating that the auction would proceed “in accordance with the law,” and claiming that it is entirely a Christie’s affair. To defend the sale, Christie’s pointed to “a long-standing and legitimate market for works of art of the ancient world.” This defense suits an industry whose raison d’être is to maximize its revenue, but skirts the ethical issues of the sale of national artifacts without the consent of the indigenous communities and government to whom the articles of cultural heritage belong. Deferring to an auction house on this matter was myopic on the British government’s part.