Cold Lessons from the Balmy Euphoria of the “Arab Spring” 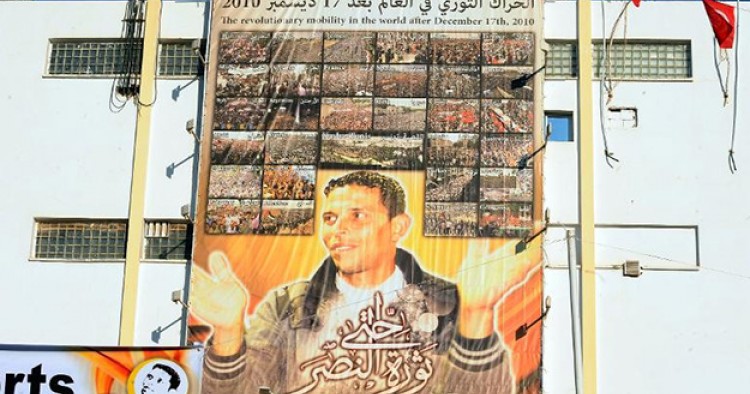 A desperate Tunisian fruit and vegetable vendor immolated himself on December 17, 2010, setting off a chain of demands for dignity and a better life. The past four years in the Arab world have seen vast turmoil, and the end is not yet clear. The Arab countries of the Middle East and North Africa are passing through their most abrupt and historic experience since decolonization and independence following World War II.

It is natural that Americans want to see people succeed in freeing themselves from authoritarian rule. But demands for rapid change that start with sweeping idealism often end badly, as they did for early twentieth-century Russia. Or, as was true for late eighteenth-century France, a positive outcome may not emerge before decades of bloodshed and destruction.

After a long period of stagnation in the development of political institutions, Arab countries were in for a rough ride. Now that we are into the fifth year of dramatic change, the American public and American policymakers can begin to draw some educated lessons about what it all means. The following are not meant to exclude others.

First: One swallow does not make a spring. Premature judgments about the durability of liberal Arab rebellions fulfilled wishes on the part of the Arab and Arab-American intelligentsias, the Western media, and far too many Middle East academic experts. Next time, hold the applause until the dust settles.

Second: Democracy is hard. After the end of British rule over the 13 colonies in 1779, it took seven years to get a system that could elect national leaders. Our founders did so partly by brushing many disputes under the rug of compromise. Seventy years later we had to fight a terrible civil war to resolve some of those issues of democracy, and we are still striving today for a more perfect union. No one should have expected quick success for similar ventures in Arab countries with meager historical experience in self rule. Compromises, often messy ones, have to be a part of the process of reaching a more democratic and pluralistic equilibrium.

Third: Sudden overthrow of autocratic regimes was likely to lead to periods of disorder and even chaos. To quote William Butler Yeats, writing after World War I:

Things fall apart; the center cannot hold;
Mere anarchy is loosed upon the world.
The blood dimmed tide is loosed, and everywhere
The ceremony of innocence is drowned;
The best lack all conviction, while the worst
Are full of passionate intensity.

Before the West is too sure about the formula an Arab government should follow, let it remember the history of the supposedly advanced nations of twentieth-century Europe. Gradual and evolutionary change may not capture media eyeballs and satisfy our romantic aspirations, but it has clear advantages.

Fourth: Each Arab country has experienced these events differently based on a combination of its existing institutions, the factors that drove people to demand change, and the response of the regime. Moreover, rapid political change combined with deep sectarian or ethnic divisions or with a collapsing economy is not conducive to the success of electoral democracy. Iraq, Syria, Egypt, Yemen, and Bahrain are examples in the region.

Fifth: Legitimacy is hard to earn and can be fragile. Ibrahim al-Samarrai did not become legitimate in the eyes of Muslims by changing his name to Abu Bakr al-Baghdadi and declaring himself caliph of an Islamic state. Now that his realm is no longer expanding, can he deliver a better life to the Sunni Arabs of upper Mesopotamia? It is going to be a hard, cold winter in Mosul and Raqqa, and living conditions are likely to keep declining. Nor does winning an election in a fledgling Arab democracy confer automatic legitimacy on a particular political party. The additional tests of legitimacy are to provide security and deliver essential services, to establish conditions for economic growth and the creation of meaningful jobs, and to foster human freedom.

Sixth: Institutions matter. Post-Qaddafi Libya had no national institutions of governance or civil society, and it pays the price today. Tunisia and Egypt both had rich institutions, even if they were often corrupt or in need of repair. Unfortunately for Egypt, the military institutions dominated all others to a degree that stifles political progress and economic reform.

Seventh: History and religion are critical. None of the countries in the Arab world have gone through anything like the eighteenth-century European Enlightenment. Europe is in many respects post-Christian. As Friedrich Nietzsche said, “God is dead. And we have killed him.” Religious beliefs and values are no longer much of a motivating force or of a constraint on human behavior. The results are mixed. Europe no longer has religious wars, even though governments and ambitious politicians may exploit religious excuses for their behavior. But European power politics and greed were responsible for efforts to dominate the world by force and colonialism, and just 100 years ago European secular rivalries led to two terrible world wars and the Holocaust. By contrast, religion is still a potent force in the Middle East and North Africa, and religious intolerance can overcome the great moral impulses of the three Abrahamic faiths. Hopefully, religious values can also be part of positive change over time.

Eighth: The United States has no magic answer for these problems. Our own historical experience and culture is radically different from those of Arab countries, and our national attribute of impatience makes Americans ill suited for the lengthy process of nation building. This was made clear at the start of the twenty-first century in Iraq, where a vast U.S. effort did little to put that key country on the path to stable political life. This does not mean that the United States has no contribution to make to political progress in the Arab world, but it is a powerful argument for modesty.