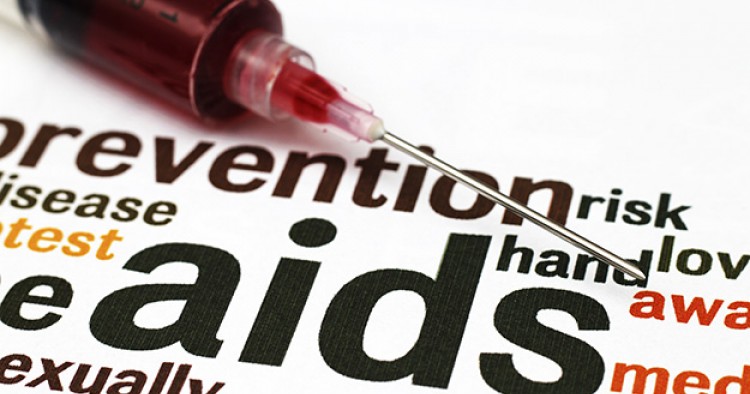 For more than three decades, harm reduction initiatives for people who inject drugs (PWID) have focused on preventing the spread of HIV. The objectives of harm reduction activities have gradually expanded to include reducing the number of PWID through education programs, stopping the spread of hepatitis C and other infections, and preventing overdoses. However, the single greatest rationale for introducing or scaling up harm reduction remains HIV prevention and (to a lesser extent) treatment, care, and support for PWID living with HIV.

I have been involved in harm reduction advocacy since 1987, first in Australia, then in the United States and other Western countries, then in a number of Asian countries, then in Eastern Europe and Central Asia, and more recently in the Middle East and Africa. In each country or region, the goal is the same: to ensure PWID can access the comprehensive package of services required to prevent HIV and provide HIV treatment, care, and support.

In 2009, the World Health Organization (WHO)—in collaboration with the UN Office on Drugs and Crime (UNODC) and the Joint United Nations Program on HIV/AIDS (UNAIDS)—published the “Technical Guide for Countries to Set Targets for Universal Access to HIV Prevention, Treatment, and Care for Injecting Drug Users.”[1] The guide united previously issued guidance from all three agencies, outlining an international standard for a comprehensive package of services for PWID based on the most recently available evidence.[2] In 2010, the U.S. president’s Emergency Plan for AIDS Relief (PEPFAR) issued an updated guidance titled “Comprehensive HIV Prevention for People Who Inject Drugs,”[3] which affirmed PEPFAR’s support for the technical guide’s approach. Both documents advise that the following ten interventions should be included in a comprehensive package, to which all people who inject drugs should have access:

Of all the elements in the comprehensive package, two interventions are much more controversial than the rest: needle-syringe programs (NSP) and opioid substitution treatment (OST). Starting in the 1980s in the Netherlands, the UK, Germany, and Australia, the idea of giving needles and syringes to drug injectors was regarded as an extraordinary and radical approach. Similarly, the substitution of methadone for heroin was regarded by many as “giving in” to addiction, when the only truly successful approach was to stop using drugs altogether. However, in both cases, one study after another found that these harm reduction interventions reduced or prevented HIV epidemics among PWID when implemented on a large enough scale. Studies also found that jurisdictions attempting to stop the spread of HIV among PWID without (or with insufficient) harm reduction programs suffered massive HIV epidemics among drug users.[5]

It takes time for policymakers to understand the need for harm reduction. Many factors play a role in preventing governments from adopting comprehensive approaches to HIV and injecting drug use. Some are understandable: It often seems counterintuitive to politicians and bureaucrats that the best way to help drug users survive an HIV epidemic is to provide them with syringes and heroin-like drugs (methadone and buprenorphine).

Other issues that delay uptake of harm reduction programs can be harder to counter. Some objections have been labeled “userphobia:” a fear of, and in some cases a hatred of, drug users. Drug users are almost always regarded as criminal, in many countries as immoral, and in some countries as a drain on society. There are also specific political, religious, and geopolitical reasons that may mean that one intervention can be implemented but not another. These can be referred to as “holes” where advocacy has led to only partial success, or else led to an early success that was later overturned.

In Asia, no country has scaled up HIV programs for PWID to include all of the interventions outlined in the technical guide. Those that have striven hardest to provide the elements of the comprehensive package, including NSP and OST, include Indonesia and, more recently, Malaysia and India. Introduction of all comprehensive package elements, but at a less-than-optimal scale, has occurred in Vietnam, Pakistan, the Philippines, Nepal, Myanmar, and Bangladesh. Little has been achieved to date in Laos, Cambodia, Sri Lanka, North Korea, or Bhutan.

In China and Thailand, widespread use is made of OST but not NSP. The main reason for this in China is a law requiring citizens to report illicit drug users to the police. This has made outreach and related NSP to active PWID impossible.[6] In Thailand, historical factors related to various political leaders’ connections with the “war on drugs” made NSP difficult to implement until recently.

In Central Asia, only Kyrgyzstan is moving toward a full implementation of the comprehensive package, though substantial work has been carried out on NSP in Kazakhstan and Tajikistan, and OST coverage is slowly expanding. No OST is available in Uzbekistan, and neither service is available in Turkmenistan. The main reason that OST is difficult to introduce and scale up in Central Asia is the influence that Russia still wields in Eastern Europe and Central Asia. While every other country with a major HIV epidemic has found OST to be extremely effective, Russia has even refused to carry out trials using methadone or buprenorphine, and has also discouraged its (smaller, economically weaker) neighbors from implementing OST.

The Middle East and North Africa largely escaped the initial wave of PWID epidemics, but recent data suggests a very large HIV epidemic in Libya, growing epidemics in Egypt and Afghanistan, and an unknown situation in many countries in the region. In terms of harm reduction programming, substantial progress has been made in Iran, Morocco, Oman, Lebanon, and Tunisia; on the other hand, little investment has been made in any of the Gulf states, Jordan, Syria, or Algeria.

In the three regions under discussion, harm reduction advocacy has usually begun in the same way. Supporters have used the evidence derived from other countries to suggest that harm reduction may be suitable in response to the local HIV epidemic among PWID. A key difference between the Middle East and the other two regions is the lack of U.S. government-funded research in most countries in MENA. In contrast, such research in many Asian countries showed the current state of HIV among PWID and was used as the basis for modeling epidemics that were shown to overwhelm the health system in a limited number of years. These models provided powerful arguments for the introduction and scaling up of harm reduction.

With such studies rare in MENA, UNAIDS and UNODC―from their regional offices in Cairo―have tried to fill the gap, most notably with rapid assessments in Algeria, Egypt, Iran, Libya, Morocco, and Oman.[7] These rapid assessments generated much of the political will to expand harm reduction in Morocco, Oman, and Egypt. In Iran, harm reduction was already a core part of the country’s strategy to address HIV as early as 2004.[8] In Algeria and Libya, the assessments unfortunately did not lead to harm reduction programming.

After the basic arguments, advocacy for harm reduction needs to examine the specific obstacles to implementing interventions such as NSP and OST. As a WHO publication on harm reduction advocacy pointed out, “Vigorous opposition to the introduction and maintenance of such effective programmes has occurred in many countries.”[9] This opposition has taken many forms:

Possible reasons for this opposition vary according to the culture of each country, but some common themes are:

In MENA countries, the primary obstacle to introducing harm reduction remains the first point on this list. For a variety of reasons―from the lack of translation of key publications into Arabic to the “brain drain” that pulls scientists from the region to the shortage of donors willing to provide health or HIV funding to countries seen as wealthy or lacking HIV epidemics―there is very little knowledge about drug treatment in the region. Without new funds or encouragement from UNAIDS to carry out assessments of drug use and HIV risk and/or infection, this lack of understanding of the nature of drug use is coupled with a lack of specific data about drug use in each country.

Ways Forward in the MENA Region

The implementation of harm reduction programs across the MENA region should involve two simultaneous approaches. First, as suggested above, rapid assessments, followed by biobehavioral studies, are the most common way to attain an accurate understanding of the current health situation and the needs of PWID. These should be carried out in all countries in the region where there is evidence of injection drug use.

Second, as international agencies work to end the global HIV epidemic, they need to heed UNAIDS’ call not to “leave anyone behind.” This means not just ensuring that the comprehensive package of services continues to be made available to all PWID in countries where such services are now present, but expanding these services to countries that have not yet begun to work with PWID. Given that Islam is the predominant religion in both Malaysia and Indonesia, two of the leading Asian harm reduction implementers, government officials from Gulf countries and other MENA nations should be encouraged to visit these two countries and to learn from their challenges and successes.

[2] In January 2012, the technical guide was revised with updated recommendations on programming, indicators, and target setting. See WHO/UNAIDS/UNODC, “Technical Guide for Countries to Set Targets for Universal Access to HIV Prevention, Treatment and Care for Injecting Drug Users 2012 Revision,”  http://www.who.int/hiv/pub/idu/targets_universal_access/en/.

[4] The WHO technical guide recognizes community-based outreach as a service delivery method, not as a stand-alone intervention.