From “compassionate Islamism” to “Turkey first” 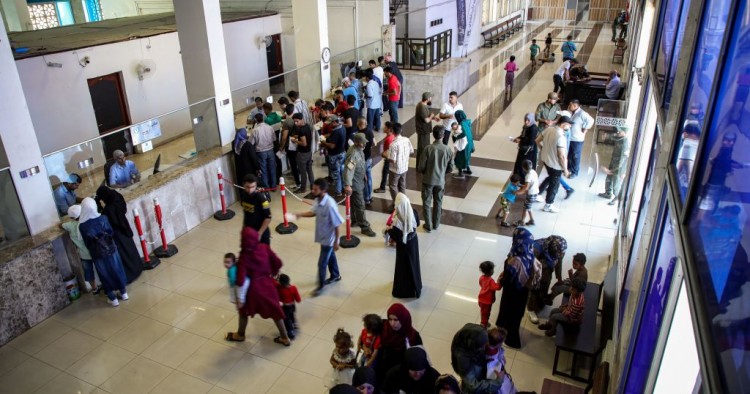 Debates about populism often lump Turkey’s President Recep Tayyip Erdogan together with Donald Trump in the US, Vladimir Putin in Russia, and Viktor Orban in Hungary. All four are kindred spirits who have used the same tactics to gain and hold onto power. They stir up fear, divide societies, fuel social conflict, criminalize the opposition, and create internal and external enemies. On the issue of refugees, however, Erdogan has been the epitome of liberalism, setting him apart from his fellow populists. While others in Europe and the U.S. tapped into the national backlash against immigration, Erdogan has sought to contain it. While his Western populist counterparts promoted building walls to keep the newcomers out, Erdogan opened his country’s borders to millions of refugees escaping the conflict in Syria. While Trump and others drew votes from opposition to immigration, Erdogan asked his increasingly restless fellow citizens to be “compassionate” to those who fled “tyranny” and sought shelter in their country. But Turkey’s growing economic woes and rising unemployment are now forcing his hand. His “compassionate Islamism” is slowly giving way to a “Turkey first” approach, putting him on the same wavelength as his fellow populists.

The ruling Justice and Development Party (AKP) pursued an open border policy after the conflict in Syria began, allowing a large number of refugees to cross into Turkey. It immediately extended generous assistance, providing protection and expansive services in the refugee camps, including primary and secondary schools, community centers, playgrounds, and supermarkets. The refugees were given refrigerators and stoves, in some cases TVs and air conditioners; they have been provided cash cards and monthly allowances. Most Syrian refugees living outside the camps continue to survive on Turkish government largesse. The government’s generous efforts to help the refugees have won it praise internationally, but it is creating a nationalist backlash at home. As the country’s economic problems grow, a majority of Turks, especially the nationalists, now see refugees as competitors for government assistance, an economic burden, a security threat, and a danger to Turkey’s ethnic makeup.

In an effort to contain negative public reaction to the Syrian refugees, Erdogan promoted a “compassionate Islamist” narrative that called for Sunni Muslim solidarity against “Alawite Shiite” oppression perpetrated by the Assad regime. He asked Turkish citizens to help their fellow Muslim brothers and sisters in need, and called the refugees escaping the “tyranny of the Syrian regime” muhacir, or religiously oppressed. The term was originally used to refer to the first Muslims who migrated with the Prophet Muhammad from Mecca to Medina to escape religious persecution. Erdogan also called the Turkish citizens who welcomed Syrian refugees ensar, or “helpers,” a word used to refer to the people of Medina who aided the Prophet Muhammad and his followers. Initially, Erdogan’s “compassionate Islamism” was well received within the country’s religious and nationalist circles.

But as Turkish economy tipped into recession, resentment toward the refugees grew stronger. Even Erdogan’s own base, which once supported the government’s open border policy, grew unhappy. Anti-refugee sentiment played a key role in the AKP’s loss of almost all major cities in the March local elections. Mounting electoral pressure forced Erdogan to drop his “compassionate Islamism” and embrace a “Turkey first” approach vis-à-vis the Syrian refugees. He now wants them to return to Syria, and the government is working on a plan to send hundreds of thousands of them to a safe zone it wants to establish in the northeast. The government is increasing its pressure on Syrians at home as well. Arrests and house searches of Syrian refugees have surged recently. Authorities have told unregistered migrants to return to the province where they are registered to reduce the number living in Istanbul. Law enforcement authorities are using a hotline to collect information on illegal refugees. There are reports that some Syrians are being deported to Idlib, inside Syria, where fighting is escalating.

None of these measures can address the country’s refugee problem. Turkey is home to around 3.5 million Syrian refugees, and Erdogan has to take steps to integrate them economically, politically, and socially to prevent further clashes. And that requires recognizing that they are in Turkey to stay. But politically this is simply too risky for Erdogan. In 2016, he announced that Syrian refugees living in Turkey could eventually be granted citizenship, sparking a major backlash on social media. A Turkish hashtag against Syrian migrants became one of the top trending topics worldwide on Twitter. The government was forced to clarify that only educated Syrians who can contribute to the Turkish economy would be granted Turkish citizenship.

A bold initiative to integrate the Syrians would take a lot of political capital to implement, and Erdogan has very little left at this point. Electorally, he is at his most vulnerable now. Any good right-wing populist would use the nationalism card to reverse his political fortunes. Rallying the base around a national “we” against a foreign “them” has been fodder for right-wing populists around the world. Erdogan has used this tactic masterfully since 2015, when he struck an alliance with the nationalists, which played a key role in ensuring his electoral fortunes. But today, the nationalists are at the forefront of the anti-refugee camp. Pursuing sensible long-term solutions to the refugee problem without breaking this alliance could prove to be Erdogan’s toughest task yet.