The Current State of Harm Reduction Policy in the Middle East 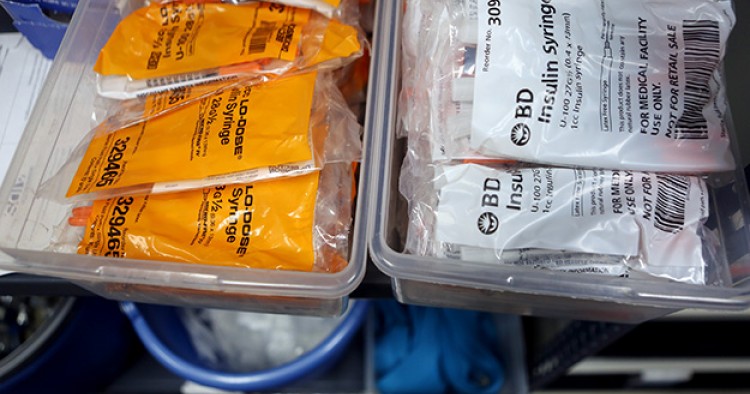 This essay is part of a series on harm reduction responses to drug use in the MENA and Asian regions—the actors and networks engaged in such activities, the contributions they have made, and the roadblocks they have met. Read more

The West: A Paradigm Shift

In the late 1980s, Western governments began to adopt drug policies based on the strategy of “harm reduction” (HR), which concentrates on alleviating the negative effects of drug use rather than on reducing its prevalence. This policy shift, largely motivated by the recognition that injection drug use contributes to the spread of HIV/AIDS, soon paid off. Within a decade the countries that had adopted HR as their primary policy had managed to control the injection-related spread of HIV and other blood-borne infections such as hepatitis. The spread of HIV among substance users came almost to a halt in Australia and the Netherlands, which had implemented the strategy vigorously. HR was a victory for not only health systems, which had successfully controlled a viral infection with no known “infectious disease model” solution (that is, a vaccine or effective antiviral treatment), but also for society in that HR forestalled the adoption of ineffective strategies such as segregation, which instead marginalizes drug users and abandons them to their high-risk behaviors.

Importantly, the adoption of harm reduction by Western countries yielded two additional though unintended breakthroughs. The first was the realization that in order to counter risky behaviors such as needle sharing, it is necessary to create a safe environment for substance users. The second was that facilities and services must be made available over the long term for those who continue to use substances, in order to reduce the risks of blood-borne infections in the future. Thus, Western health systems became responsible for providing services that allowed substance users to practice their habit—even to practice injection “safely”—and therefore to ensure, to the extent possible, a “normal” life with the concomitant use of drugs.

This change in policy was accompanied by a major attitudinal shift away from stigmatizing and marginalizing substance users. Historically, societies have tried to “scapegoat” certain sub-groups for the purpose of maintaining the social order. This tendency may reflect a general societal need to project feelings of guilt associated with common social problems onto smaller groups. Labeling a taboo behavior or condition a “disease” is one low-cost method that societies have used to protect the social structure, and stigmatizing substance use appears to be a similar strategy with a similar goal. Because substance use differs from illness in that the individual has (at least) some responsibility for practicing the behavior, the community can justify to itself the marginalization of users, who embody the “threat” to social norms. HR breaks this vicious circle; no longer stigmatized, substance users are entitled to assistance. They are not forced to endure the symptoms of withdrawal, are not deprived of the right of protection from acquiring a deadly infection such as HIV/AIDS, and are no longer made to face marginalization and the consequent social drift.

Drug policy in the Middle East has followed a markedly different path in recent decades. In many Middle Eastern societies, there is a long tradition of centralized social and political power. To varying degrees throughout the region, the relative lack of democratic infrastructure has reinforced—rather than broken— the vicious cycle of “scapegoating” substance users. Labeling substance users “criminals” is one of an array of buffering mechanisms whereby those who govern deploy and preserve power. The hierarchical structure of public health institutions in the Middle East has also inhibited the adoption of HR policies, which are more effectively implemented by institutions with flexible, horizontal structures.

According to the 2012 Report of Harm Reduction International, “[t]he Middle East and North Africa (MENA) is one of two regions in the world where HIV rates continue to increase. People who inject drugs (PWID), men who have sex with men (MSM) and female sex workers (FSWs) remain the most affected groups.” The report reveals other important findings:

The continued underdevelopment of HR programs in the Middle East despite the growing rate of HIV/AIDS infection suggests that health systems in the region do not consider HR a public health priority in response to the HIV/AIDS threat. In fact, many health systems actually oppose HR. The level of opposition, even in countries that have widely established and operational programs such as Iran, is so extensive that health systems seem to regard HR as “alien” to health policies.

“Zero tolerance” for substance use continues to serve as the predominant drug policy throughout the Middle East. The obstacles to changing this ineffective approach are formidable. The switch to an HR drug policy would either include or pave the way for the following:

These terms illustrate how HR policy implies a shift of power from government authorities to individuals in a way that appears incompatible with current social and political trends in the Middle East. By replacing the zero tolerance policy with harm reduction, governments would effectively be relinquishing a tool for maintaining social order. On the other hand, by continuing the zero tolerance policy, they can transfer responsibility for underlying social problems away from their own administrations to “criminal” substance users. Therefore, in the Middle East, preserving the social and political status quo and maintaining the zero tolerance policy for substance use go hand in hand.

Institutional barriers also prevent the adoption of HR in the Middle East. The typical public health system in the MENA region follows a classic top-down approach, which guarantees the authoritative position of the health sector vis-à-vis the community, or the recipients of services. In contrast, harm reduction strategies require a horizontal structure that brings health care workers down to an almost equal level with recipients. Furthermore, the vertical design of the typical health system in the region is “expert driven,” while the HR approach is predominantly “community driven.” These mismatches provoke a natural resistance to HR policies within the region’s health systems.

Based on its vertical nature, the typical health sector in the Middle East tends to steadily institutionalize its approach to each health problem encountered, employing a static office-based scheme to handle diseases and disorders. This takes place through micro-level defining of diseases, identification of causal relationships, and introduction of full-fledged treatments or partial solutions. This process involves a multi-level organizational infrastructure and proceeds according to strict guidelines. In contrast, HR is a dynamic community-driven policy that requires the sort of institutional flexibility more commonly found in NGOs. The horizontal, NGO-based and community-driven movement adapts itself to local needs and conditions, resulting in better outcomes. The vertical and bureaucratic structures of the typical public health sector tend to be far less responsive.

According to the Harm Reduction International 2012 Report, the main target group for HR initiatives in the Middle East is homeless drug users—patients much different from those commonly treated by the region’s health sectors. HR is therefore sometimes regarded as a “dirty job,” while the health sector tends to steer its resources toward “average” clients—those who are able to provide an ID, are committed to treatment, and are able to follow the rules and instructions given. Although medical staff face patients with difficult and complicated disease conditions, such as nurses who treat and supervise patients after surgical operations, the difficulty of the work they perform is often followed by the reward of witnessing the patient’s recovery and treatment. In the practice of HR, such concrete rewards are less common. From a hierarchical perspective, too, medical staff may seek to maintain their positions of authority to an extent that is not conducive to HR.

Furthermore, traditional health systems tend to follow an “infectious disease model,” according to which health and well-being are defined as simply not being infected with an illness. A review of health-related endeavors throughout history reveals that when health systems are confronted with a new disease condition, the initial response is an attempt to “assimilate” the condition via the aforementioned institutional process and “digest” it. This approach has been effective for certain non-communicable diseases such as diabetes, but for mental disorders the assimilation mechanism fails. The reason perhaps lies in the fact that, historically, mental disorders, unlike “natural” diseases, have been subject to moral labeling and stigmatization. Therefore, the category of mental disorders has had to be “accommodated.” This accommodation mechanism—even if partial—is an evolutionary process needing much more time than assimilation.

HIV/AIDS is a multidimensional disease (that is, with biological, behavioral, and social properties) often seen (however unfairly) as existing along the border between infectious “disease” and moral “deviation.” The source is a virus, but at the same time, many carriers are people with intentional causal behaviors such as those who inject drugs, men who have sex with men, and women who work in the sex trade. From the dominant moral paradigm, these people are sometimes regarded as sinful and therefore “guilty;” hence, they may not enjoy the “right” to obtain services from the health system. Since substance use has long been categorized as a behavioral problem by the psychiatric profession and by the health sector as a whole, it remains one of the easiest targets for the scapegoating mechanism. In the Middle East, health systems have partially overcome—assimilated—the “infectious” side of HIV/AIDS. However, they have continued to stigmatize and have failed to accommodate the condition’s moral dimensions. In contrast, HR is a multidimensional approach with the capacity to deal with both aspects successfully.

In the West, HR appears to have been successful at stopping the spread of HIV and improving the lives of drug users. However, in the Middle East, the strategy has not been widely implemented. Centralized political power and top-down public health institutions have thus far been incompatible with HR’s community-driven approach. Governments and health sectors in the region often regard HR as “alien” because it accommodates practices widely considered unacceptable.

It seems unlikely that harm reduction will be adopted as the dominant drug policy or even that it will be practiced extensively in the Middle East any time soon. This bleak assessment does not rule out the possibility that patchy programs with limited coverage for the purpose of exhibition might be established. In fact, one can find scattered evidence of HR programs across the region—not, however, on a scale large enough to fulfill the public health objectives of this promising strategy.

Charles Ashbach and Victor Schermer, Object Relations, the Self, and the Group: A Conceptual Paradigm (London: Routledge, 1994).

Waltraud Ernst, Histories of the Normal and the Abnormal: Social and Cultural Histories of Norms and Normativity (London: Routledge, 2006).

UNAIDS, “Middle East and North Africa Ready to Scale Up Harm Reduction Services in its Response to AIDS,” April 13, 2011, http://www.unaids.org/en/resources/presscentre/featurestories/2011/april/20110413aihra/.