Egypt & the IMF: Conditions As Usual 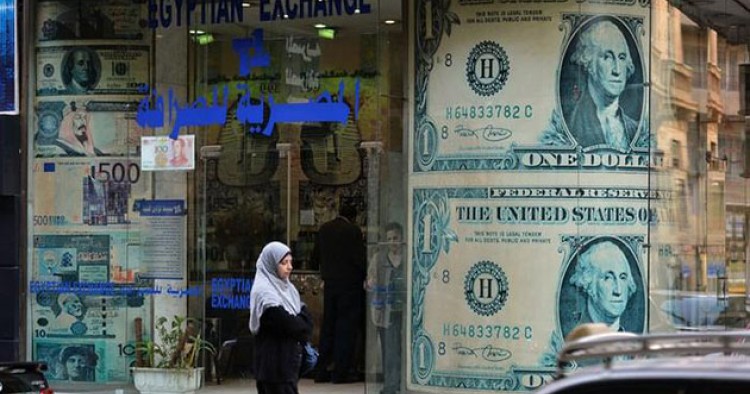 The negotiations for a potential loan from the International Monetary Fund (IMF) to Egypt have been one of the most contested issues in the country since the January 2011 revolution. Shortly after toppling the Mubarak regime, the Egyptian authorities and the IMF began a series of negotiations toward a loan for the amount of $4.8 billion.[1] These discussions have been occurring during a period in which Egypt’s budget deficit has been increasing and its foreign currency reserves, foreign investments, and returns from tourism have been declining. Consequently, the country has been experiencing a severe deceleration in growth rates.[2]

Yet Egypt’s economic and developmental ills did not begin after the revolution; they accumulated over previous decades and in fact contributed to the circumstances that brought about the revolution and its demands.

The IMF’s structural adjustment programs in the 1980s and beyond focused on stabilizing and restructuring economies in debt, including through the advancement of austerity measures, macroeconomic policies that targeted inflation, and privatization and liberalization.

Statistics from 1996 to 2009 illustrate the consequences of these policies. During these years, annual real economic growth ranged between 2.8 and 6.4 percent in Egypt, but productivity only grew between 0.3 and 3.7 percent on average.[3] The labor force stagnated at around 44 percent of the active population, mainly due to the low participation of women.[4] Unemployment remained close to 10 percent, with much higher rates among women and youth.[5] During this period, Egypt also suffered from deindustrialization and a decline in manufacturing capacities, from 22 percent of GDP in the 1970s to 17 percent in 2009.[6]

Thus, while Egypt’s economy appeared to grow, inequalities and poverty were increasing.[7] Wage depression, witnessed through a decrease in wages as the share of national income, reflected the marginalization of citizens as active economic actors.[8] Overall, the Egyptian economy was constructed around a kind of growth that neglected sustainable and sustained development as well as economic and social rights.

The potential IMF loan has been presented to the public as a support for a national economic program, as a means of unplugging additional sources of external financial support, and as a step toward the re-stabilization of the Egyptian economy.

Yet with every visit of the IMF team to Cairo, political, labor, and civil society groups[9] have taken to the streets in protest. Some groups stand in overall opposition to a loan from the IMF at this period in Egypt’s transition, whereas others oppose the process of the negotiations, highlighting the lack of transparency as well as what they see as misguided policy advice and preconditions associated with the loan, such as a cut in food and fuel subsidies and regressive taxation.[10]

In response, the IMF claims that it has changed its approach to interventions in Arab countries after witnessing popular quests for democratic transition in Morocco, Yemen, Jordan, and Tunisia,[11] where new loan agreements are already in place. According to IMF officials, the difference between the era of structural adjustment programs that began in the 1980s and the basis on which the Fund is currently operating in Arab countries is that the IMF now pays specific attention to the poor and recognizes that numbers do not tell the whole story.[12]

Egypt and the IMF: Before and After the Revolution

Despite the IMF’s reassurances that it has changed its approach, many still take issue with the potential loan. One of their primary concerns stems from the fact that the IMF often praised the economic choices of the Mubarak regime. Thus, the Fund is often associated with policies leading to the developmental regress from which Egypt suffered for decades.[13]

Indeed, just months before the revolution in 2011, the IMF lauded Egypt’s economic performance, sound macroeconomic management, and structural reforms. In April 2010, the IMF stated in a country assessment report (also known as an IMF Article IV report) that “five years of reforms and prudent macroeconomic policies have created the space needed to respond to the global financial crisis, and the supportive fiscal and monetary policies of the past year have been in line with staff’s advice.” This statement came at a time when the IMF was calling for even more austerity measures to contain public spending on wages and food and fuel subsidies, despite the fact that citizens were facing rising food prices due to global pricing fluctuations and would soon revolt in part due to their dire economic straits. In the same report, the IMF underlined the commitment of the Egyptian authorities to implementing the measures advised by IMF staff.[14]

Now, more than two years after the revolution, not a lot has changed.

Many expected that the Fund would conduct a genuine and serious review of its previous policy advice and show readiness to break away from inflation targeting and austerity policies.[15] In light of the global economic crisis and the failure to revive the Eurozone economies that are in recession, the IMF has undertaken reviews and has acknowledged mistakes in selected policy areas, such as its approach to capital controls and its austerity advice in the case of Greece.[16]

But when it comes to Egypt and Arab countries overall, the Fund continues to focus on the same policies, leaving ample doubt that it has undertaken a serious revision of its approach.

The Fund also consistently advances recommendations for reducing or dismantling tariffs, for widening the scope of liberalization, and for deregulation under investment policy.[17] These structural policies do not support a longer-term developmental reorientation of the economy toward sustainable, productive, and decent employment-generating growth.[18] Rapid liberalization, especially at a time of decline in productive and manufacturing capacities, leads to a rise in imports that is disproportionate to that of exports. Therefore, it would create larger trade deficits and put pressure on balance of payment positions, exposing the country to additional need for external financing and more debt accumulation.

It is worth noting that groups monitoring the IMF-Egypt deal have indicated that the plan presented by the Egyptian government as part of its negotiations with the Fund in November 2011[19] was also nothing but a replication of the IMF’s recommendations presented to the Mubarak government in 2010.[20]

The Need to Rethink Priorities

Overall, the vision that the IMF presents to Egypt is one of deeper liberalization and deregulation, without serious assessment of the implications that such policies have reaped for the country thus far.

Focusing on inflation, fiscal deficits, and servicing debt carried forward from years of unaccountable economic policymaking—the IMF loan’s prerogative—is too narrow a view of stabilization. The loan’s tenets will also restrict the space that the government will need to design a dynamic longer-term strategy that serves production, industrialization, decent employment, and social justice.

What is needed is a revision of macroeconomic policies with a focus on longer-term objectives to reverse the declining trends of productive capacities and share of wages in the GDP. There is also a need to redesign trade and investment policies to serve these broader objectives.

Egypt should not be faced with the choice between short-term, narrowly focused stabilization and longer-term developmental progress toward economic justice. Any external financing available to Egypt should be used to serve the collective redesign of national economic realities led by national stakeholders.

[4] El-Kady, el-Khafif, and Khalidi, “Liberalization and Employment in the Arab Region.”

[8] United Nations Commission for Trade and Development (UNCTAD) shows that for Egypt, Tunisia, and Morocco, the wage share has averaged around 33 percent of national income since the mid-1990s, with some short-lived improvement around 2005. After 2005, the wage share declined. UNCTAD, “Social Unrest Paves the Way: A Fresh Start for Economic Growth with Social Equity,” 2011.

[10] The Egyptian Center for Economic and Social Rights raised a case in the local courts (court case 56810) against the Egyptian president, prime minister, president of the Shura Council, and finance minister, demanding fulfillment of the obligation to reveal all relevant information related to negotiations of the IMF loan, including the economic plan proposed by the government, recommendations, and minutes emerging from meetings between the two sides. The Center indicates that neither the president nor the executive branch of government have the right to seal a deal with the IMF except after the election of a new parliament; otherwise, the process is unconstitutional. See the statement by Khaled Ali at http://anbamoscow.com/aworld/20130403/381331235.html and the statements of the independent labor unions at http://ctuws.com/?item=1247.

[13] See the timeline of Egypt’s history with the IMF at http://rebeleconomy.com/currencies/three-decades-of-egypt-imf-talks.

[15] It is widely predicted that a key condition required to access the IMF loan would be a promise by Egypt to unrealistically reduce its budget deficit from around 12 percent of GDP to 7.7 percent by 2014/2015, along with undertaking blanket cuts to subsidy programs. For more information, see Mohammed Mossallem, “The Illusion Dispelled—Egypt Economic Crisis: Causes—Alternatives—Remedies,” The Egyptian Initiative for Personal Rights, 2013, and Rick Rowden, “Egypt Should Say 'Yes' to Emergency Assistance, but 'No' to the Failed Development Model of the Past,” Center for Economic and Social Rights, 2013.

[16] Larry Elliott, Philip Inman, and Helena Smith, “IMF admits: We Failed to Realise the Damage Austerity would do to Greece,” The Guardian, 5 June 2013, http://www.guardian.co.uk/business/2013/jun/05/imf-underestimated-damage-austerity-would-do-to-greece, and “Washington Consensus: IMF Deals another Blow?” The Guardian, 5 December 2012, http://www.guardian.co.uk/global-development/poverty-matters/2012/dec/05/washington-consensus-imf.

[18] It is worth noting that Article I.2 of the IMF Articles of Agreement establishes that the IMF will work “to facilitate the expansion and balanced growth of international trade, and to contribute thereby to the promotion and maintenance of high levels of employment and real income and to the development of the productive resources of all members as primary objectives of economic policy.” See http://www.imf.org/External/Pubs/FT/AA/#art1.

[19] The National Plan for Economic and Social Reform in the Context of the Egyptian Government Plan 2012- 2014.

[20] Mahinour el-Badrawi, “Reading into the Economic Policy of the Current Egyptian Government,” Egyptian Center for Economic and Social Rights, 2013.