Is El Gouna the Next Hub for Arab Cinema? 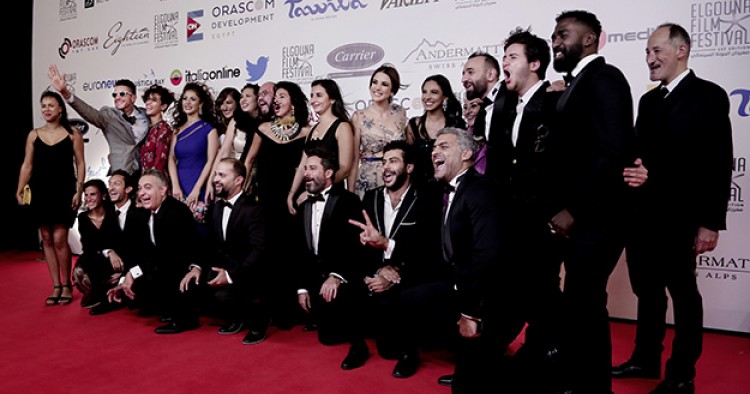 The view from El Gouna, the luxury Red Sea resort constructed in the late 1980s by Egyptian business tycoon Samih Sawiris, can be misleading. The plush yachts, pricey food menus and grand parties present an alternative reality to the financially-strapped, religiously conservative one of the capital. In other words, El Gouna is not Egypt. The industry’s muted, skeptic reaction to the establishment of an international film festival in Hurghada’s most affluent town this year was thus quite expected.

In the past 15 years, El Gouna has been transformed into both a hub for some of the hottest sports events in the country, and the ultimate party destination for the rich and famous. For a resort resided primarily by expats, El Gouna was certainly an odd choice to host what became the most expensive film festival in Egypt’s history.

Bankrolled by Sawiris and his brother, Naguib, El Gouna emerged at a time of political and cultural turmoil in the region. A film event offering grants, networking opportunities, industry discussions, and mentorship programs couldn’t be timelier. As an industry platform, and despite organizational glitches, El Gouna has proved to be a laudable success; a solid center for nurturing young talents and developing future projects. As a film festival, it’s different story, and there are several question marks shrouding both the intention and mechanism of the entire event.

A number of projects on display at the CineGouna platform—the industry arm of the fest—at this year's festival, September 22-29, showed great promise. Most distinguished in the work in progress selection were Lebanese Mounia Akl’s environmental tale Costa Brava and Egyptian Karim Hanafy’s wordless love story The Seventh Day Butterfly, both in the early development stage, along with Egyptian/Austrian Abu Bakr Shawky’s road trip Yomeddine, now in post-production. All films were notable for their aesthetic unconventionality and narrative assurance, announcing the birth of new exciting filmmakers. And yet, thematically, the selection felt safe…too safe perhaps.

In the subsequent years of the failed Arab Spring, censorship across the region has tightened its grip over every aspect of arts and culture, specifically cinema. Various films have been banned across the region, including the aforementioned In the Last Days of the City in Egypt, Mawlana in Lebanon, and Much Love in Morocco to name a few. New restrictions have been imposed on choice of films shown in the popular El Balad theater in Amman, not to mention the increase in monitoring of exhibition spaces all over the Arab world. All institutions, including film festivals, have caved to the demands of censorship rather than challenge them. And even though it might be a little premature to judge it, El Gouna showed no signs of deviating from the lot. Divisively political topics hence were absent from El Gouna’s cut; the same goes with issues of sexuality, religion, or alternate historical narratives.

Save for Ziad Doueiri’s controversial Lebanese courtroom drama The Insult, the same timidity similarly informed the official line-up of the festival. El Gouna launched under the vague slogan ‘Cinema for Humanity’ in an attempt to build bridges between cultures and reframe Egypt, and the Arab world by default, beyond political tensions and terrorism. From a sheer marketing perspective, that wasn’t an astute move. The intentions behind human rights or culture-bridging pictures have repeatedly been questioned over the years by programmers and journalists alike. Filmmakers charge screening fees for their movies, and festivals charge audiences to sustain their events. Cinema is not a non-profit entity, which is why the sole focus on subjects of this ilk has backfired of late, drawing accusation of exploitation and over-simplification.

There's a grave difference between political films and those with the human rights or culture bridging label. Political films take various forms: a same-sex love story; a noir thriller about police corruption; a social drama with an atheist character that doesn't get punished—movies that rely first and foremost on film language, toying with genre to explore their politics.

That's not the case with films screened for human rights festivals, or selections advocating culture bridging. New films by the likes of Ai Weiwei and Angelina Jolie, two examples screened at Gouna, are straightforward chronicles that touch upon the same topics you see in these festivals: wars and refugees. Their messages are clear, blunt and safe, and already well-known to their designated audience. The main difference between the two groups is that political films stir debate, tackle controversial subjects and give no easy answers. Films of the latter group, which have become a well-established brand, do the opposite. Such films do not challenge censorship.

The main impendent, however, in El Gouna’s ambitious plans of becoming a powerhouse fest in the region is El Gouna itself. Despite its stern efforts to attract Egypt’s biggest films stars, alongside Oscar winning star Forest Whitaker, iconic American director Oliver Stone, and American singer Vanessa Williams, El Gouna lacked the most imperative element needed for any film festival: an audience. Most screenings I attended were either half or completely empty, populated mostly by industry figures and journalists. For Arab filmmakers having their regional premieres in there, El Gouna was not a particularly accommodating venue. In this regard, the insistence on setting up an international competition seems a rather arbitrary choice for a fest searching for an identity.

The steeply-priced hotels, restaurants, and even Airbnb lodgings make El Gouna a festival out of reach to the middle class. No matter how successful their outreach programs could prove to be in the future, El Gouna will always be restricted to the upper-class audience that is willing to splash a few hundred dollars for movies they could soon get in Cairo. The organizers’ insistence on comparing El Gouna to Cannes is erroneous and unfounded: Cannes is largely an industry event where regular audience represent roughly ten percent of the attendance. If the festival’s intention is to promote El Gouna as a tourist destination, it may have targeted the wrong crowd.

The generally warm reception programmers and producers greeted CineGouna with affirms its potential as a potent industry lab comparable to Doha’s Qumra (an industry gathering in March that pairs some of the world’s biggest filmmakers with budding talents from the region). For filmmakers, El Gouna could prove to be a launch pad for their developing projects, capitalizing on the growing interest in Arab cinema. For producers and programmers, it could transpire to be a concise platform for discovering new talents from the region.

What will ultimately determine El Gouna’s success is the extent to which it can push envelopes—politically and aesthetically—with the films it backs. The gap left by the now axed Abu Dhabi Film Festival could finally be filled with El Gouna, but whether it can evolve from a functional film festival into the new mecca for the daring and new in Arab cinema remains to be seen.